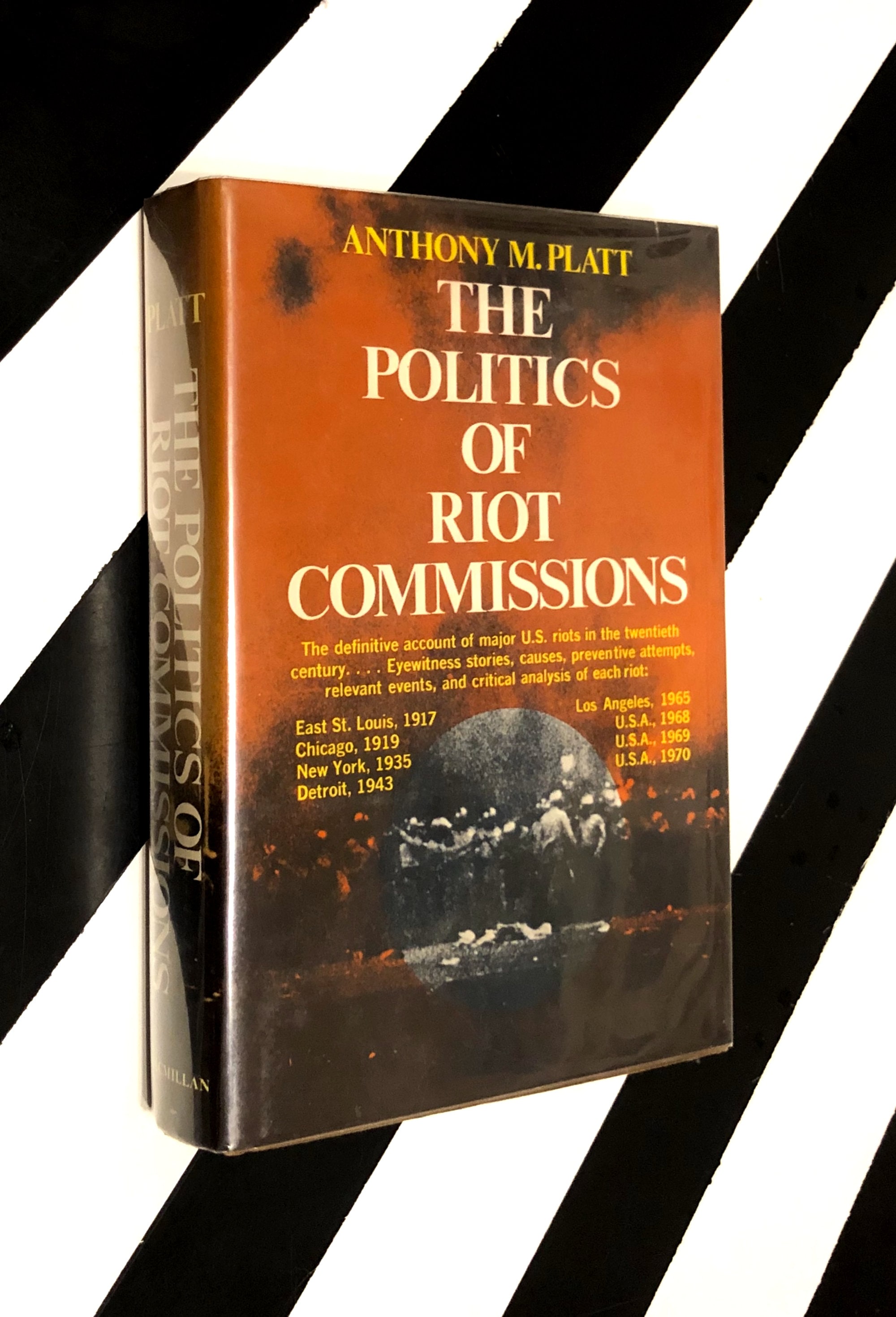 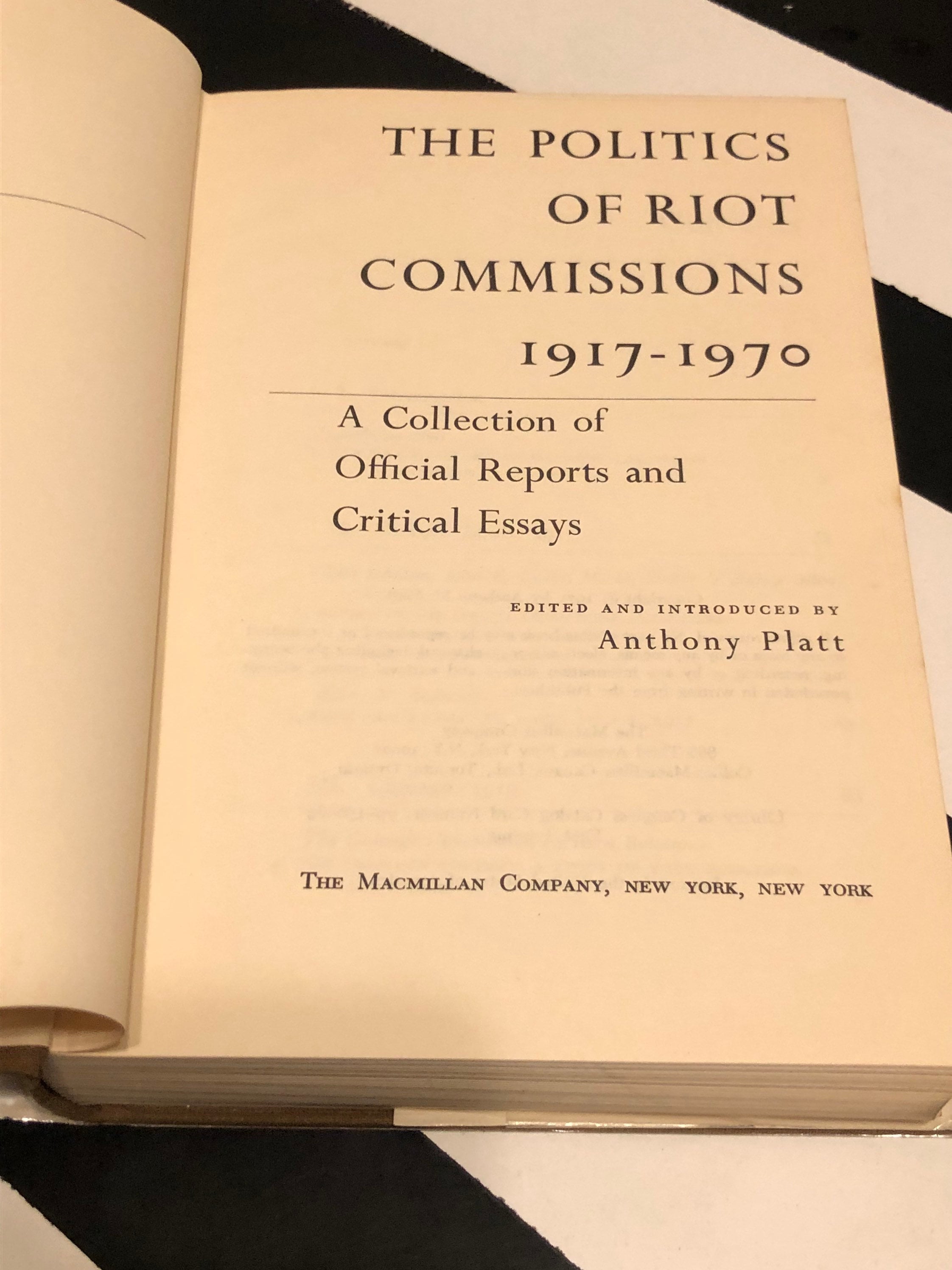 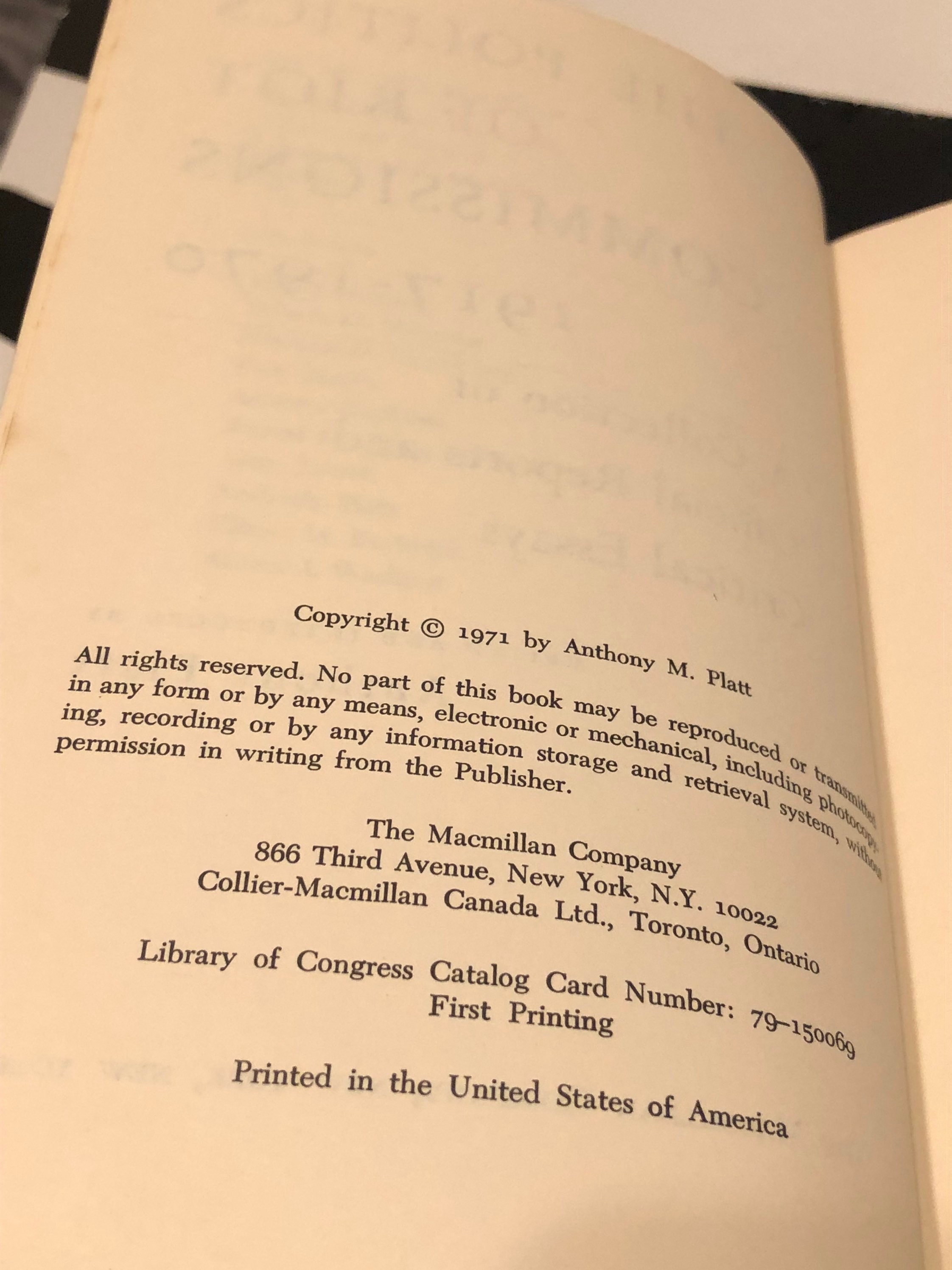 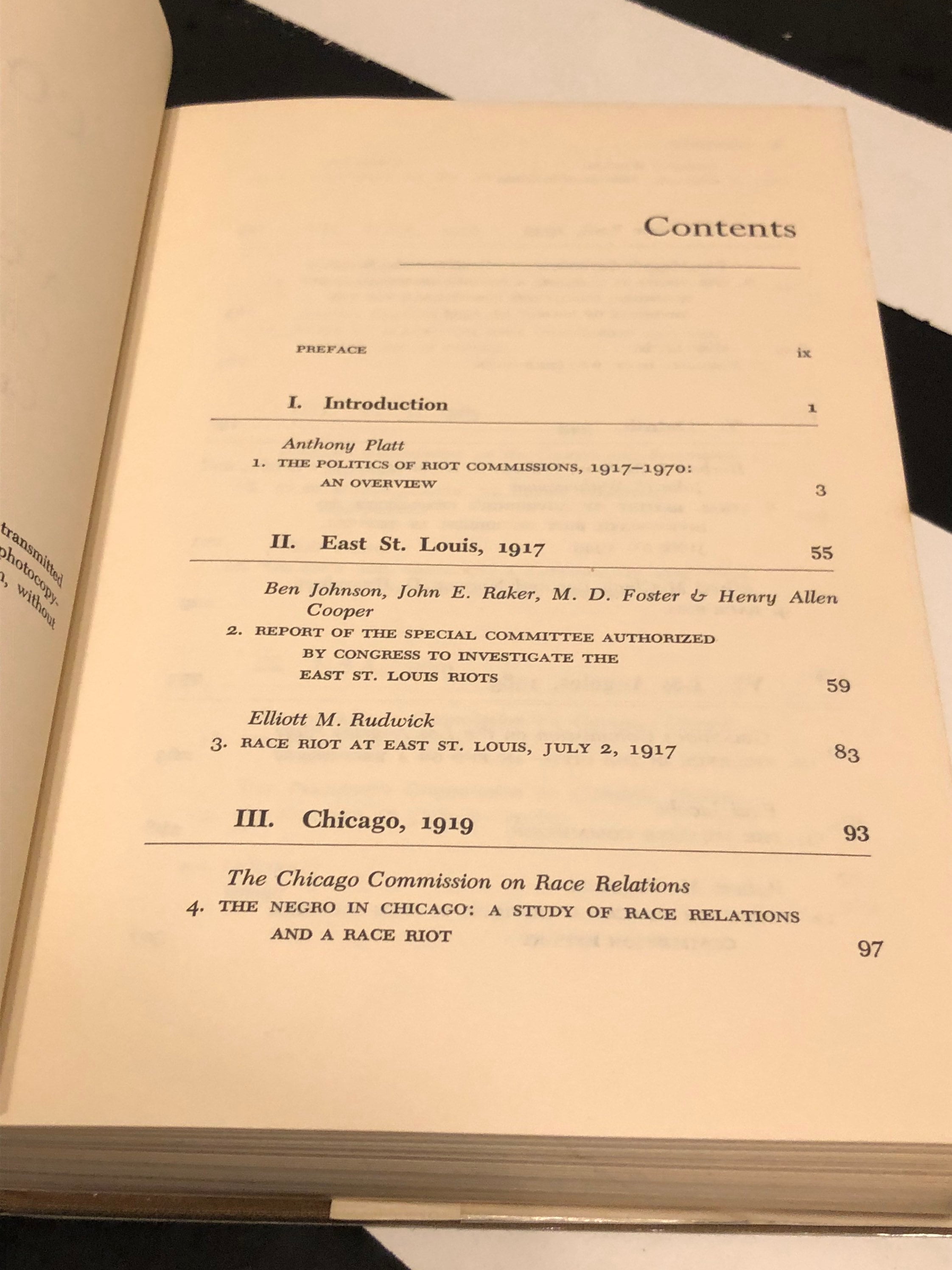 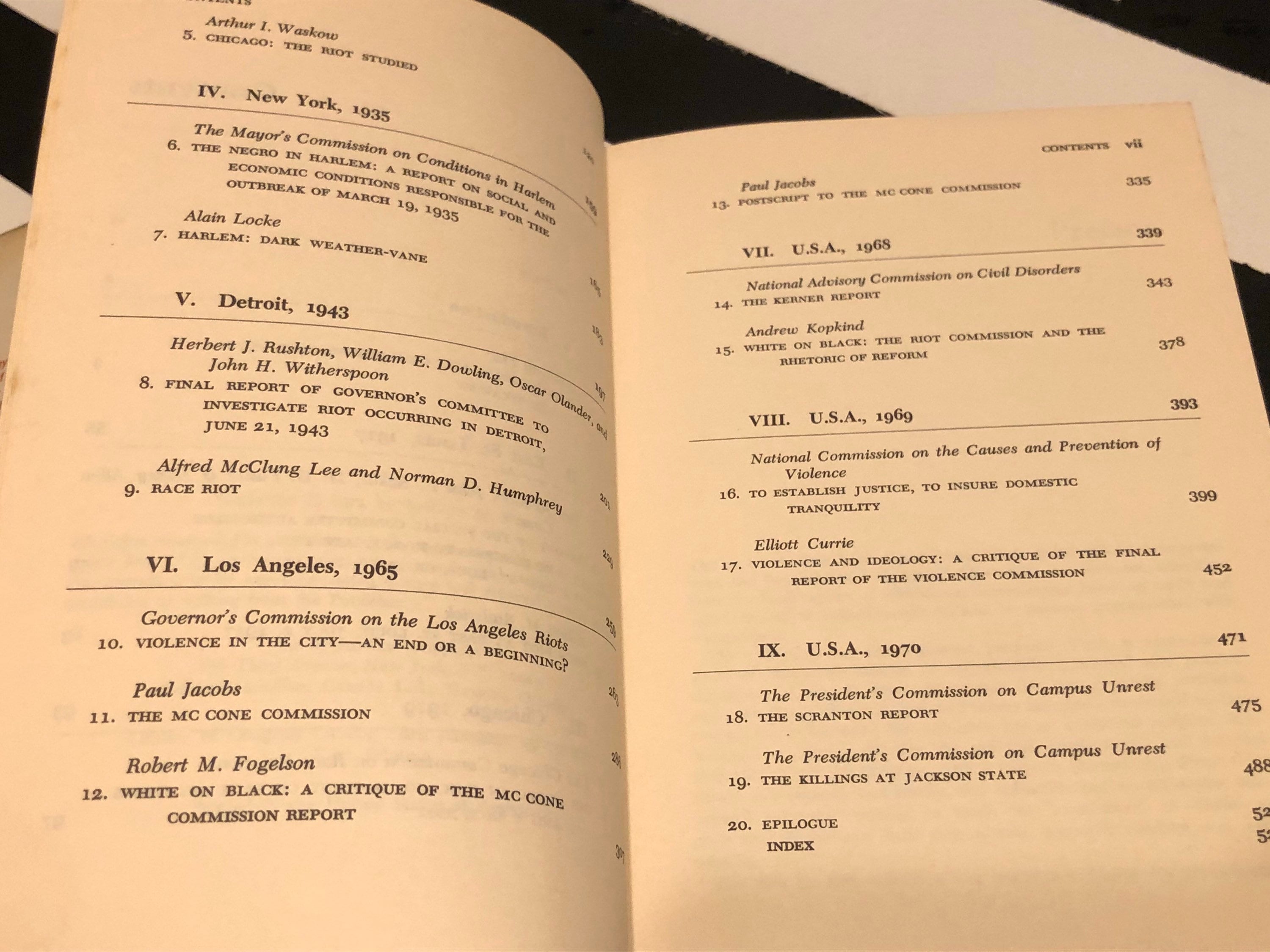 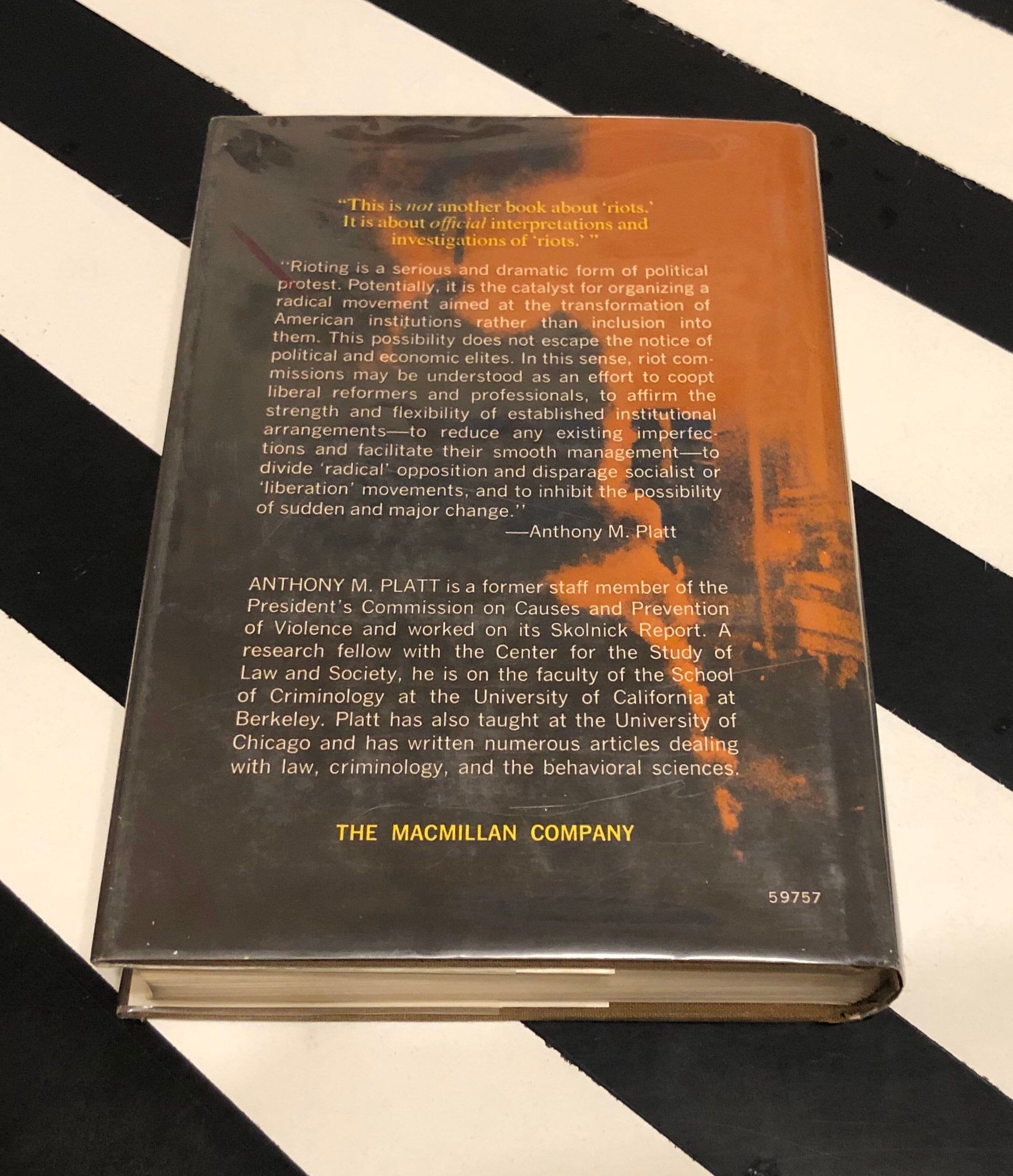 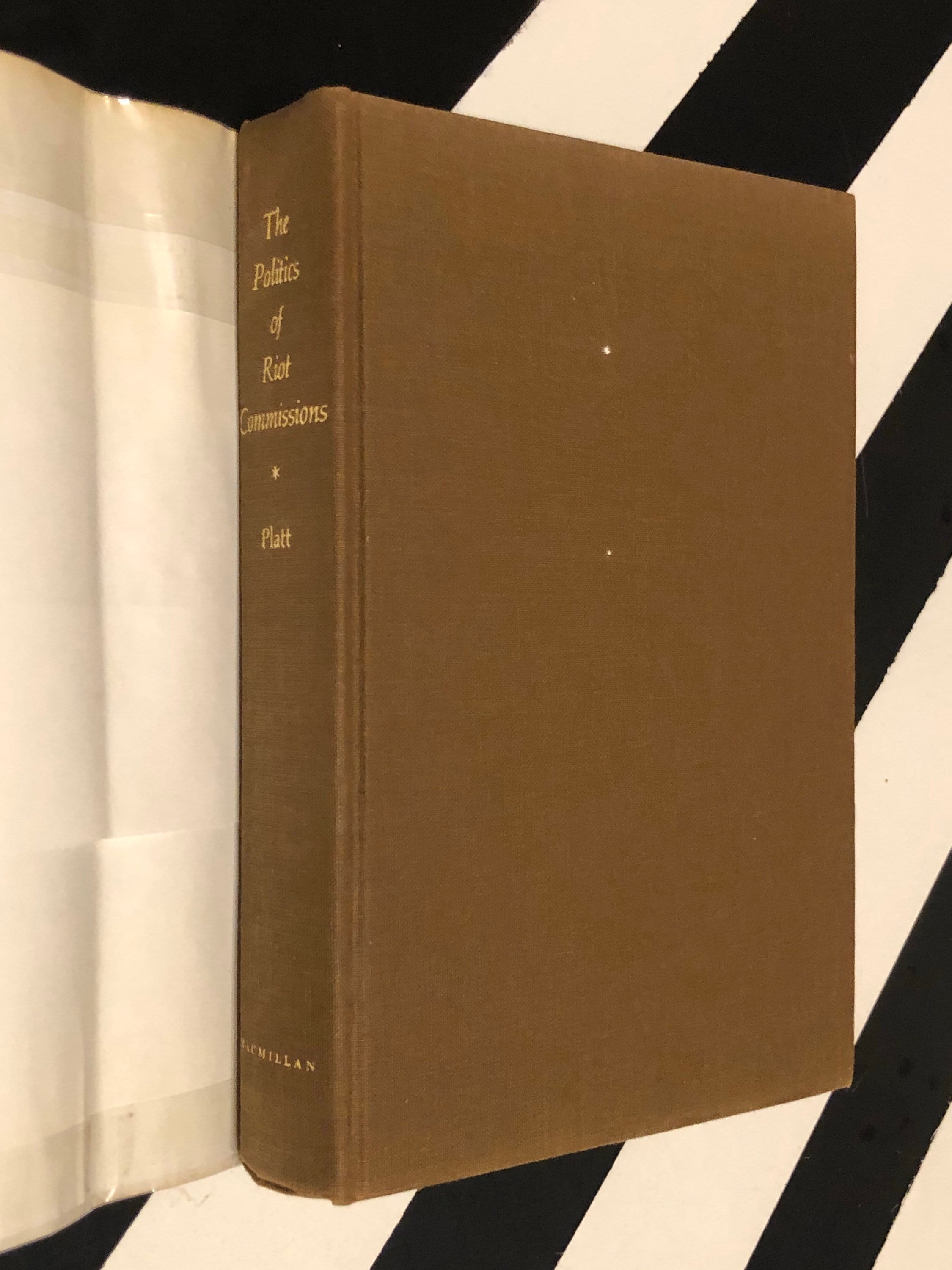 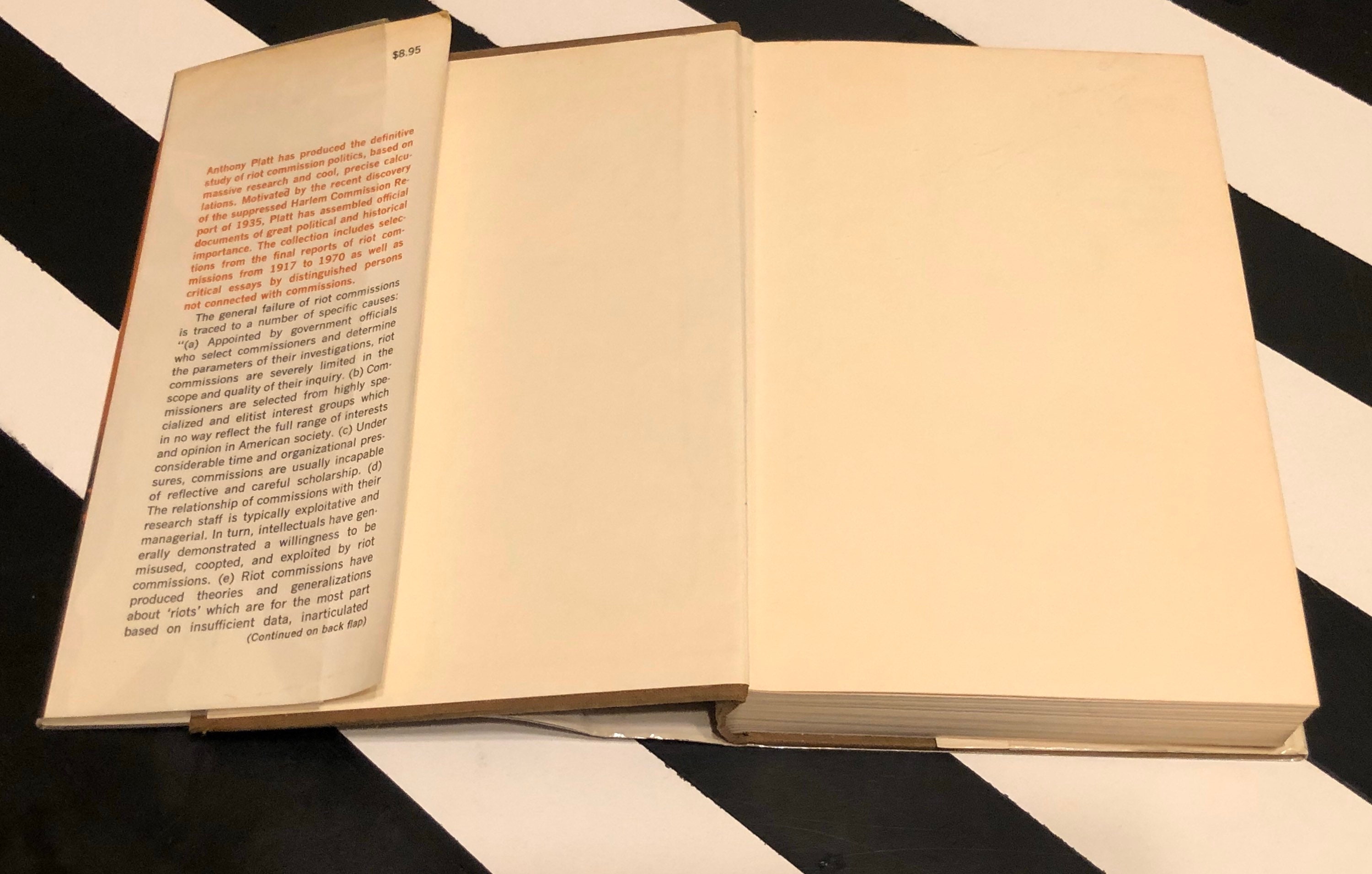 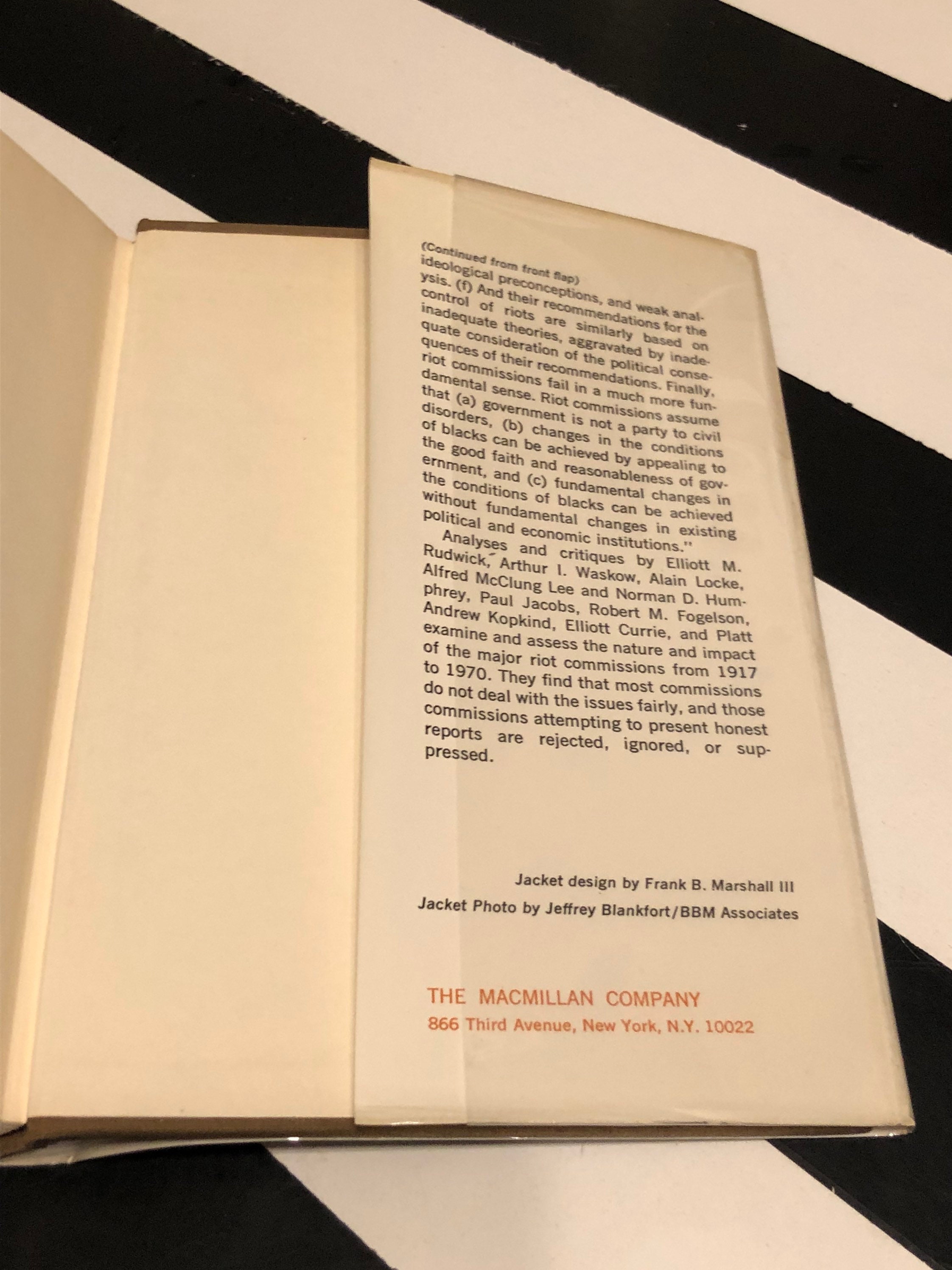 Edited and Introduced by Anthony Platt - The Politics of Riot Commissions, 1917-1970: A Collection of Official Reports and Critical Essays

New York, New York: The Macmillan Company, 1971. First printing. Hardcover. 8vo. Brown boards with gold lettering. 534pp., including the index. Fair condition. Faint (previously erased) pencil annotation to the upper edge of the front endpaper (see photos). Discoloration to text-block edge. Areas of creasing, scratching, and discoloration from age and previous use. The dust jacket is not price clipped ( shows original price of $8.95) and is in fair condition. Edgewear, foxing, some sun-fading to spine.

"The Definitive account of Major U. S. riots in the twentieth century...Eyewitness stories, causes, preventive attempts, relevant events, and critical analysis of each riot:

For more books in the Social Sciences section of The Modern First bookstore, click here: https://etsy.me/2D1Xkvn