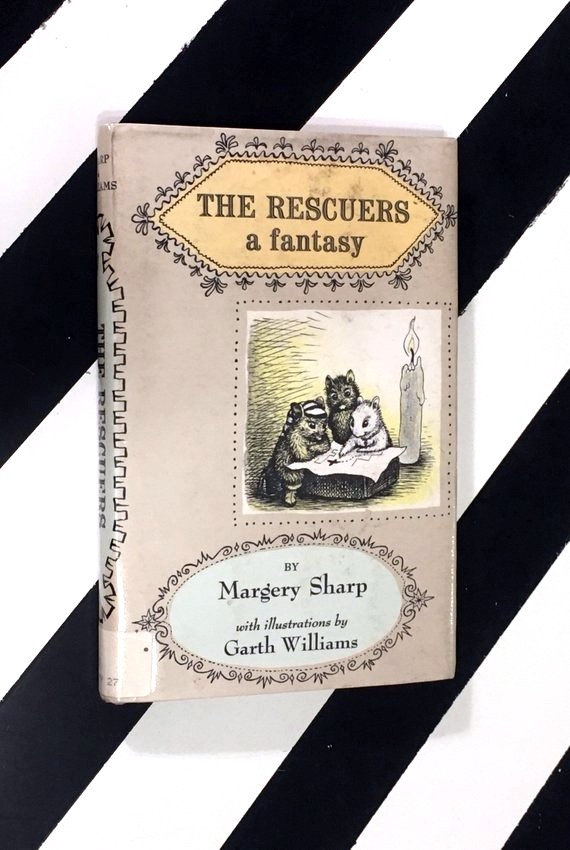 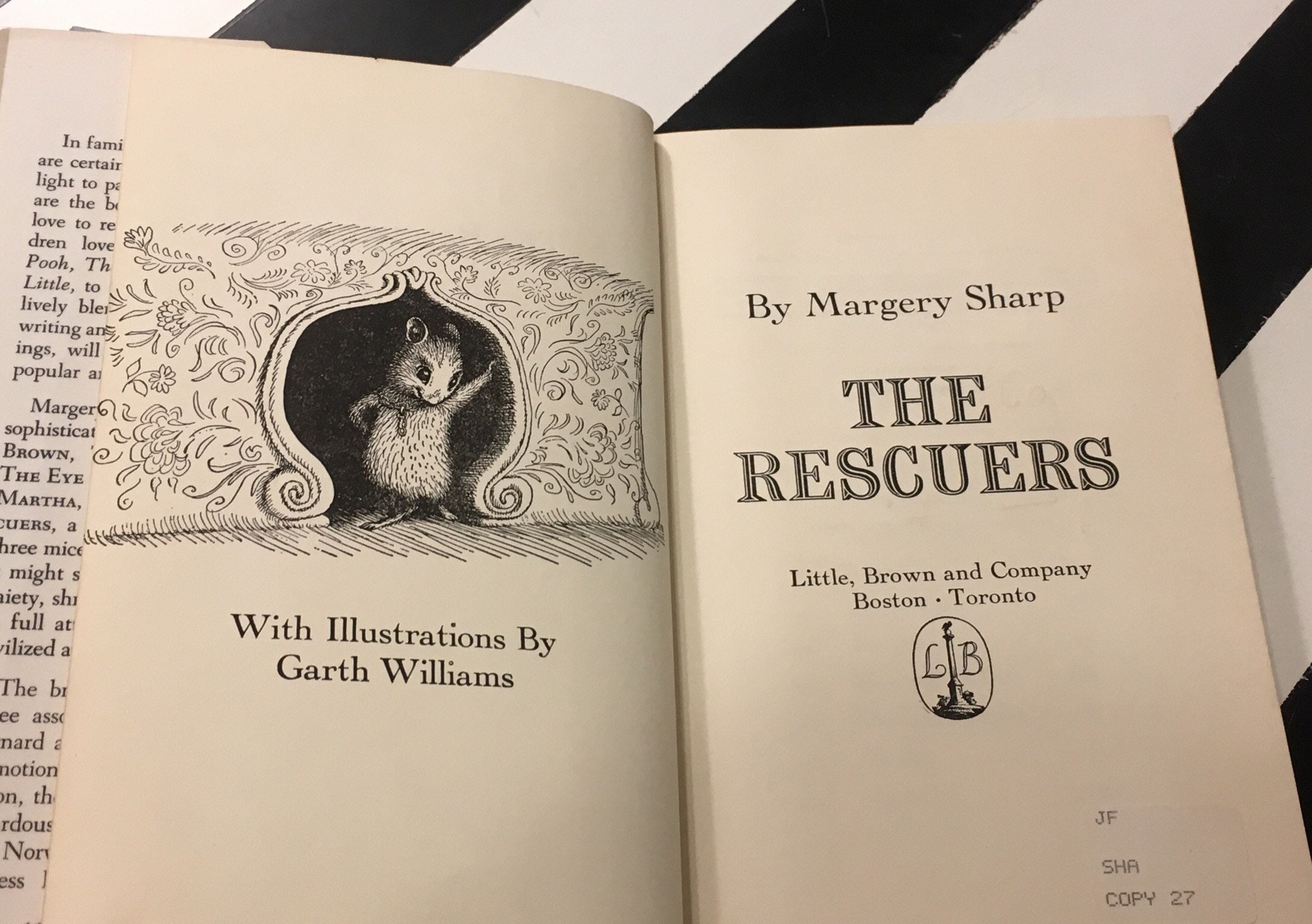 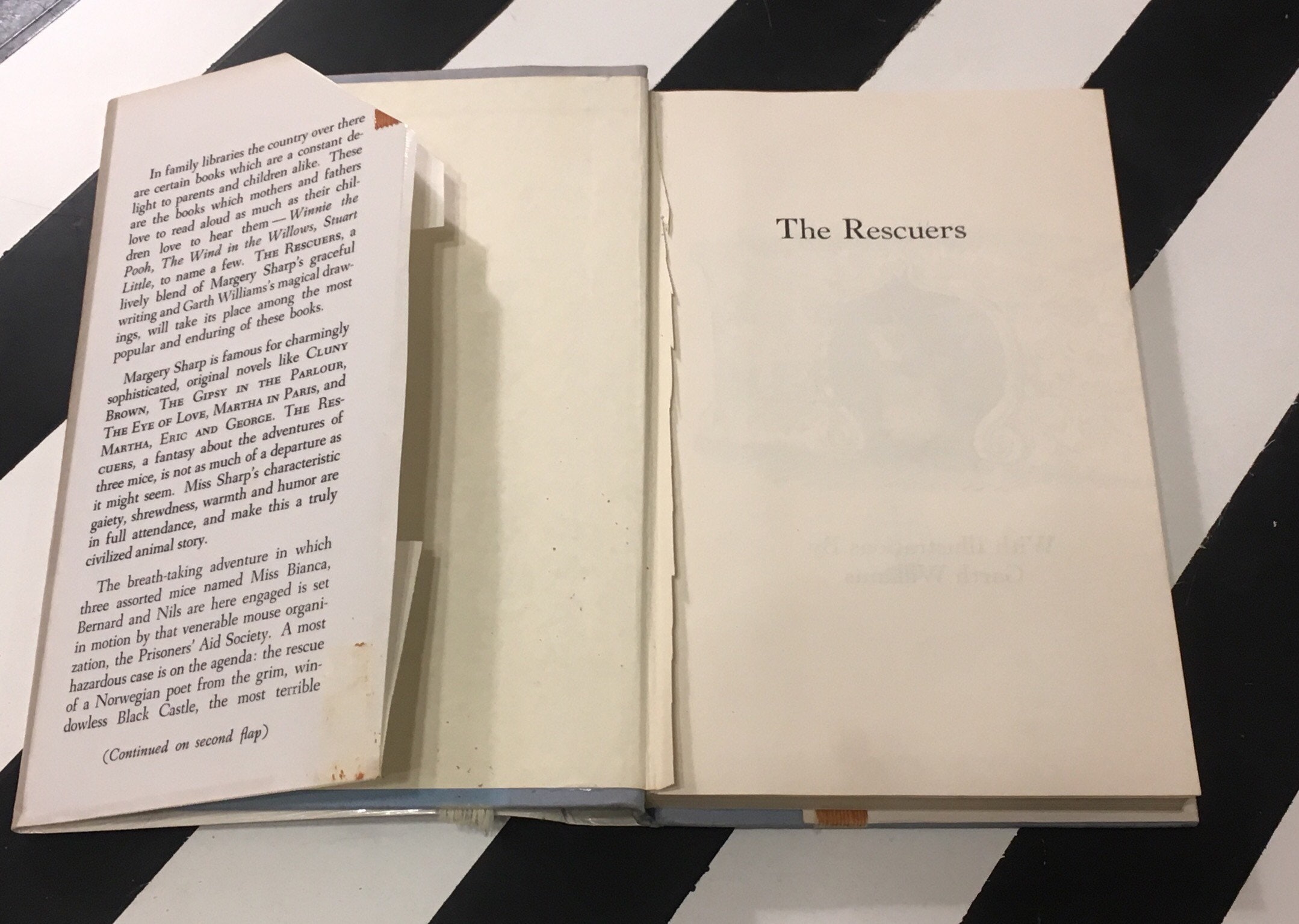 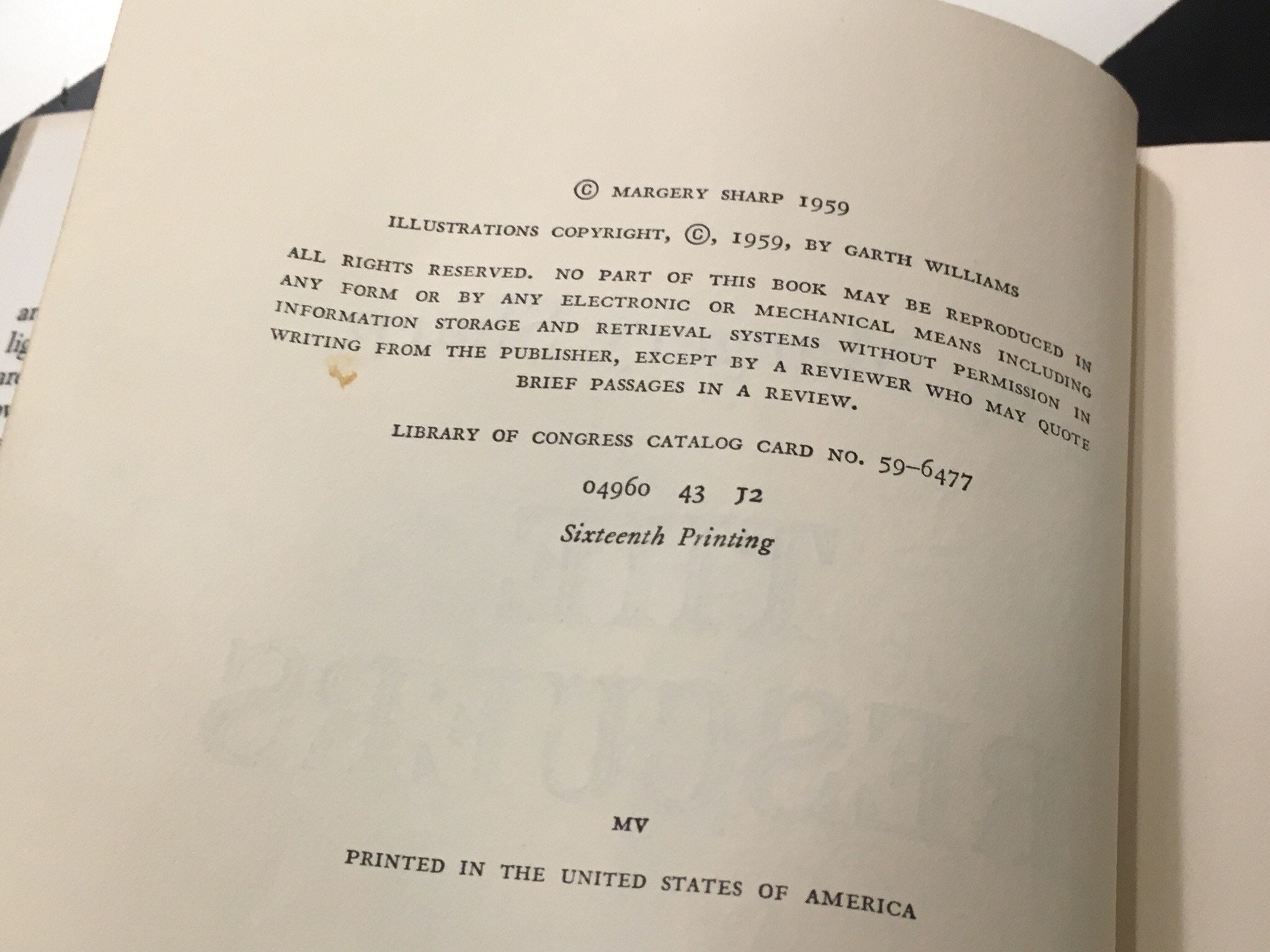 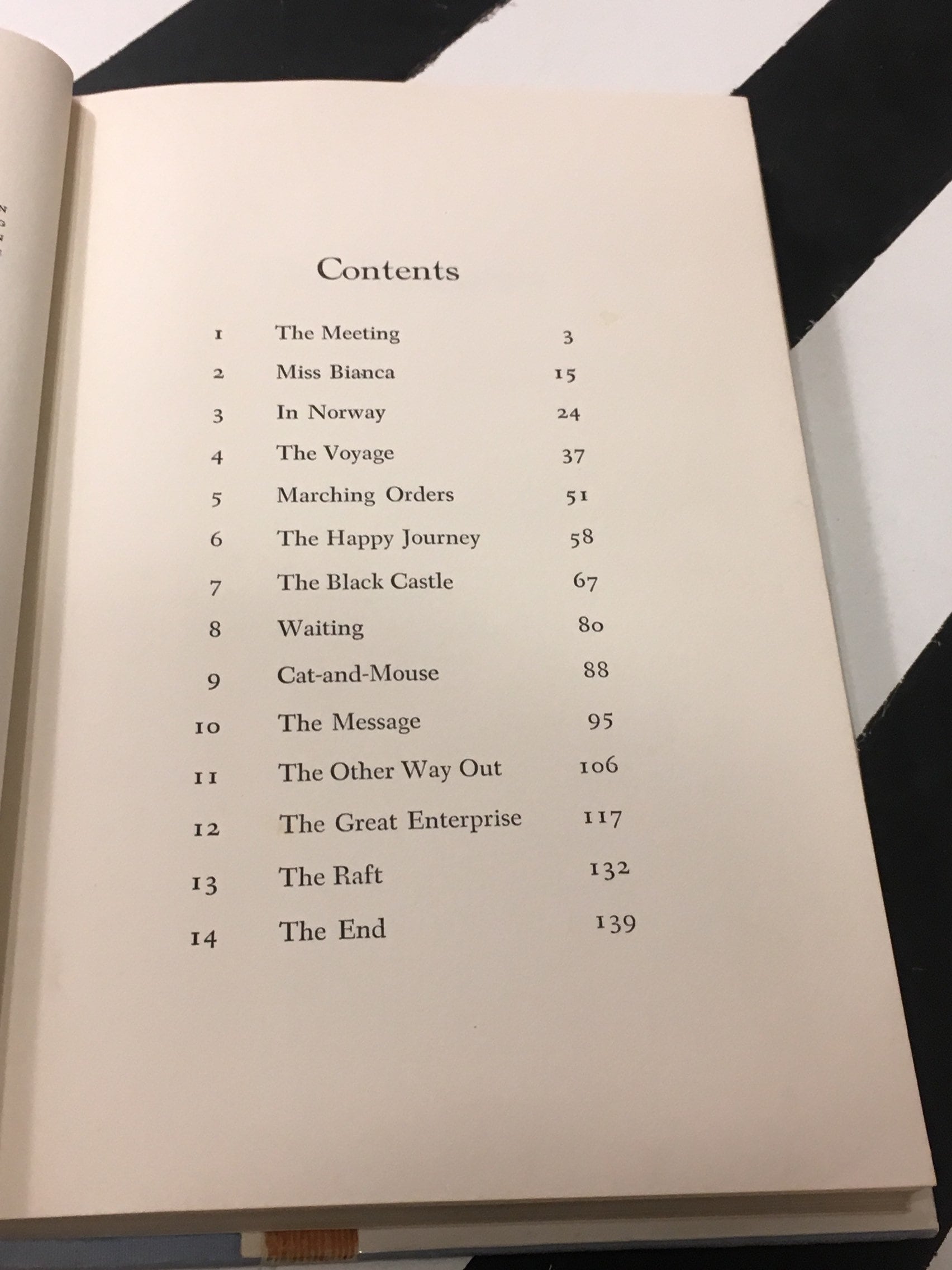 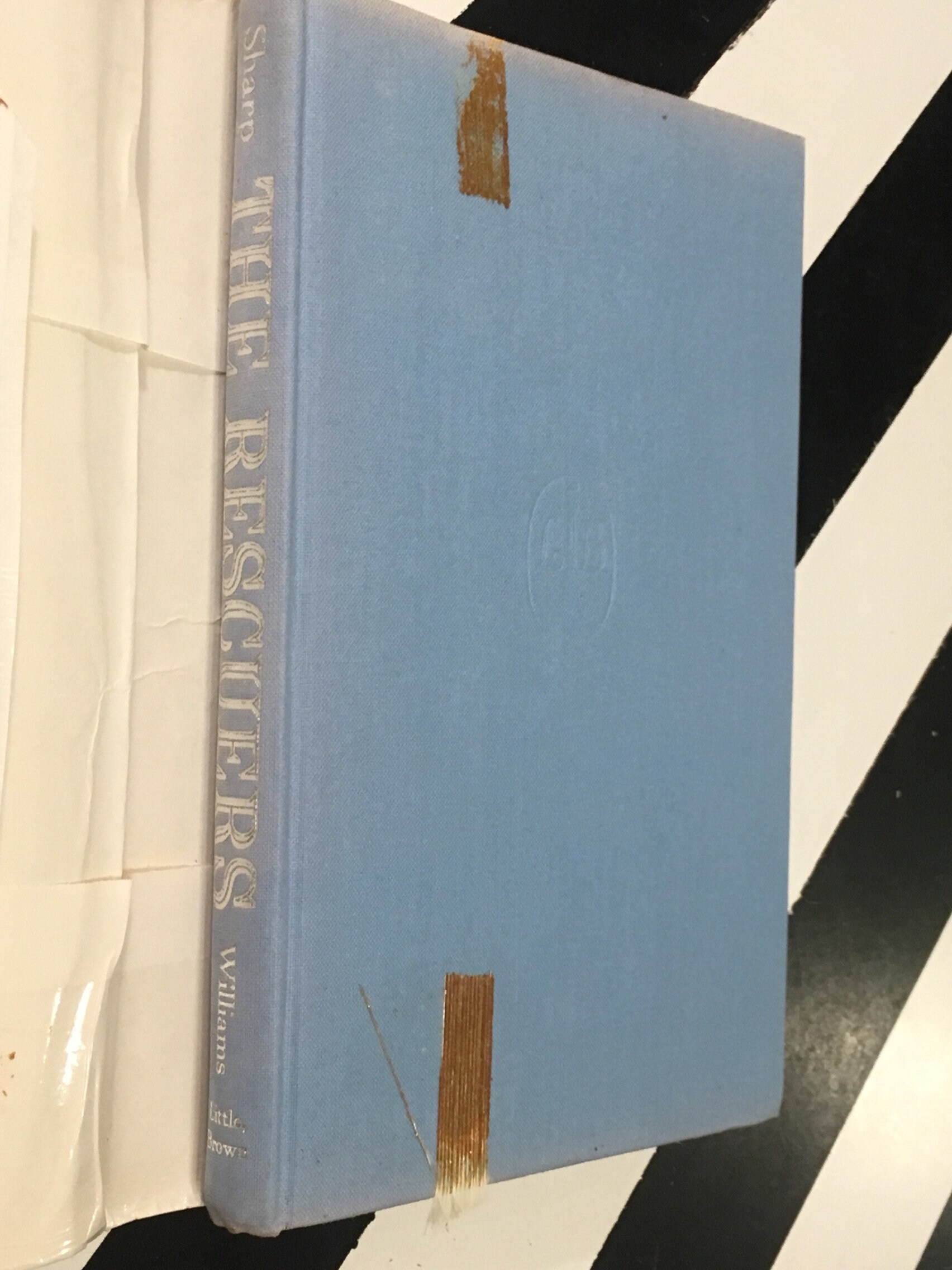 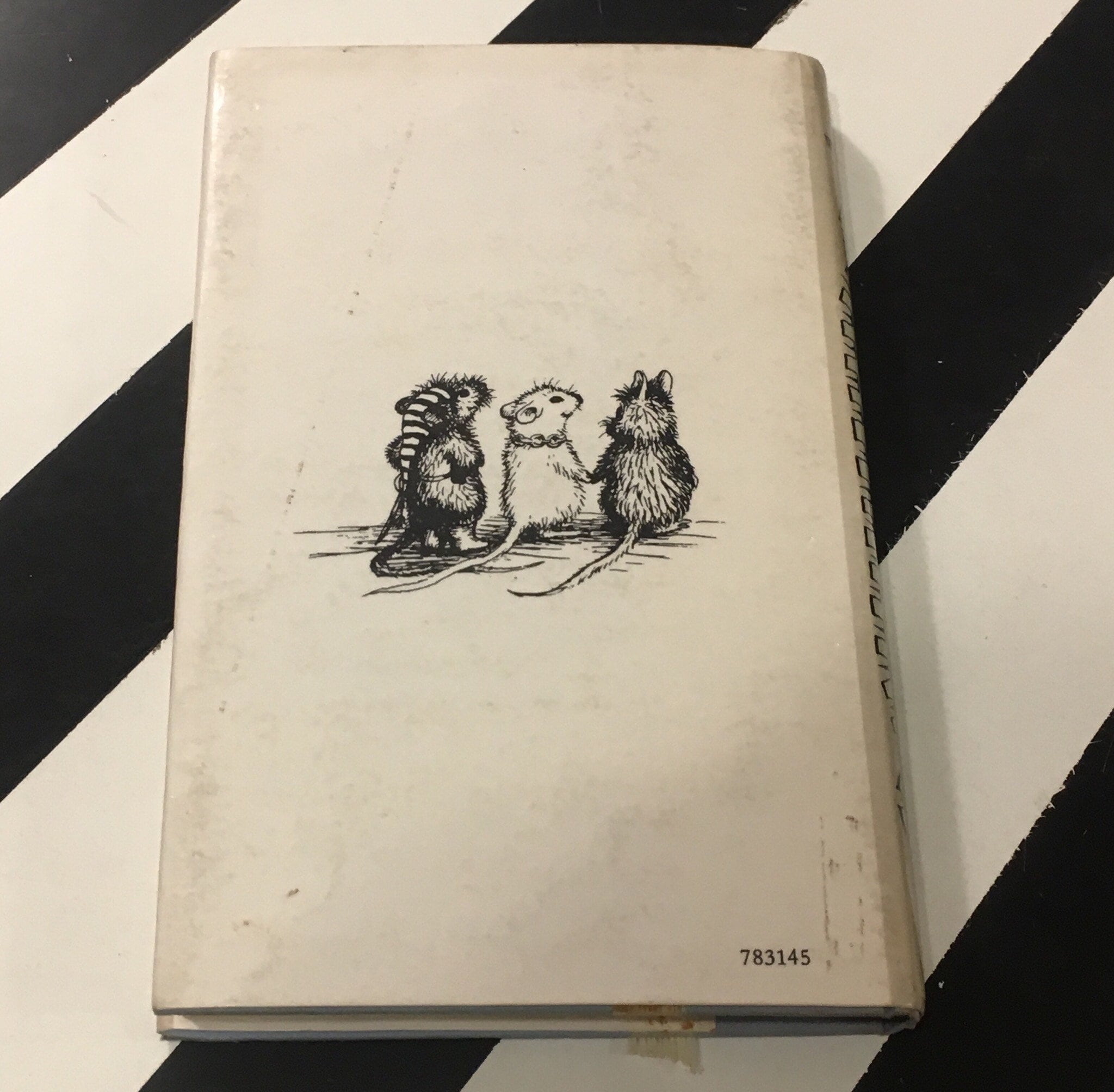 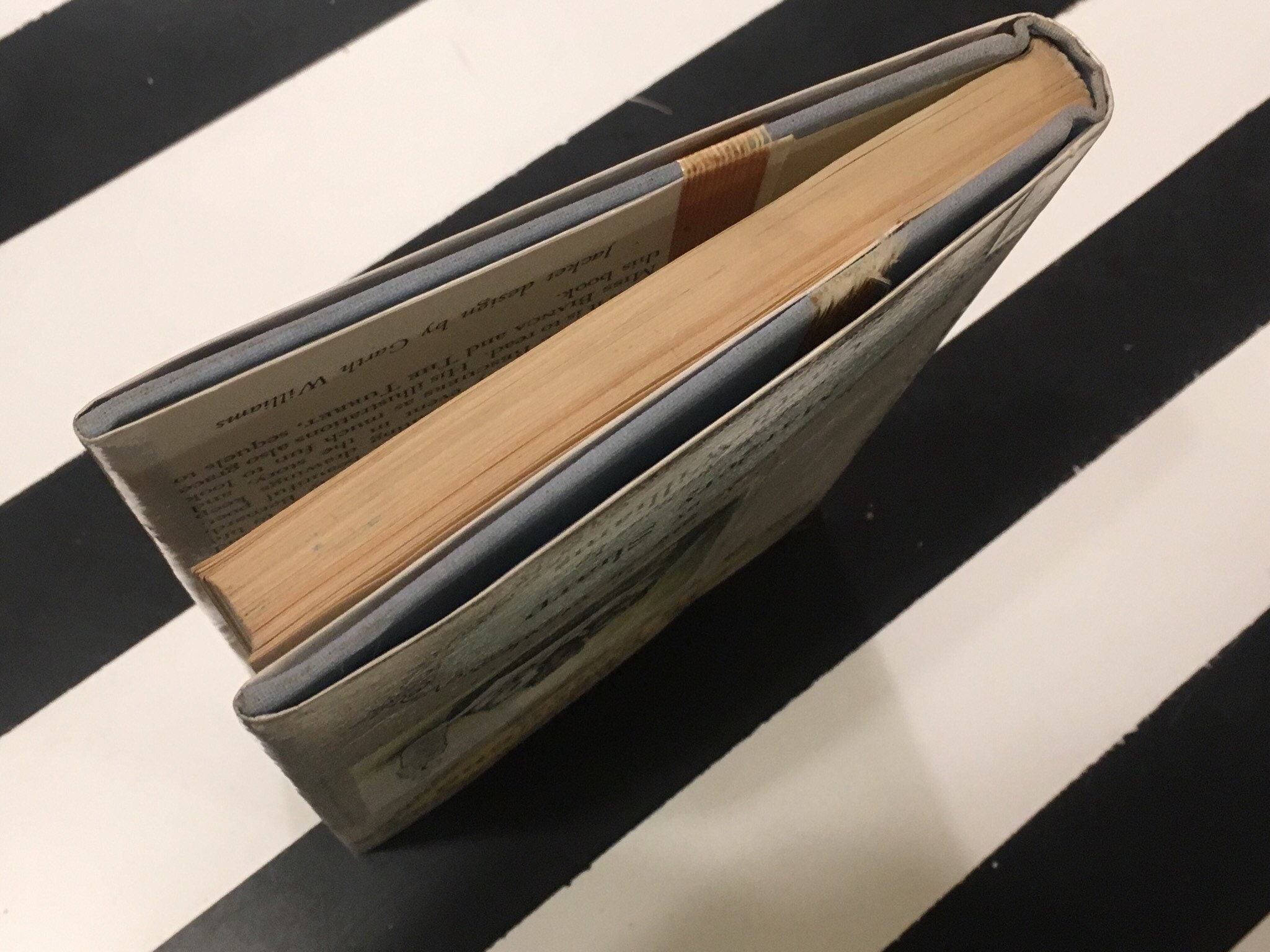 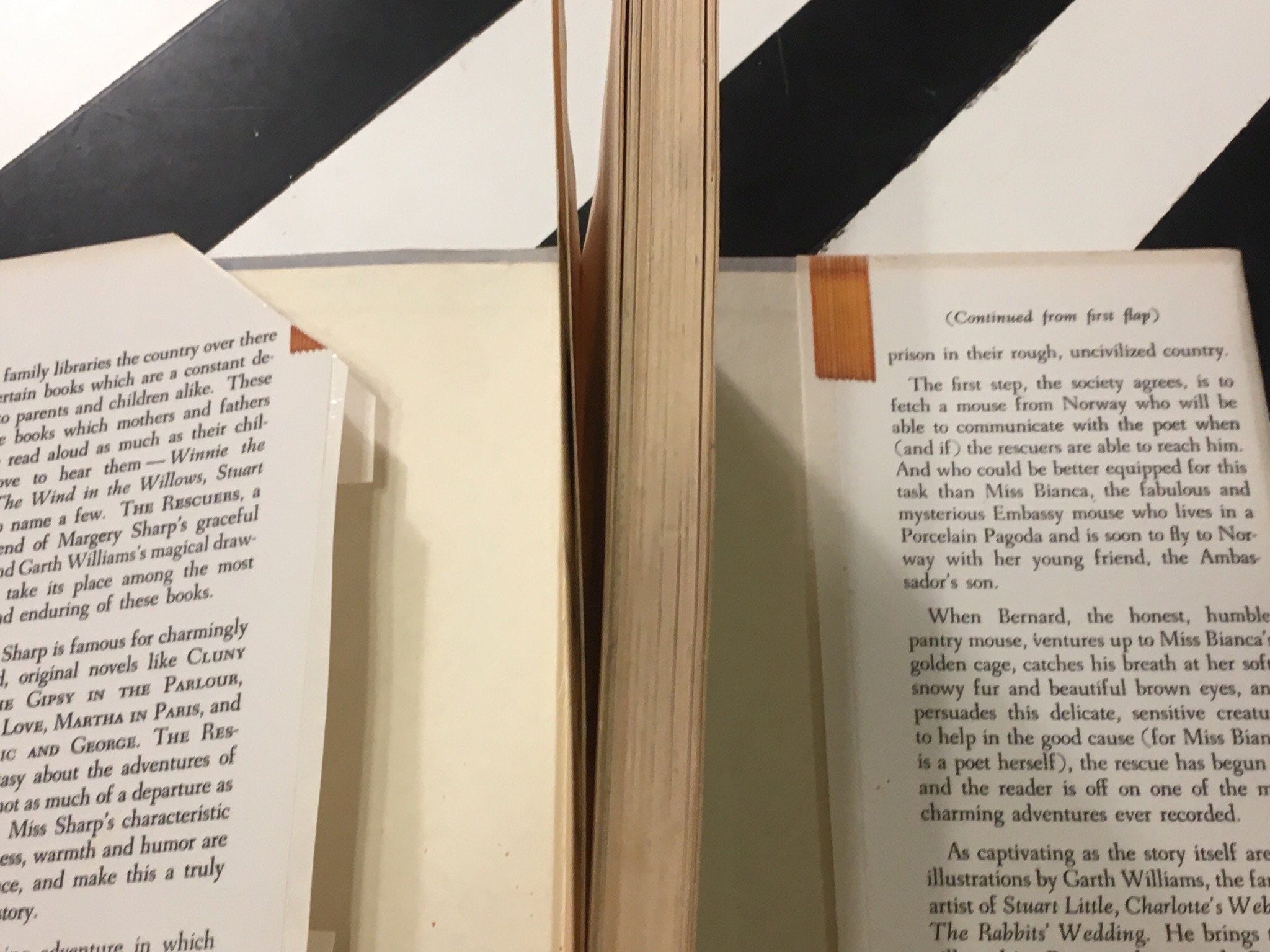 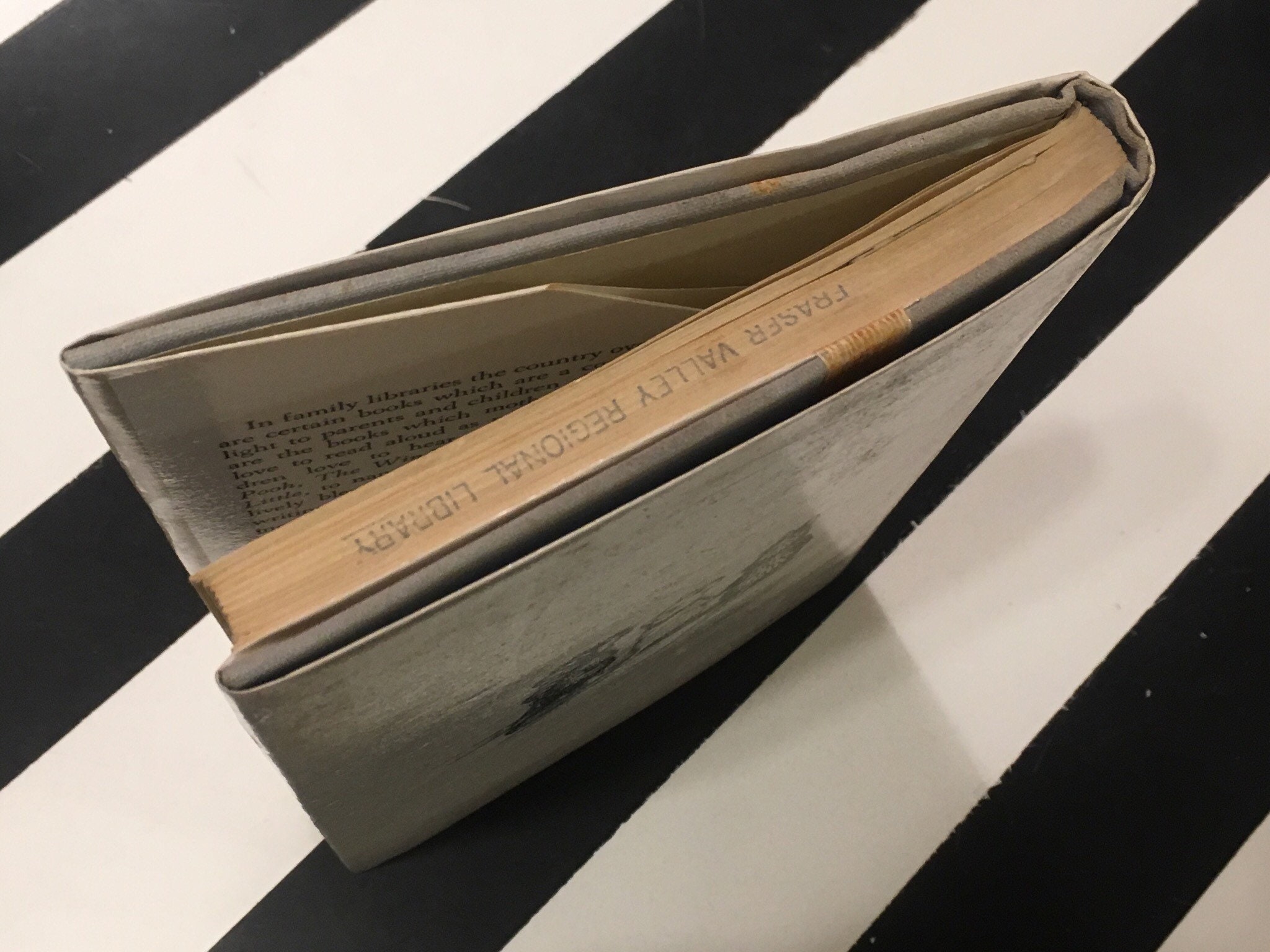 The Rescuers: A Fantasy by Margery Sharp with illustrations by Garth Williams (1959) hardcover book

Margery Sharp with illustrations by Garth Williams - The Rescuers: A Fantasy

Boston/Toronto: Little, Brown and Company, 1959 (the first edition was published in 1959 by Collins UK). American edition. Sixteenth Printing. Hardcover. 8vo. Blue boards with silver lettering. Ex-library copy with usual markings. 149pp. Illustrated by Garth Williams. Poor condition. Missing front endpapers. The binding is very slightly bent. Creasing, toning, scratching, rubbing, and areas of discoloration to the inner boards, endpapers, pages of the text, and the text-block edge. The dust jacket has been price clipped and is in fair condition. The dust jacket appears to have been laminated. Usual ex-libris markings. Creasing, toning, scratching, rubbing, and areas of discoloration to all the faces of the dust jacket.

The Rescuers is the story of the monied mouse, Miss Bianca, and her daring adventures saving animals in distress. Margery Sharp’s novel is the basis for the classic 1977 Disney Film of the same name.

I love this book! It is so beautiful and a great addition to my collection! Thank you so much !