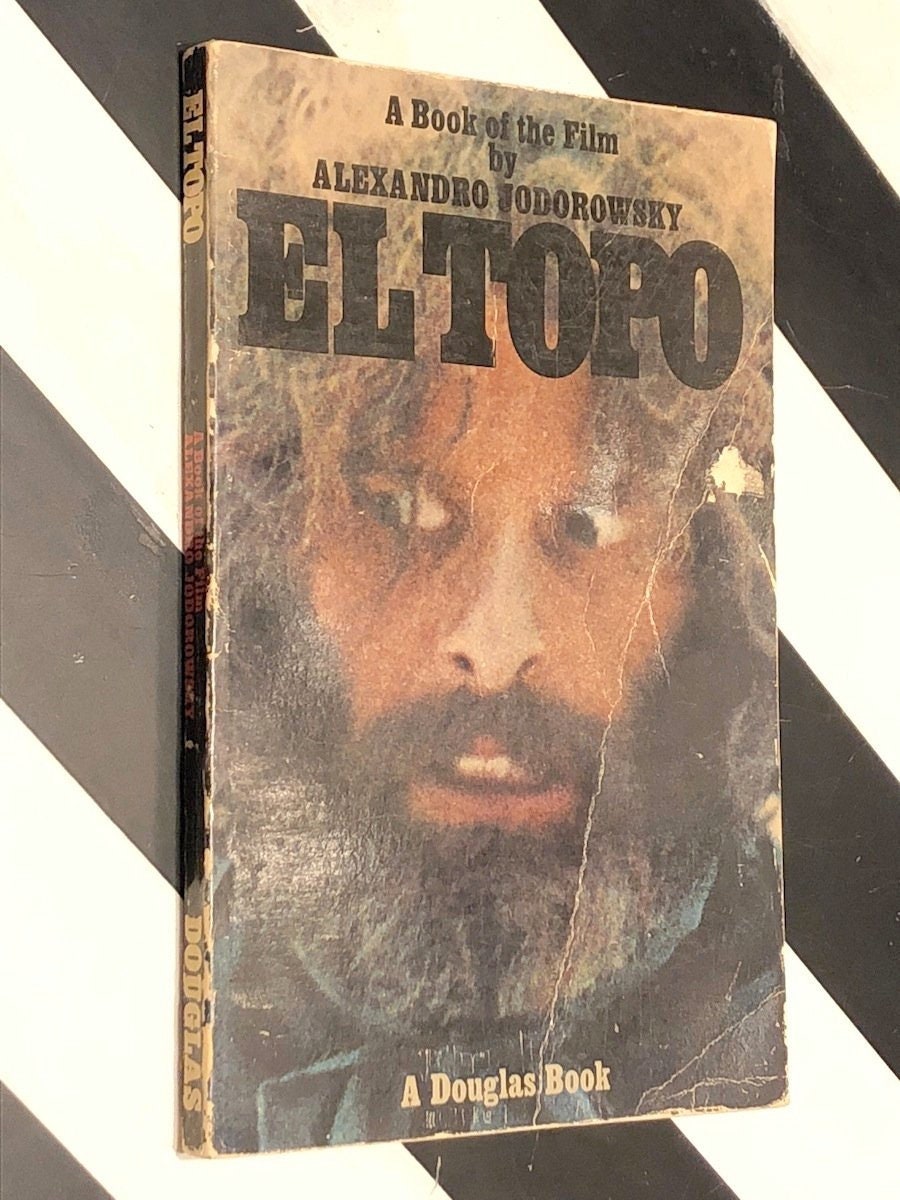 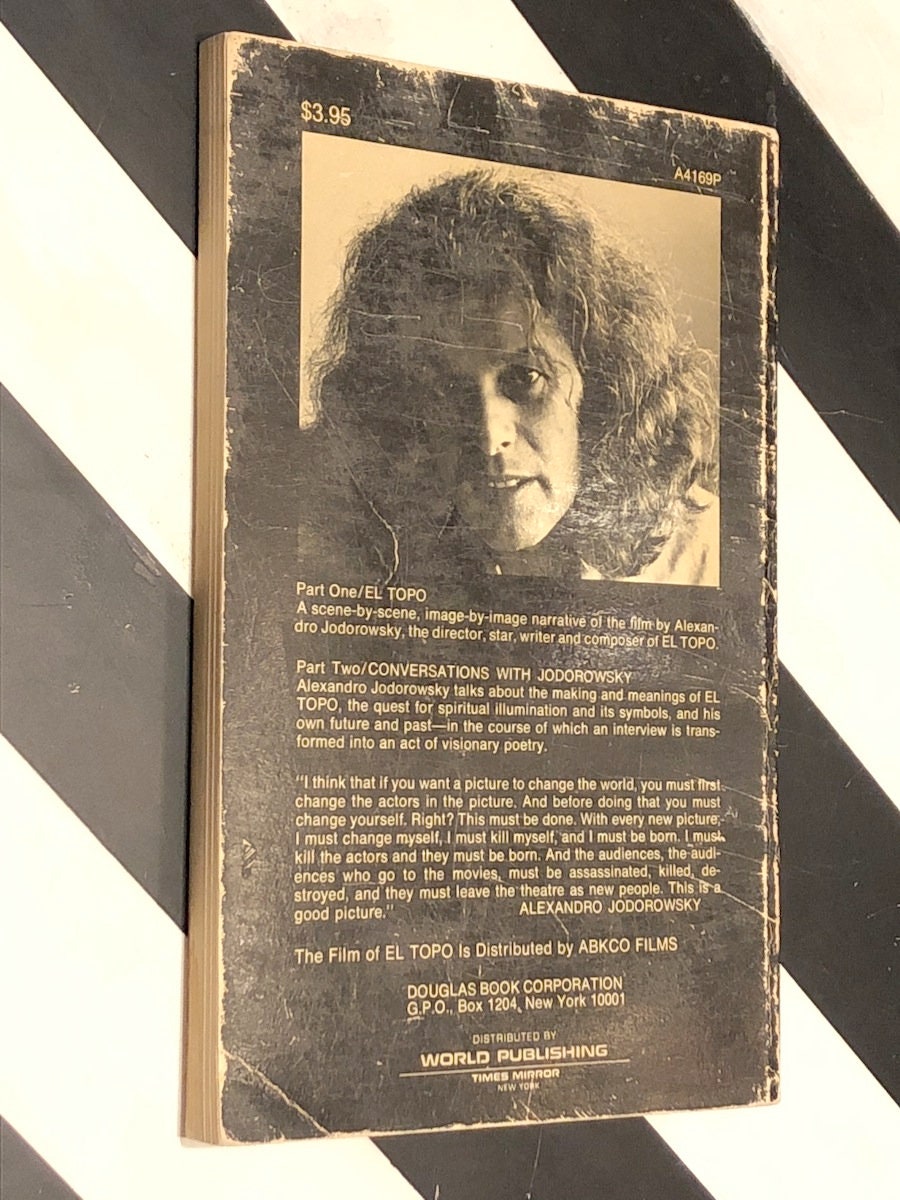 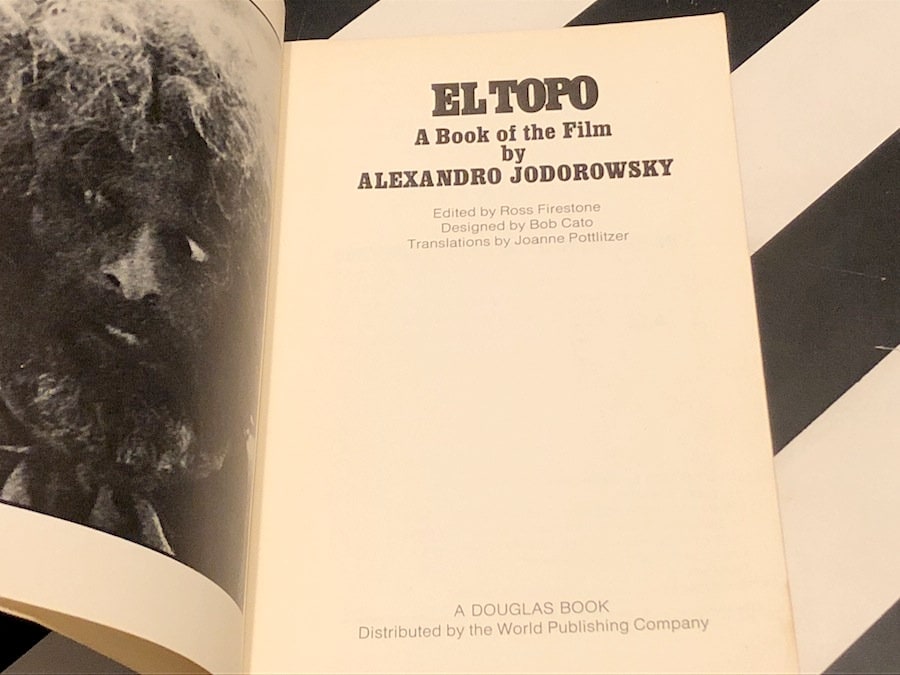 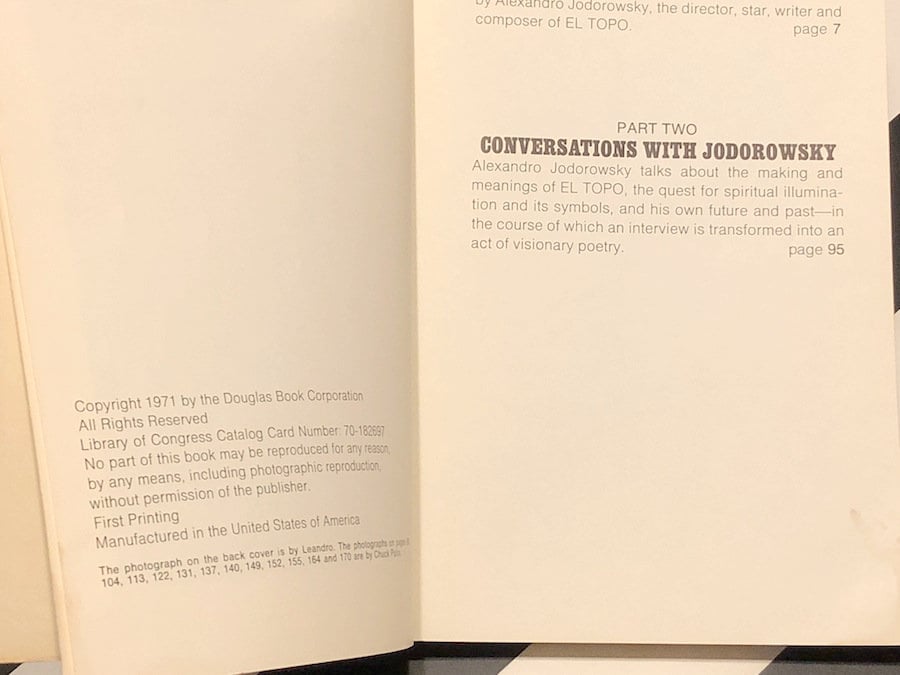 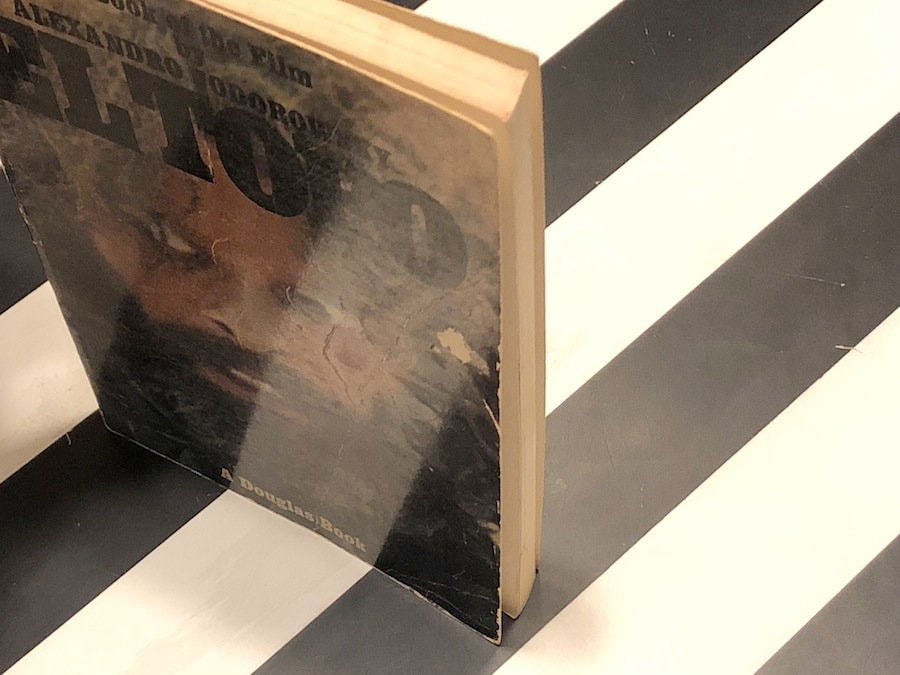 EL TOPO by Alexandro Jodorowsky, a Book of the Film (1971) paperback book

Alexandro Jodorowsky - El Topo: A Book of the Film

New York: Douglas Books, 1971. First edition. Paperback wraps. 8vo. 173pp. Edited by Ross Firestone, translations by Joanne Pottlitzer. Rubbing, creasing to covers (see photos). No markings to pages. This is the book of the film, split into two parts: A scene-by-scene transcript of the movie followed by an interview with the author. This legendary work is out of print and becoming quite scarce!