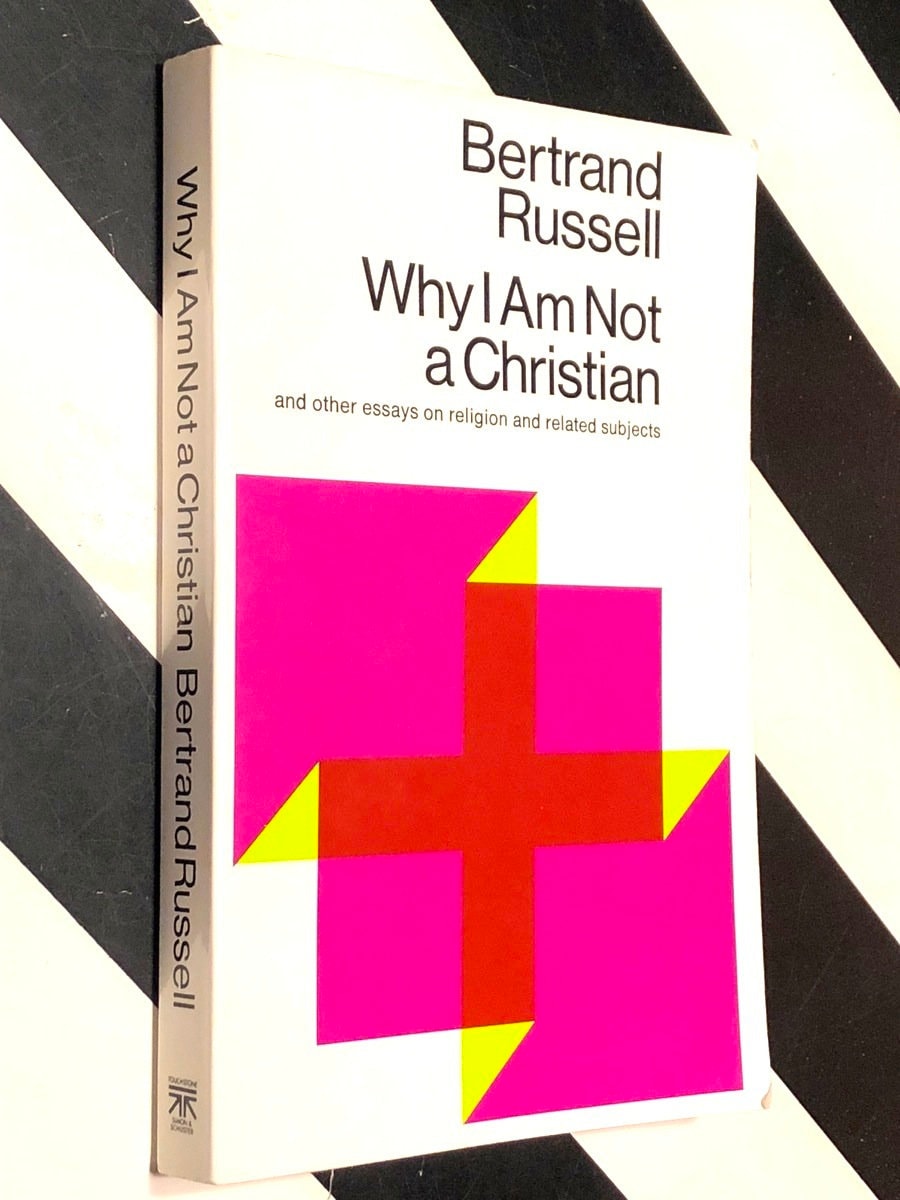 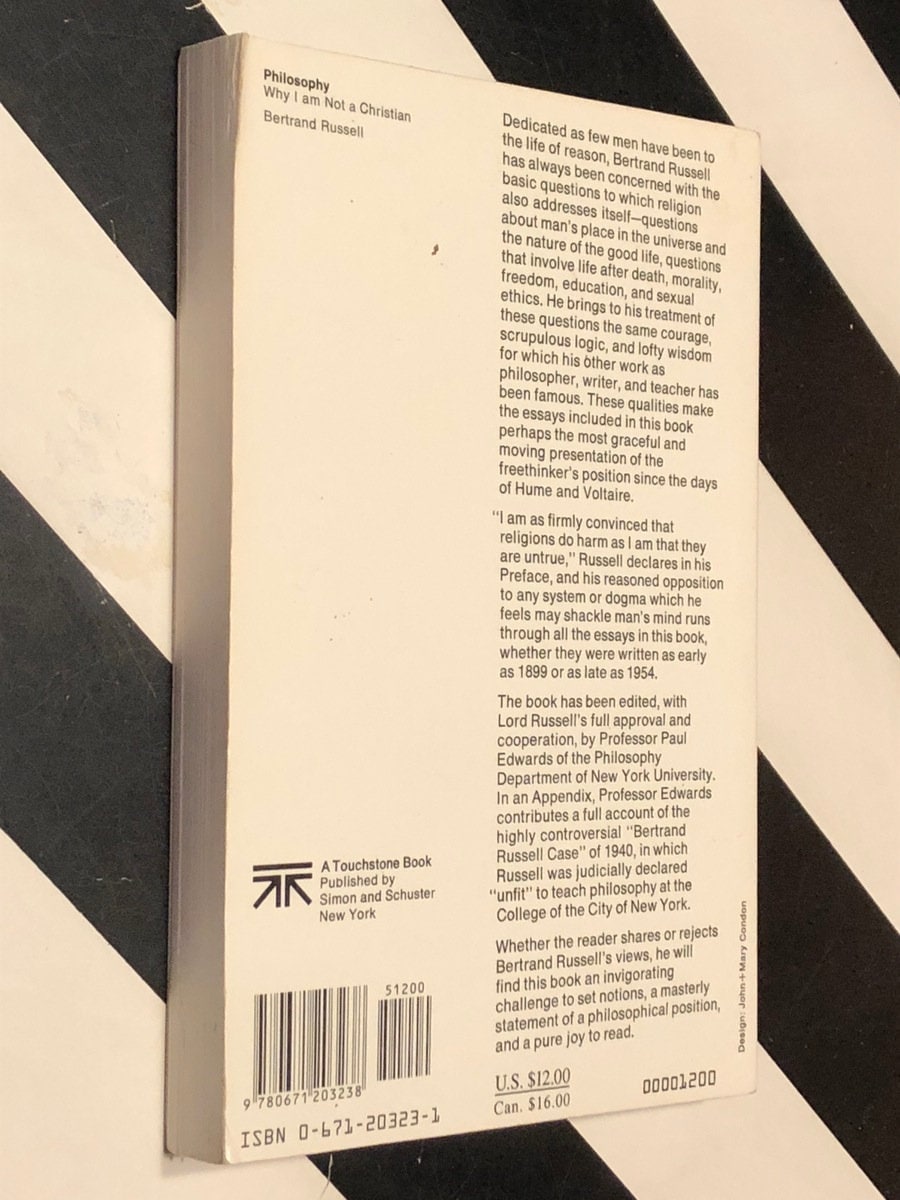 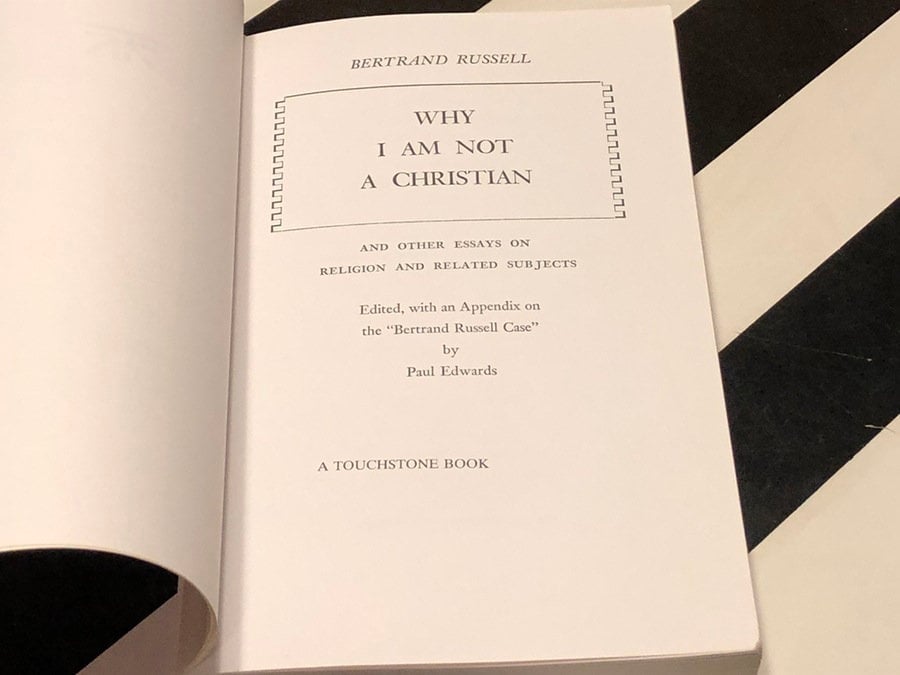 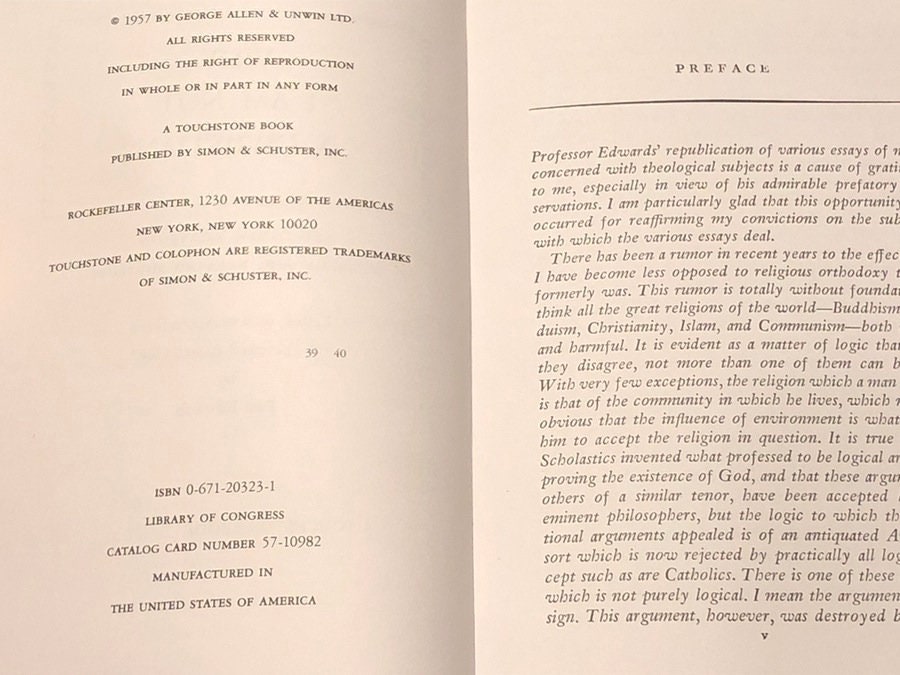 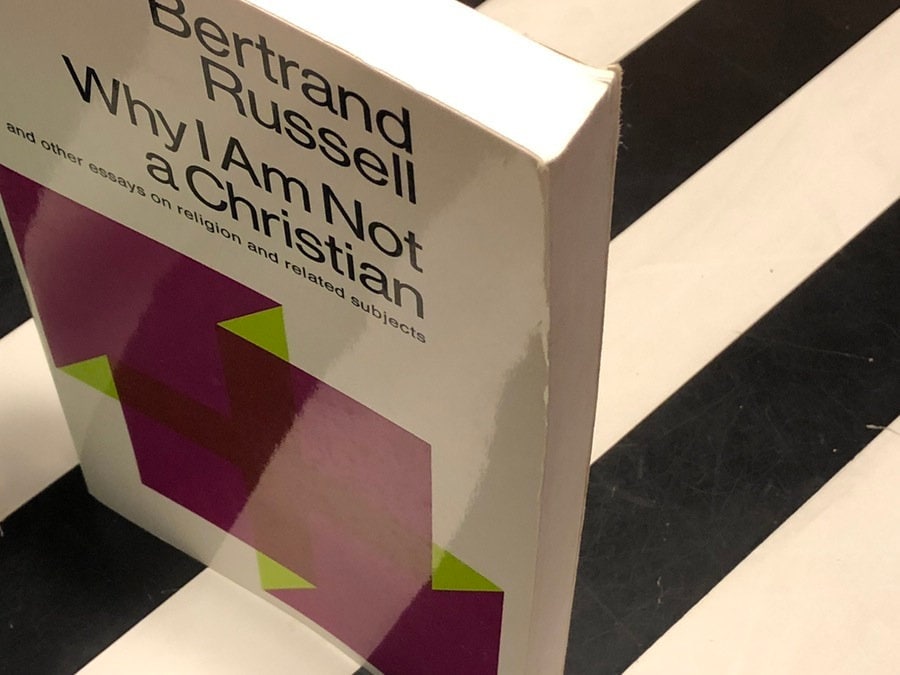 New York: Touchstone Press. Undated but appears to have been published in the 1980s (originally published in 1957). 39th printing thus. Softcover. 8vo. 267 pp. Edited by Paul Edwards. This edition includes an appendix relating the hostility Russell engendered when he was to take a teaching appointment at the City College of New York (he was fairly run out of town for his ostensibly sacreligious ideas, as unlikely as that seems). Very good condition; sharp covers, minor fluffing to the textblock fore-edge. No markings.