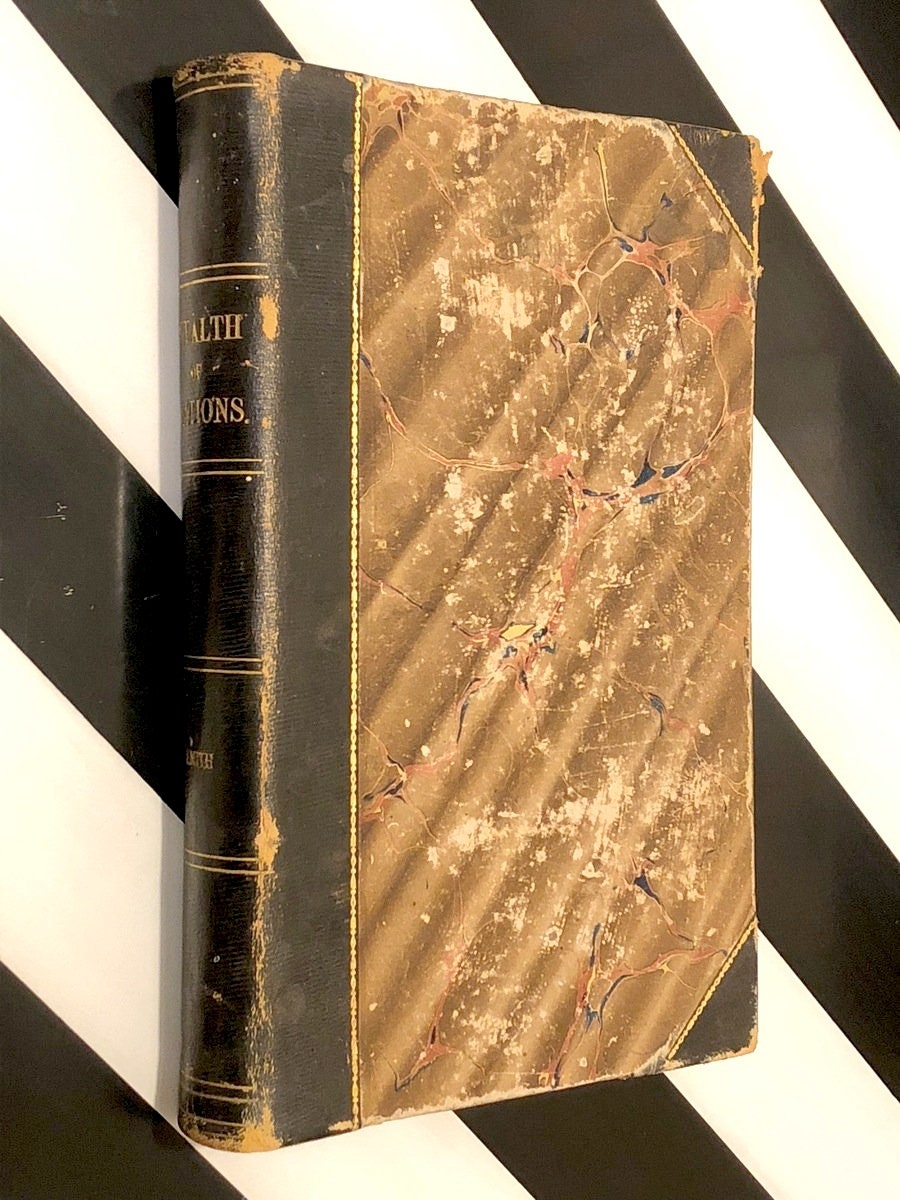 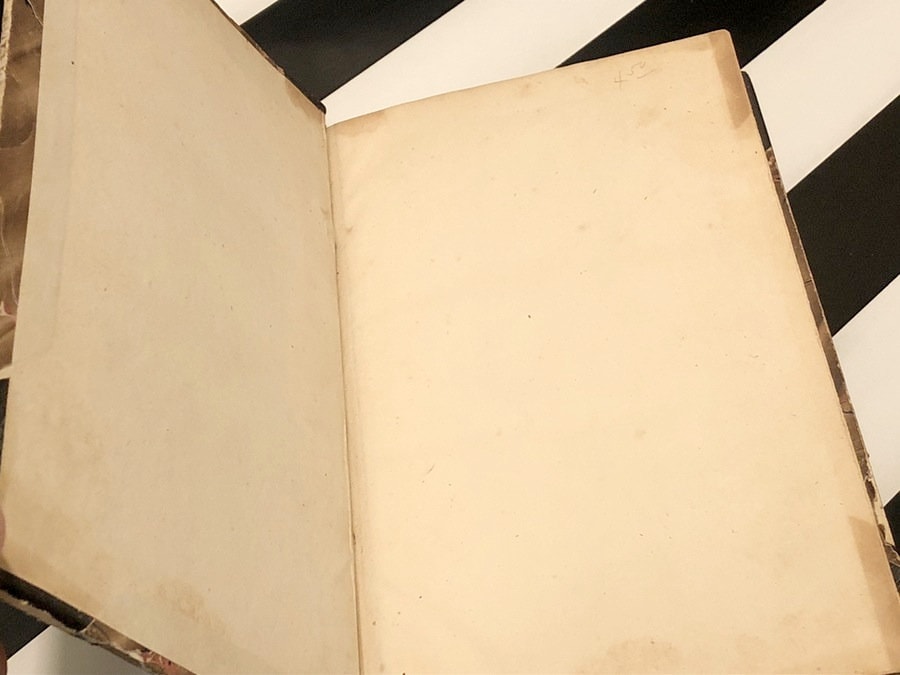 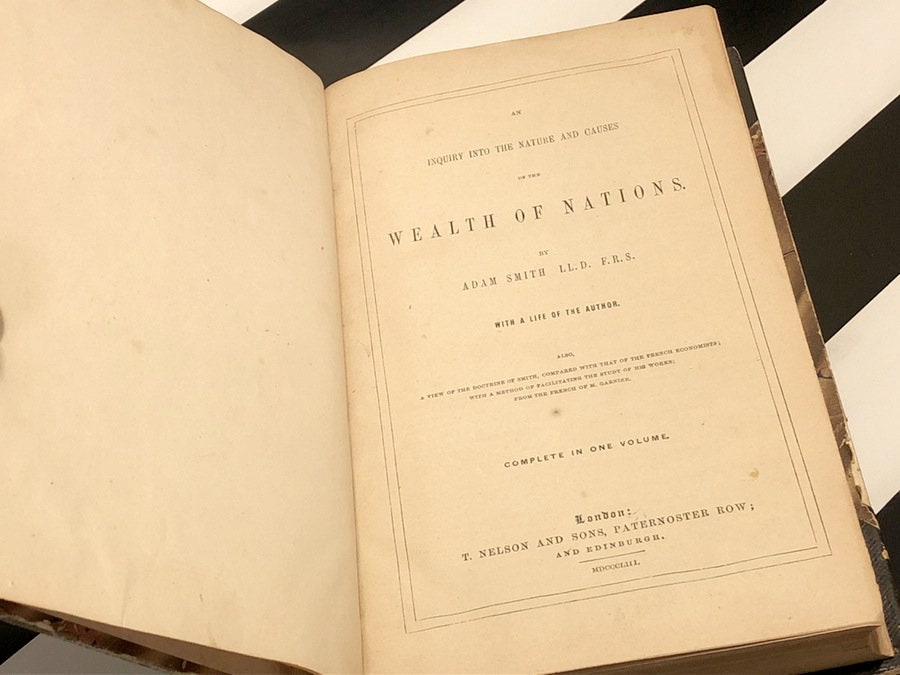 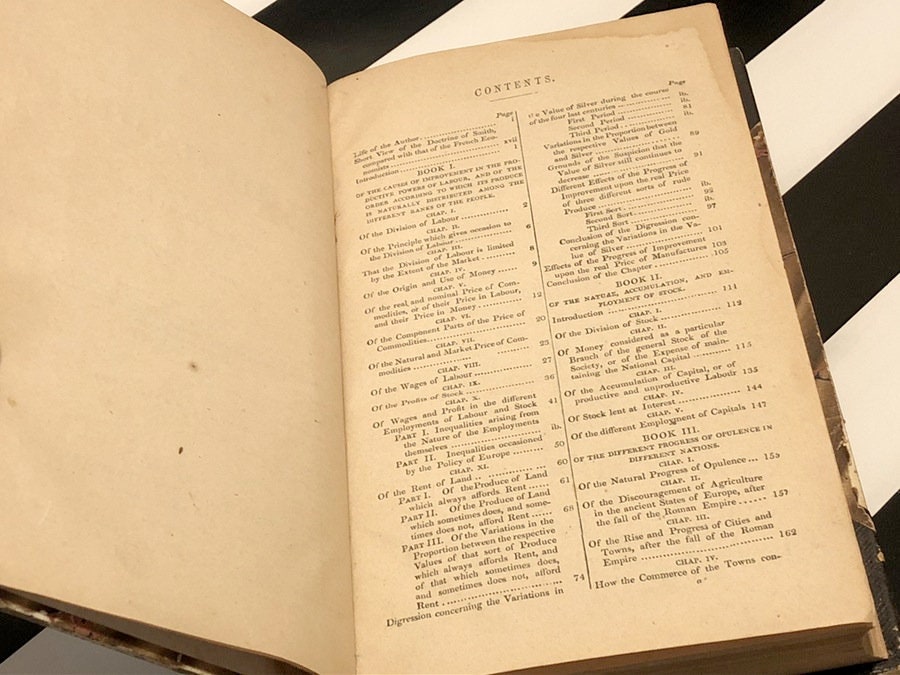 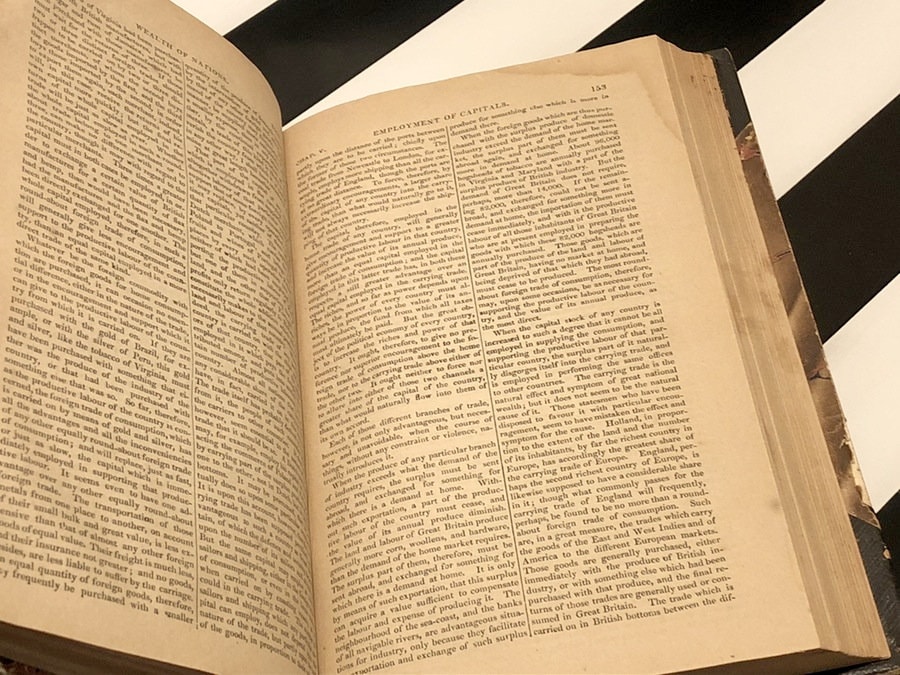 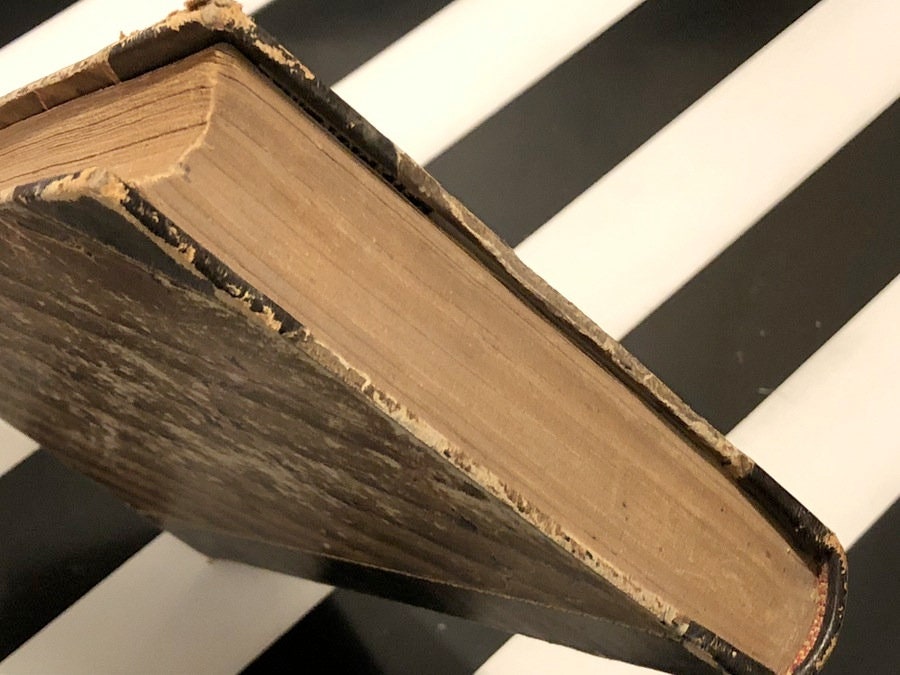 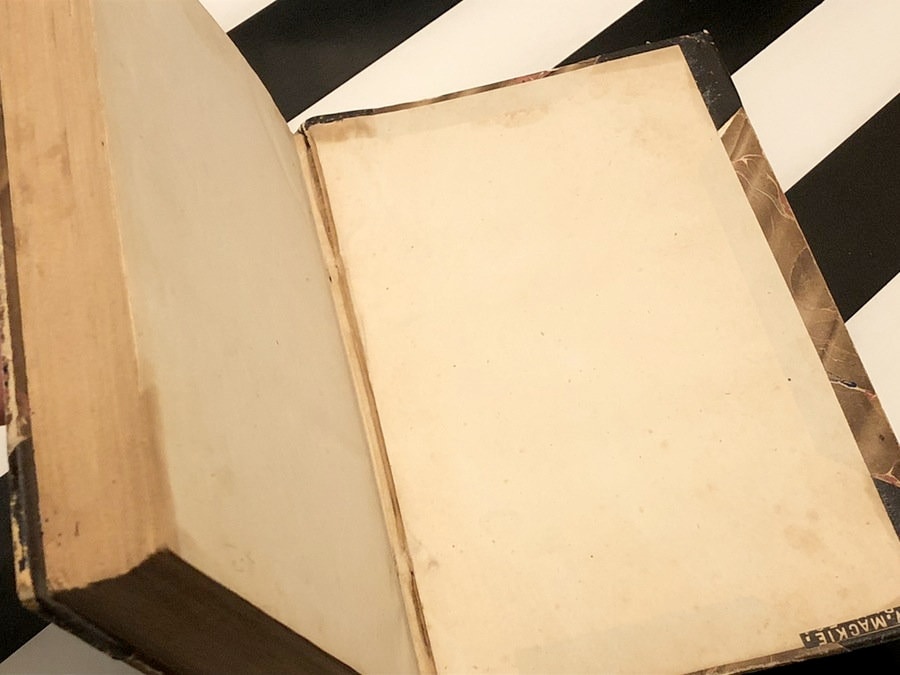 Adam Smith - An inquiry into the nature and causes of the wealth of nations, complete in one volume

London: T. Nelson & Sons, 1853. A later edition of this much-published work. The one-volume edition with a short biography, here represented, is evidently the second such; an earlier edition in this format was issued in 1830, some 55 years after the first edition, which was published in the busy year of 1776.

"The Wealth of Nations," as the book is generally known, is widely regarded as the most influential book on economic theory ever written.