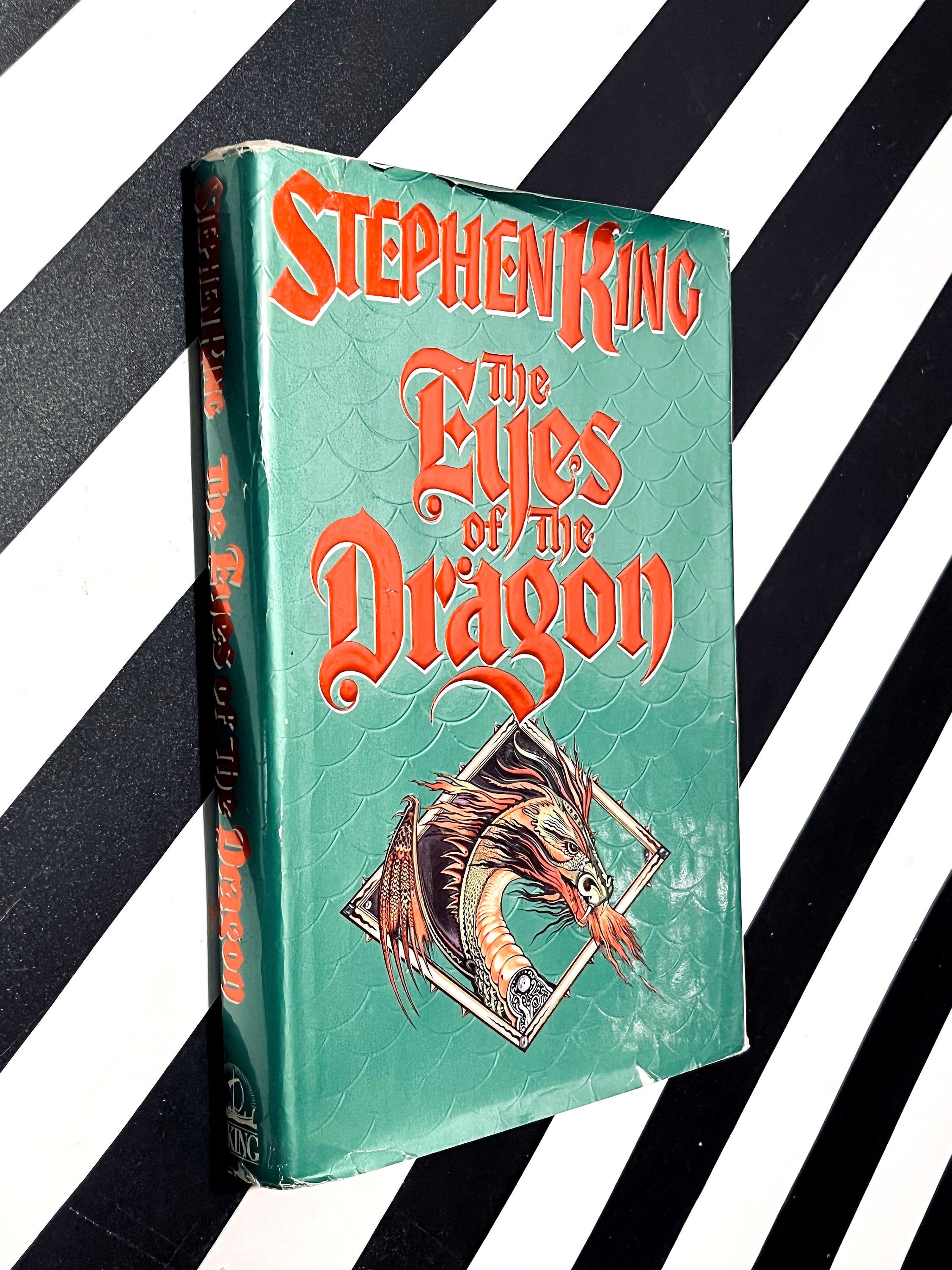 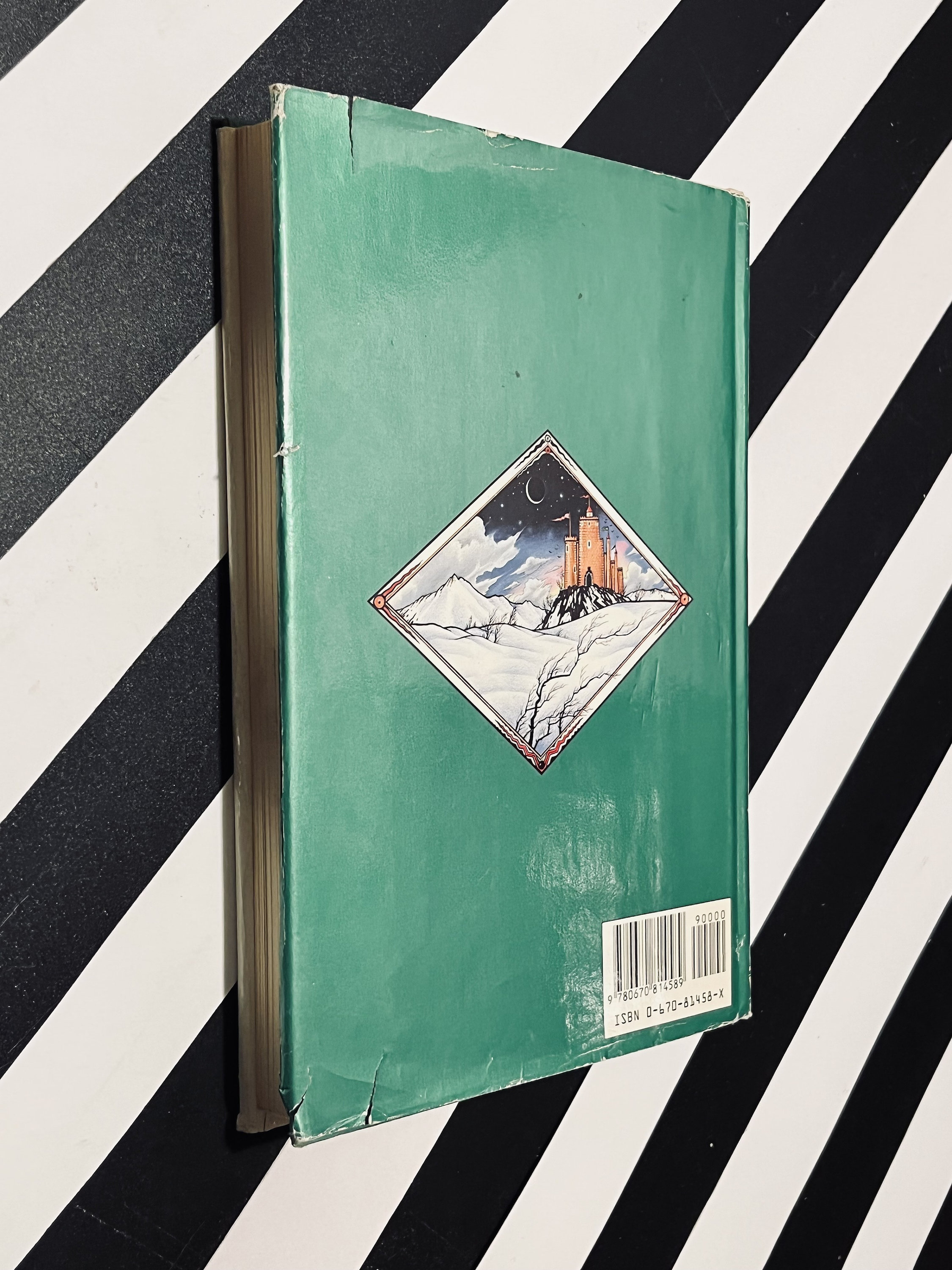 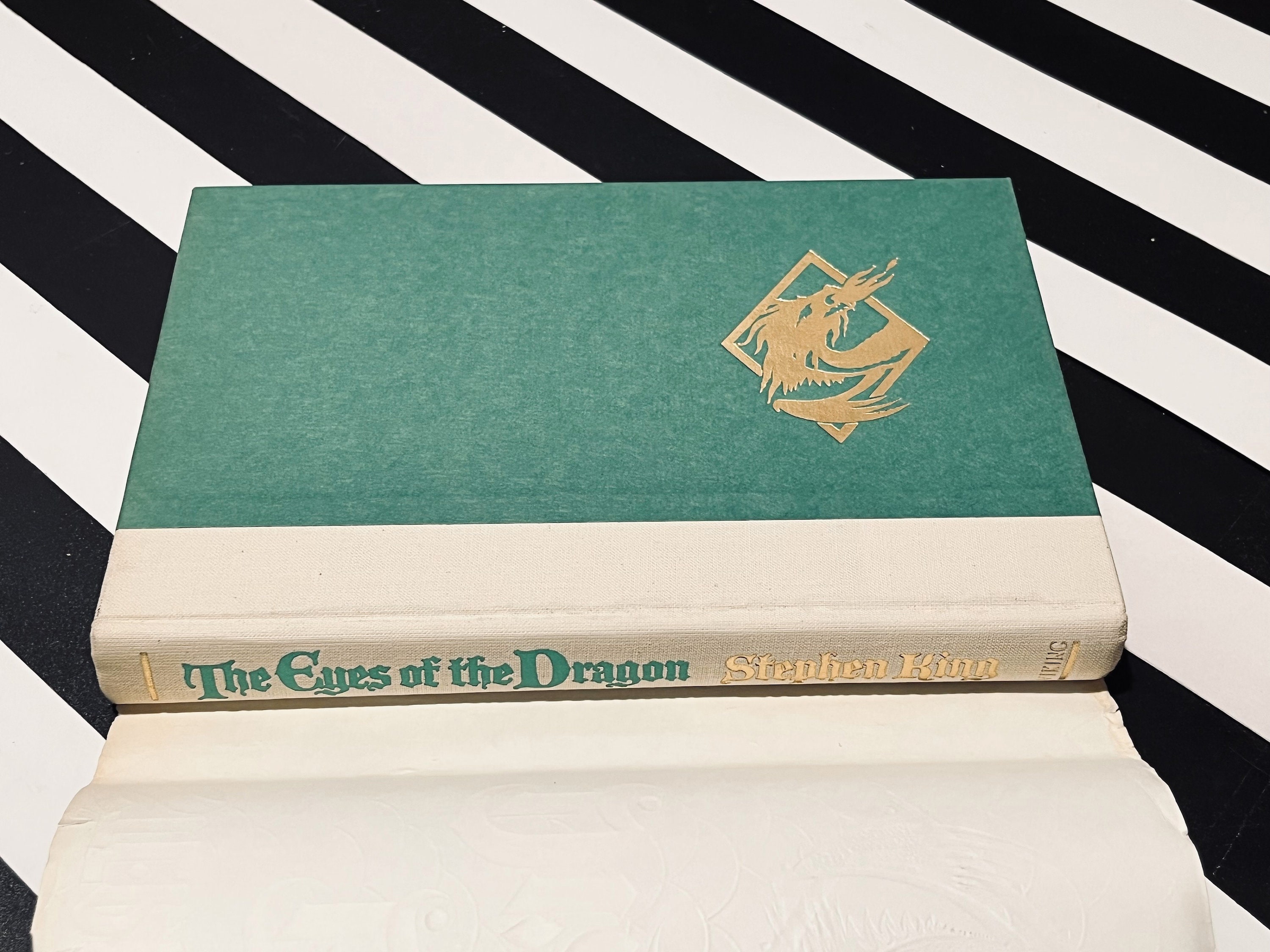 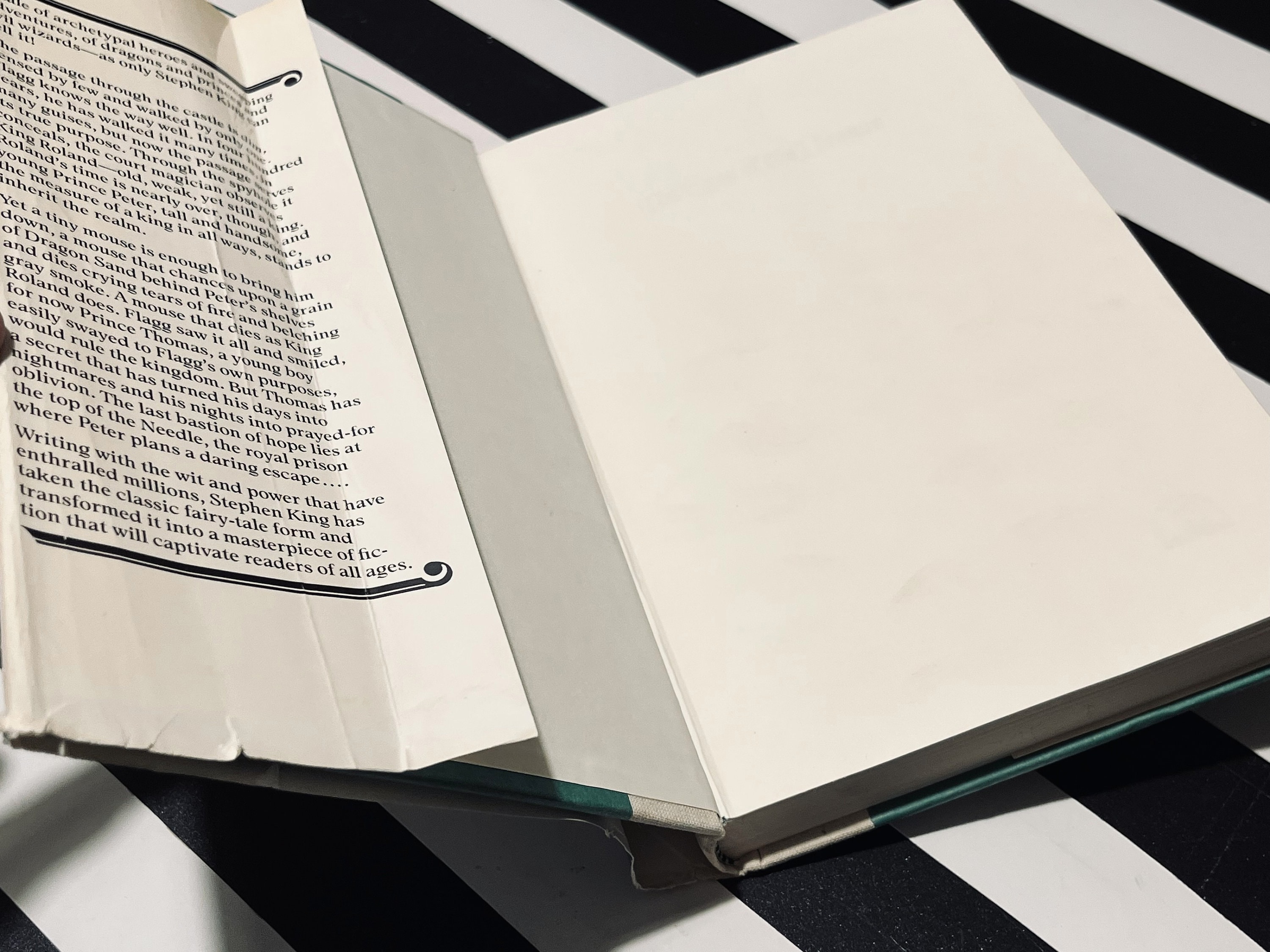 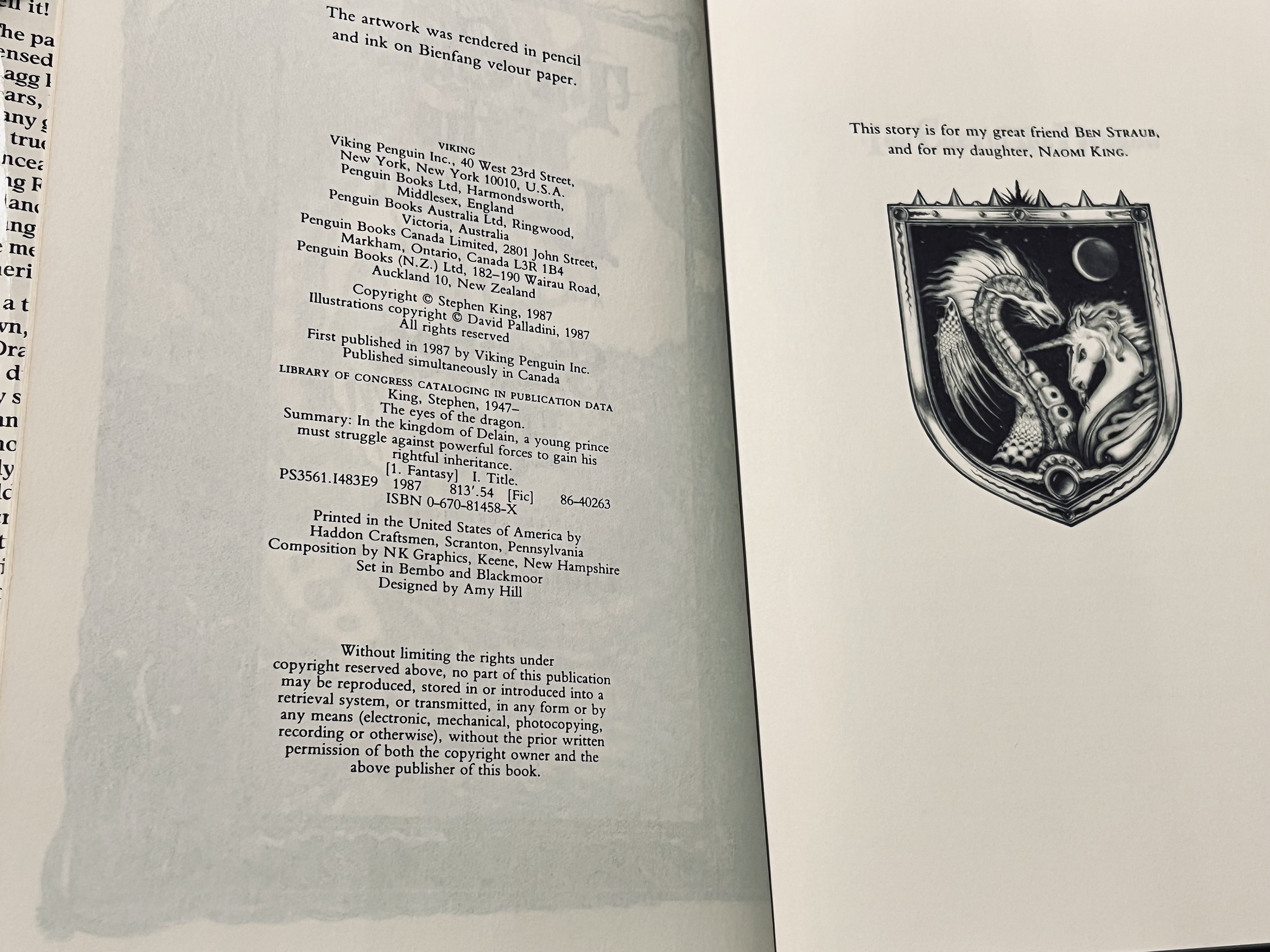 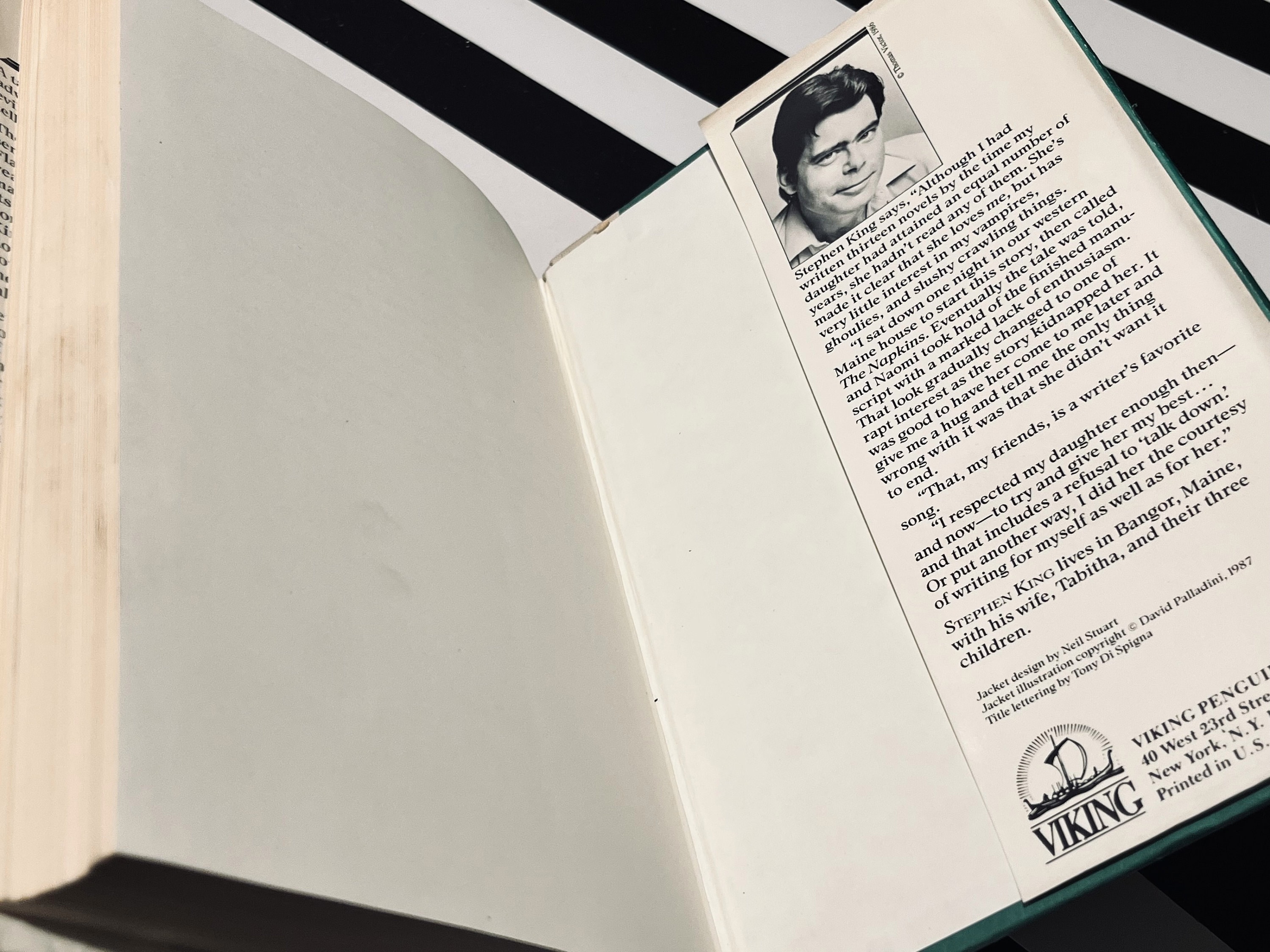 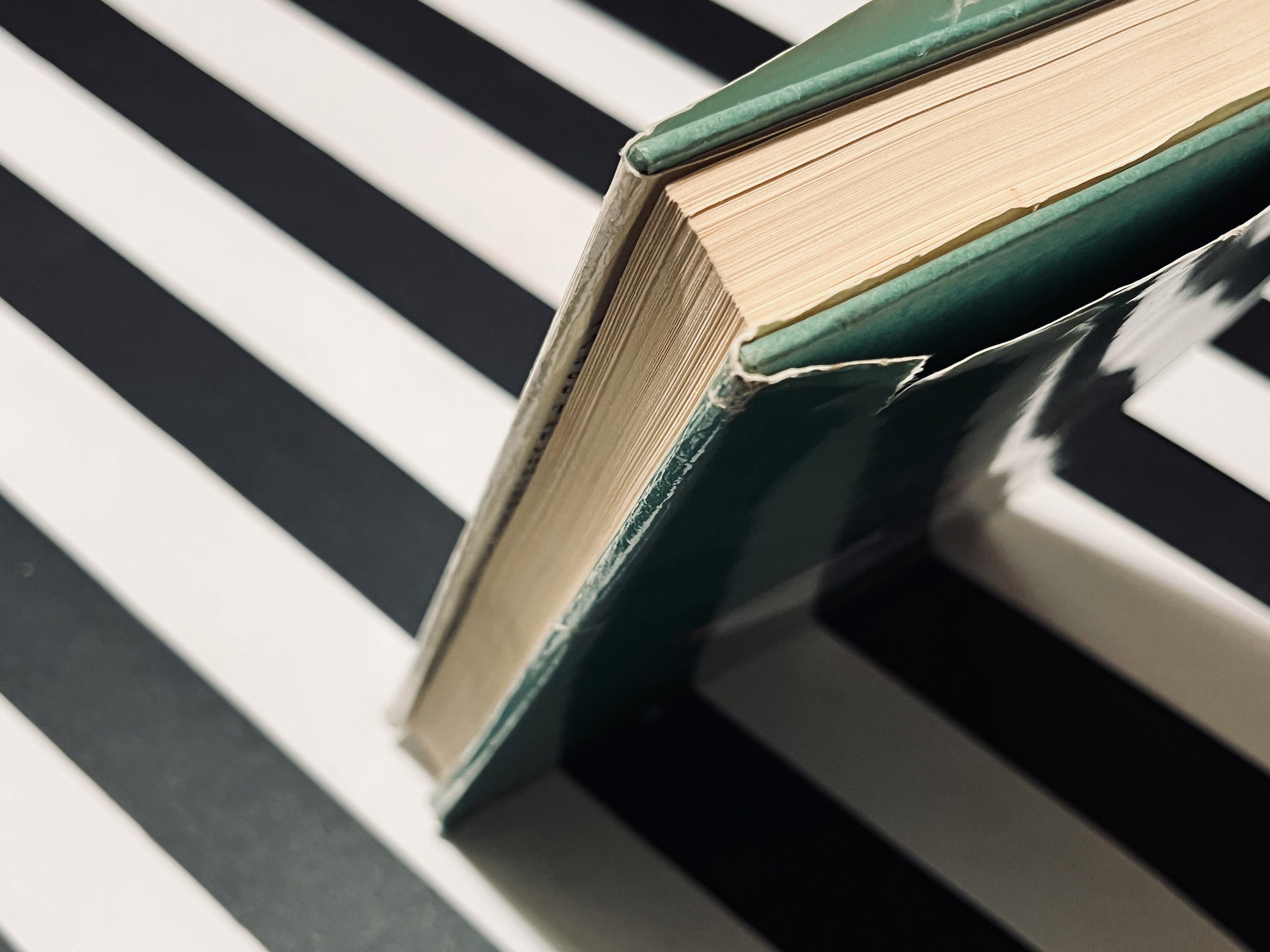 The Eyes of the Dragon by Stephen King (1987) hardcover book

Stephen King - The Eyes of the Dragon

New York: Viking, 1987. Book club edition. Hardcover. 8vo. 326pp. Illustrations by David Palladini. Good condition. Clean interior. Dust jacket is in pretty good shape, albeit with some rubbing and edgewear rimpling--but what's that to a dragon-lore connoisseur such as yourself?

Note: some Stephen King researchers believe that Eyes of the Dragon is the author's autobiography cloaked in a fanciful disguise.