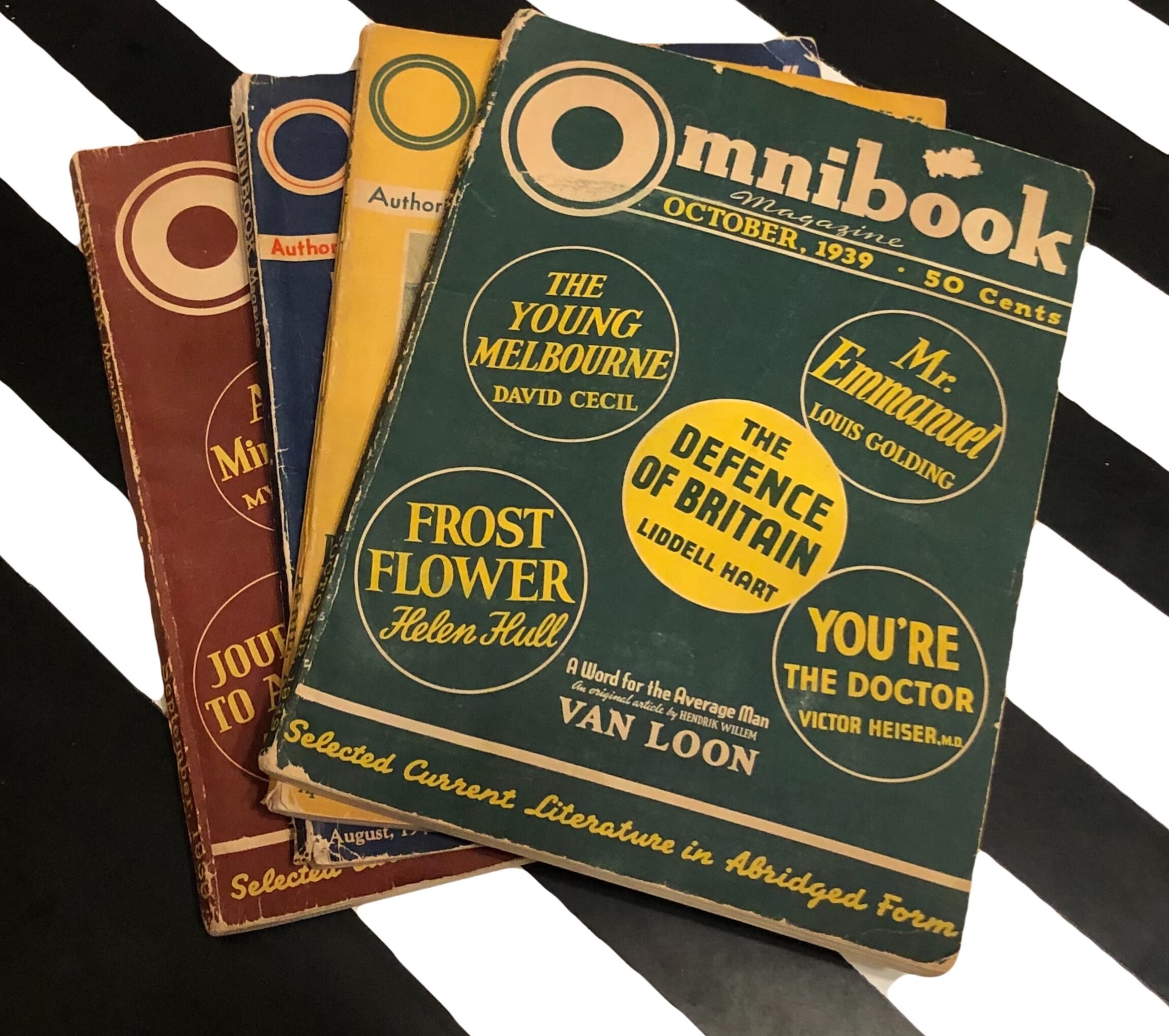 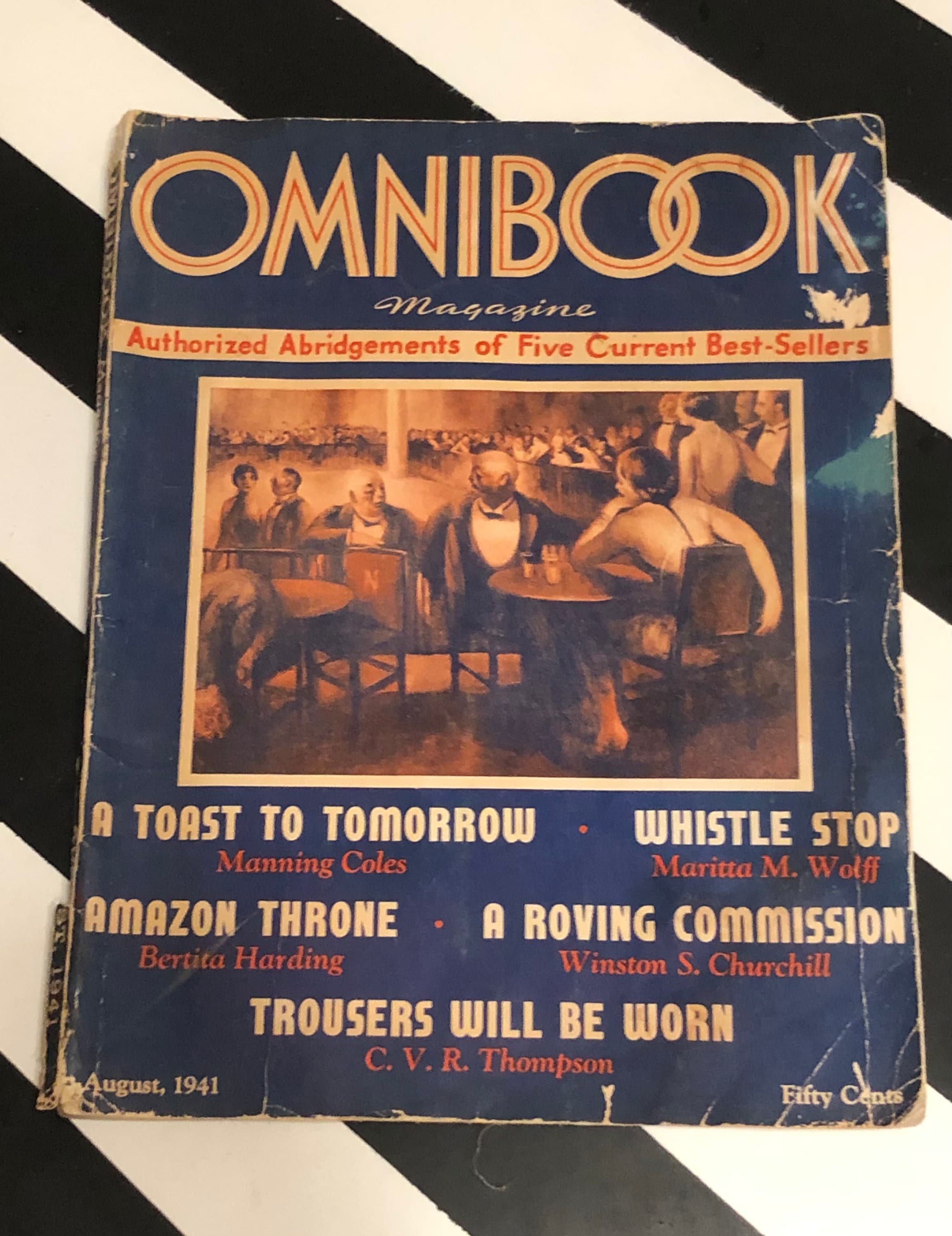 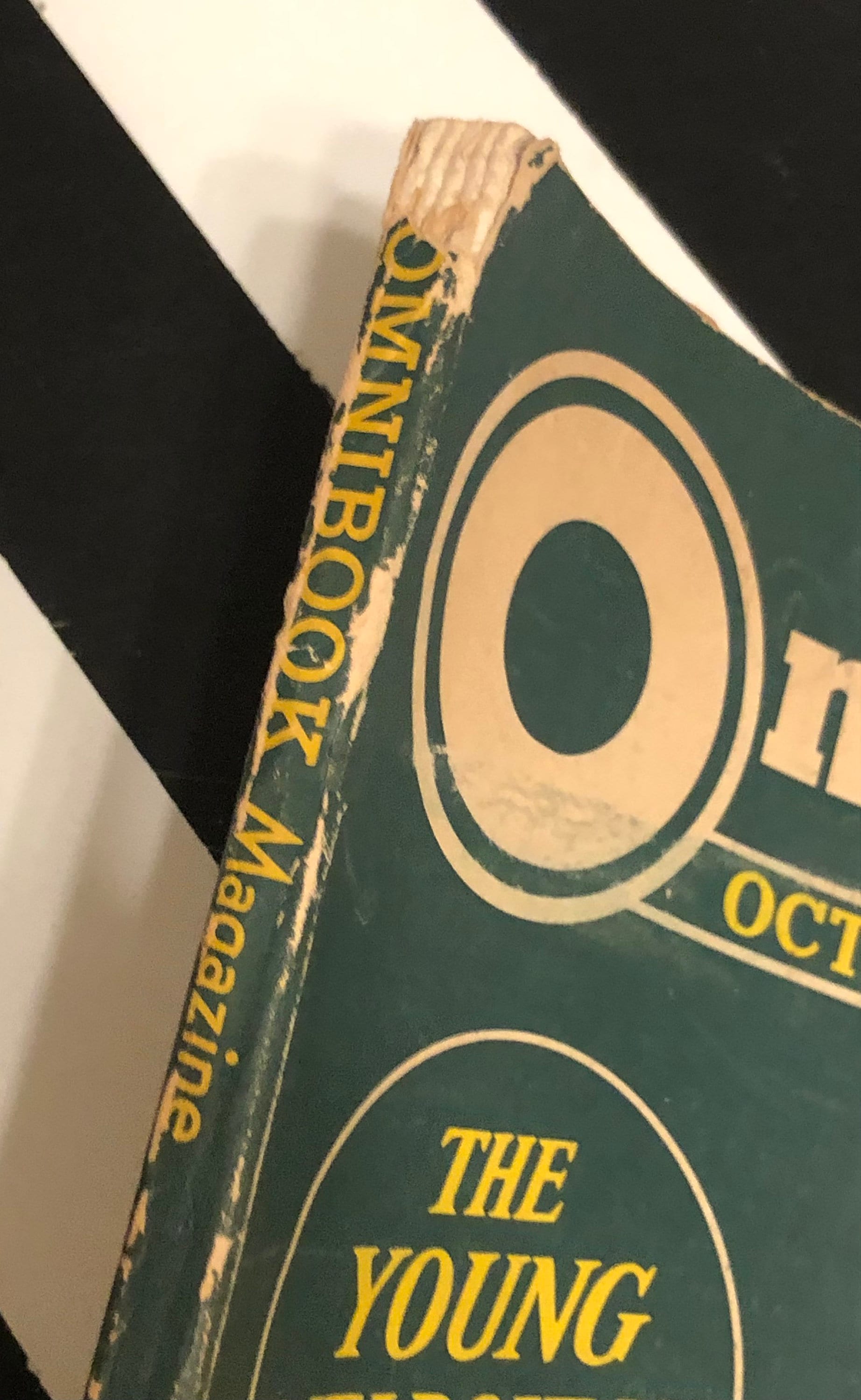 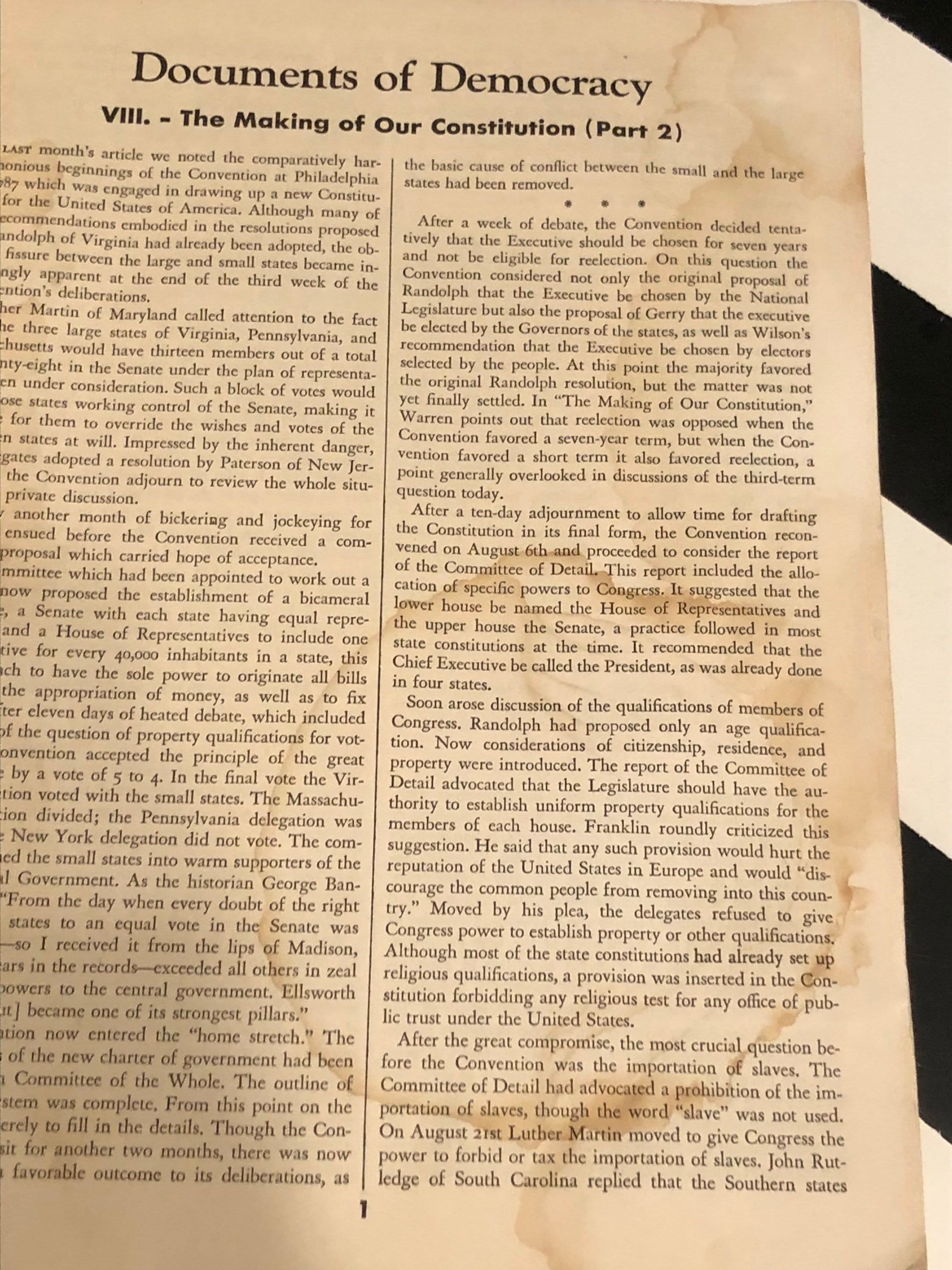 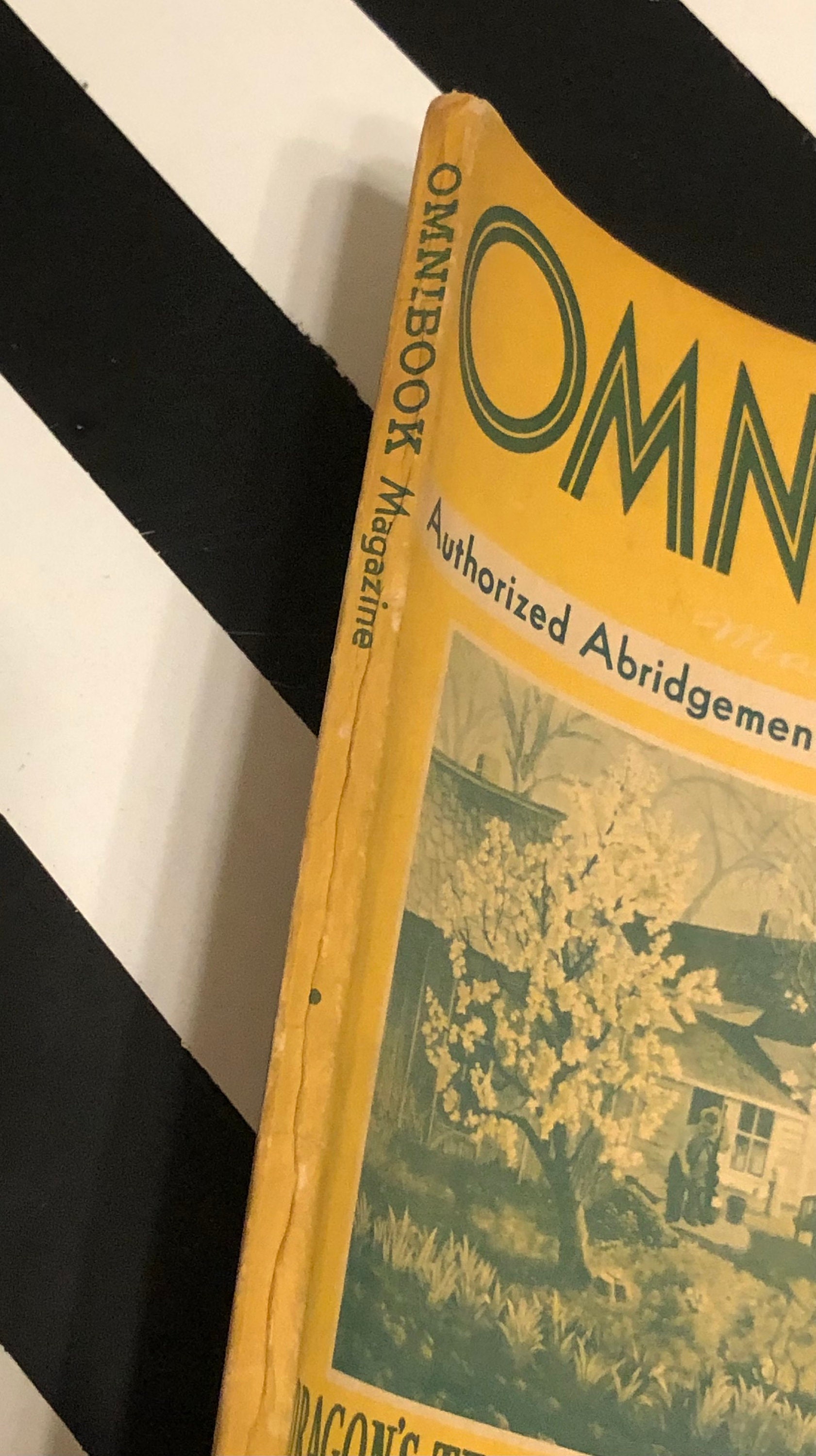 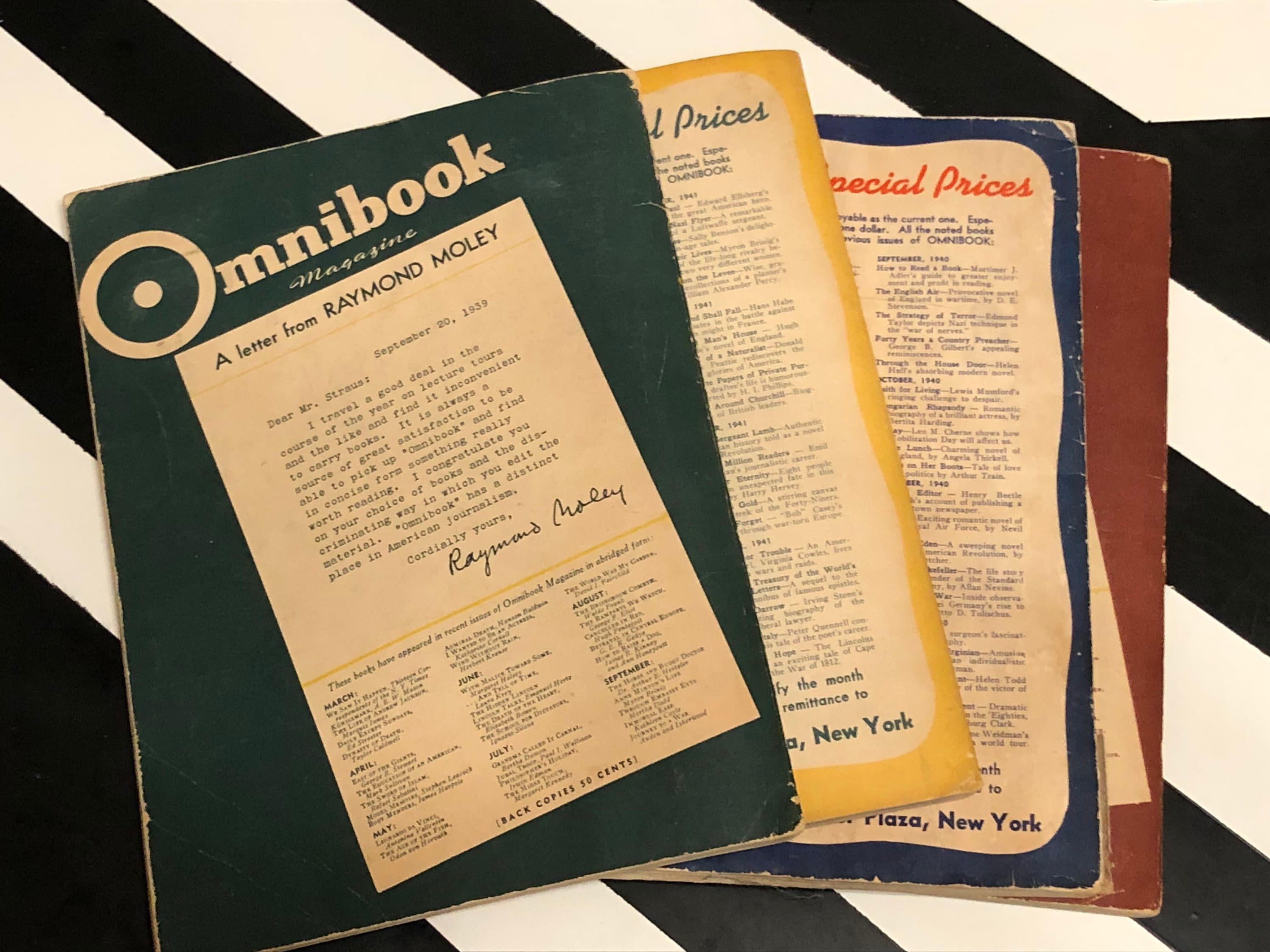 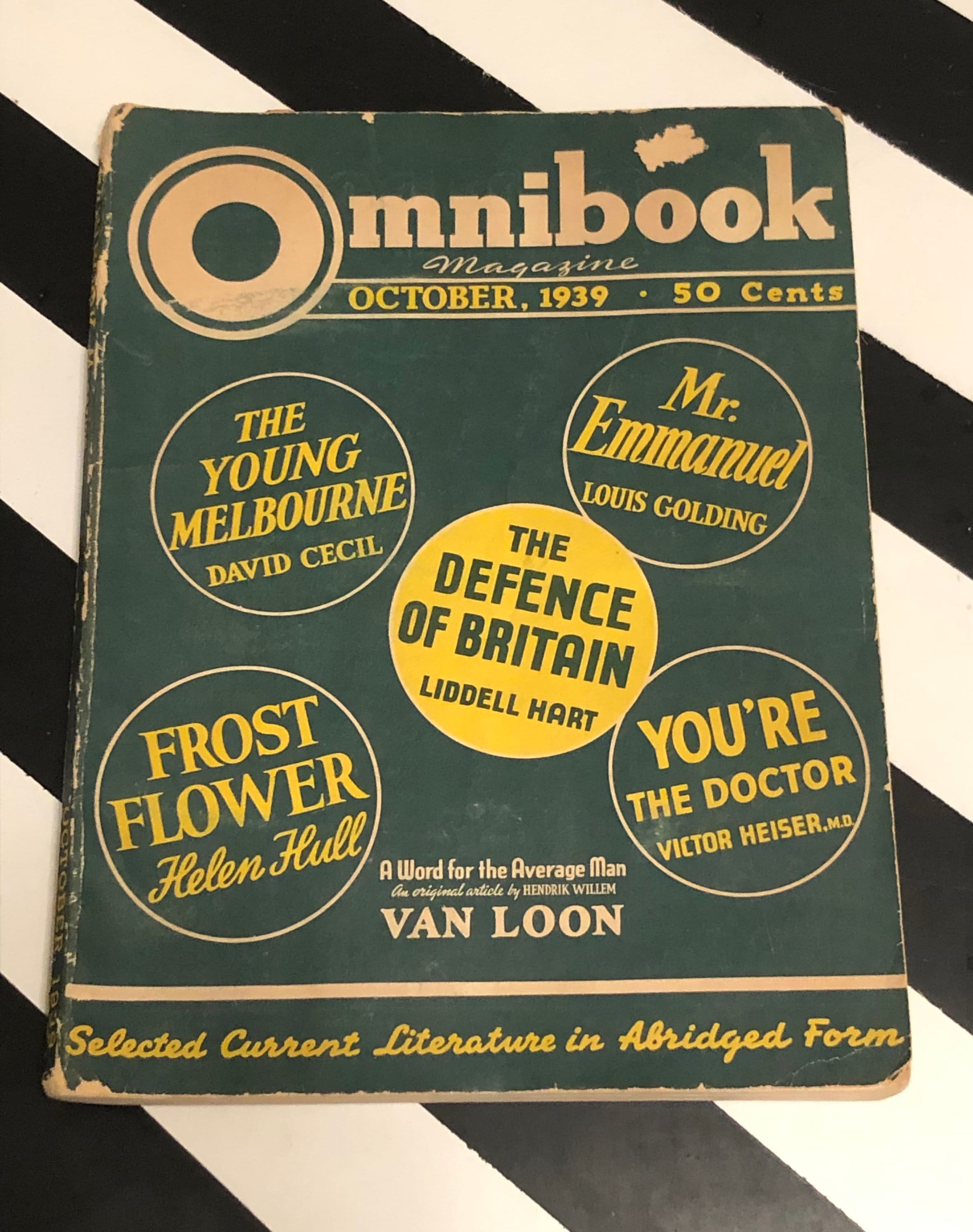 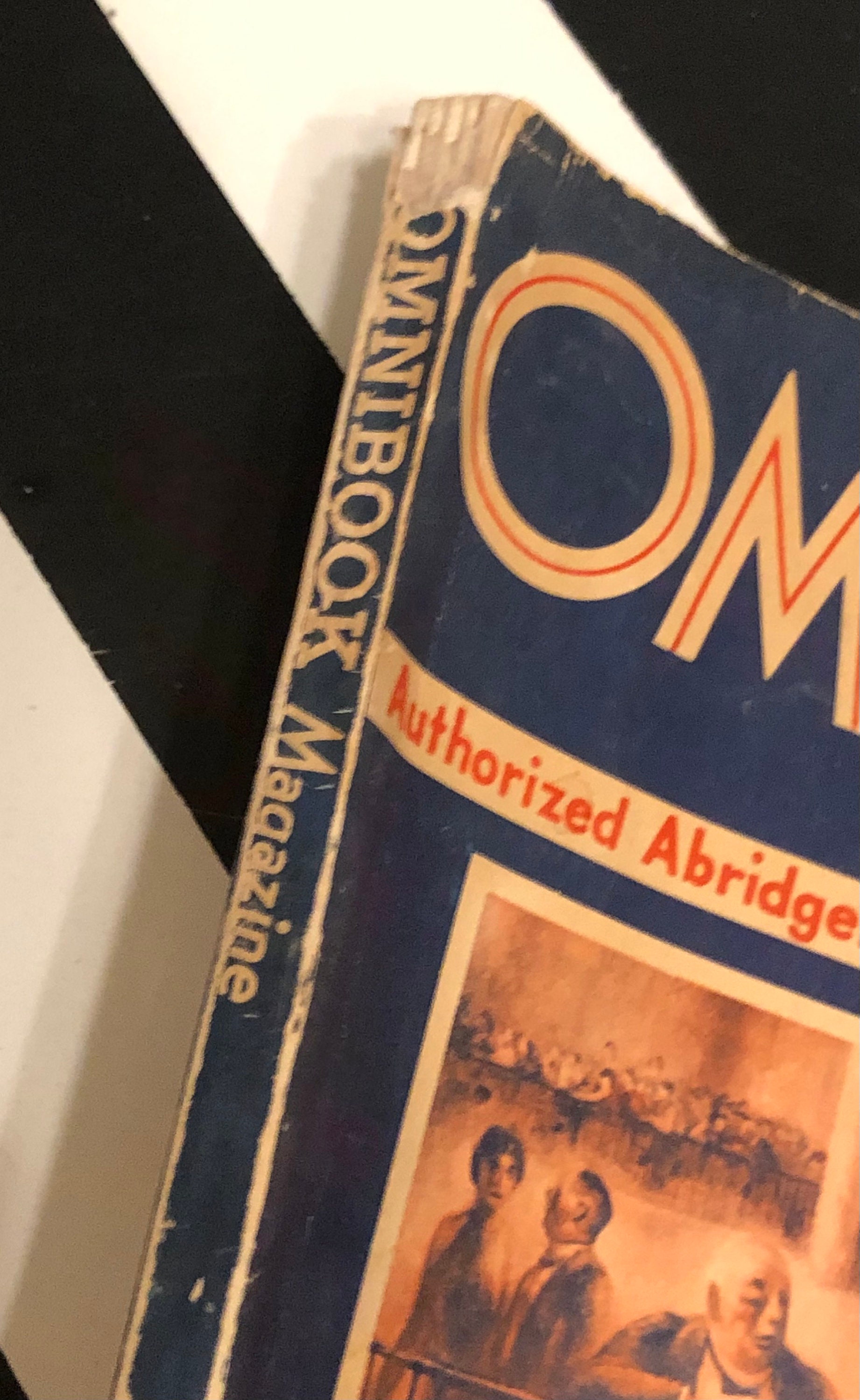 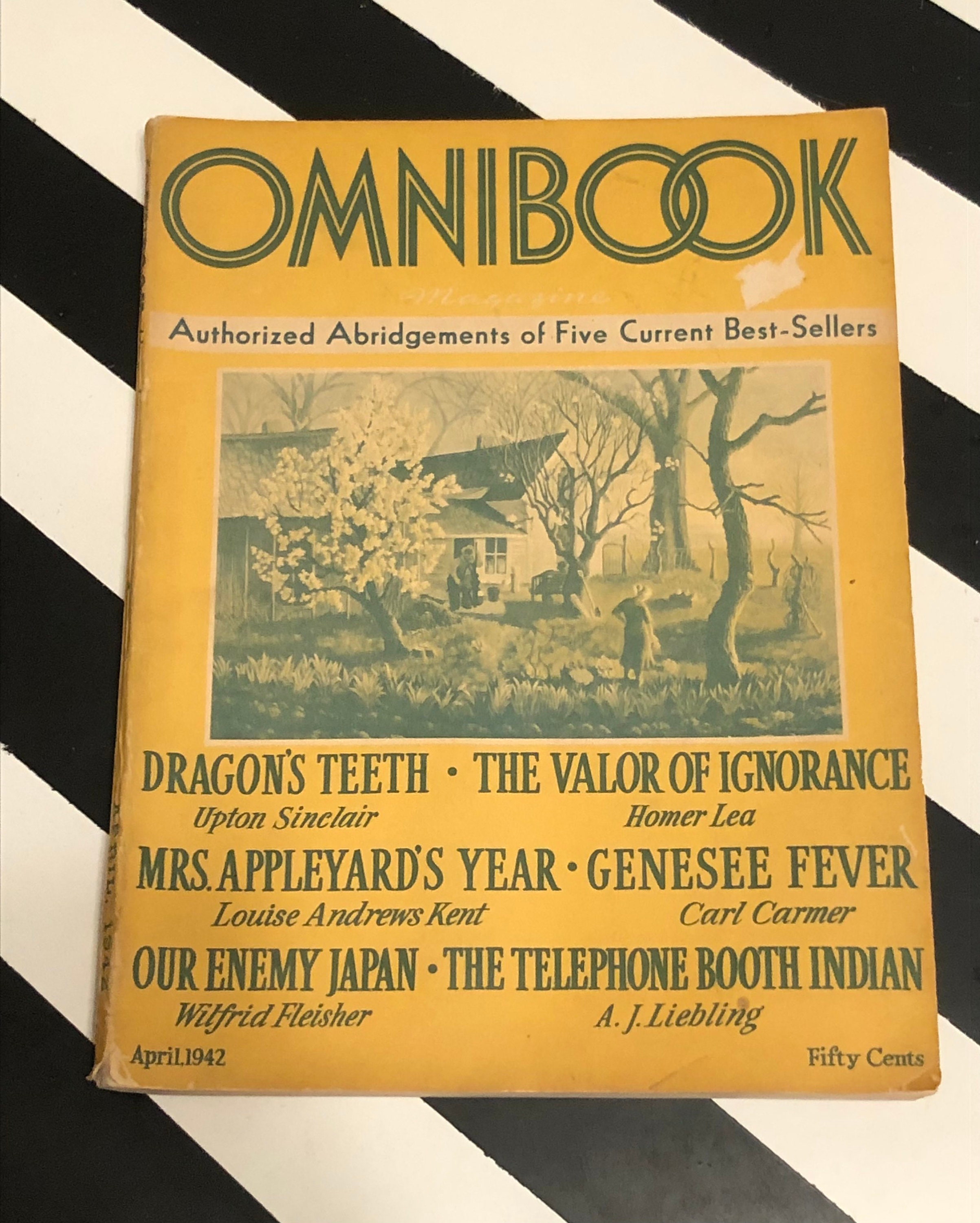 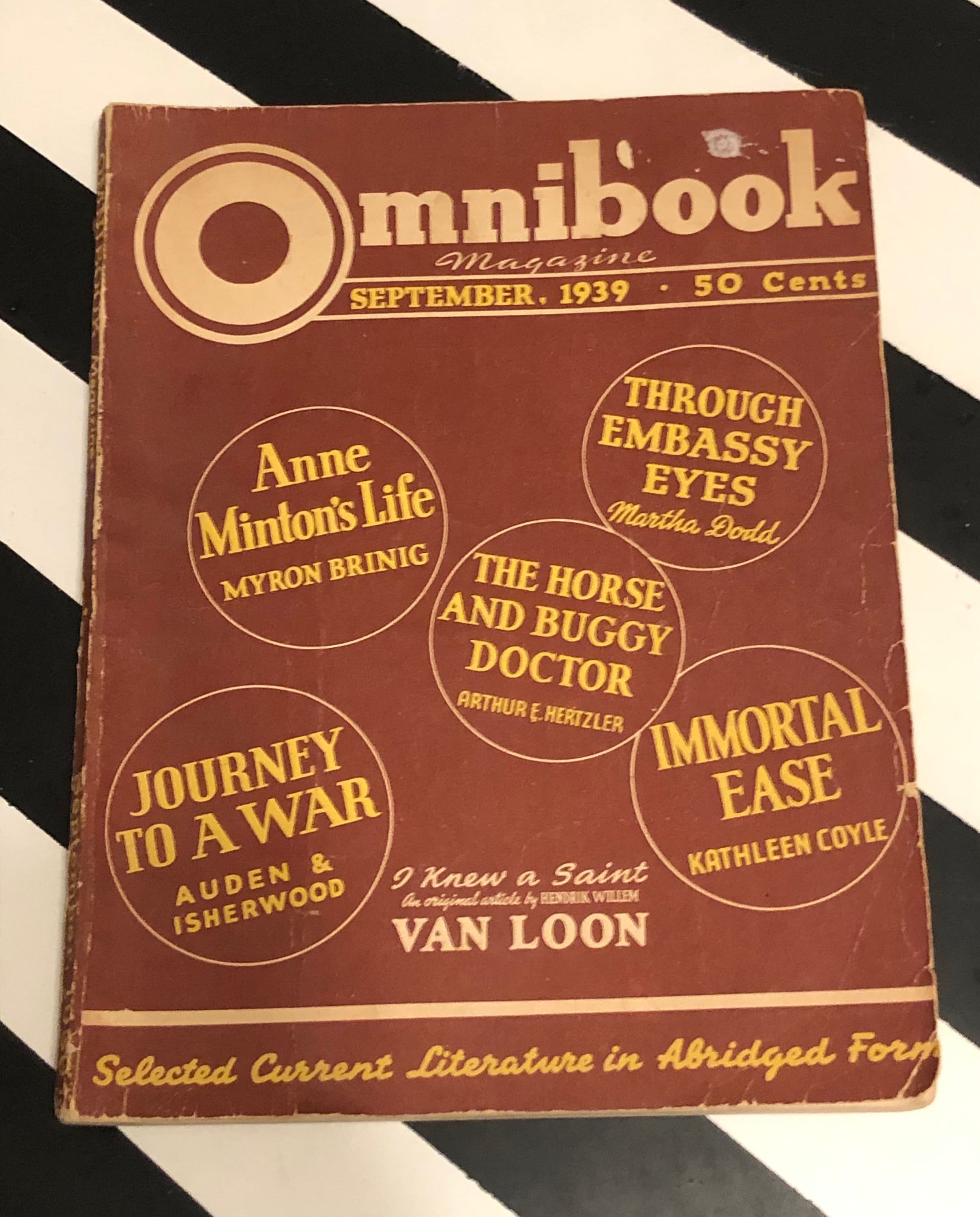 Lot of 4 Volumes of Omnibook Magazine Including:

-Omnibook Magazine - October, 1939.
With a Special Article by Hendrik Willem Van Loon: 'A Word for the Average Man'
'The Defense of Britain' by Liddell Hart
'You're the Doctor' by Victor Heiser, M. D.
'Mr. Emmanuel' by Louis Golding
'The Young Melbourne' by Lord David Cecil
'Frost Flower' by Helen Hull

-Omnibook Magazine - April, 1942
'Dragon's Teeth' by Upton Sinclair
'Our Enemy Japan' by Wilfrid Fleisher
'Mrs. Appleyard's Year' by Louise Andrews Kent
'The Telephone Booth Indian' by A. J. Liebling
'The Valor of Ignorance' by Homer Lea
'Genesee Fever' by Carl Carmer
Each volume is softcover and in fair to poor condition. Minor separation of the text-block from the spine. Creasing, toning, scratching, smudging, and discoloration to the outer/inner covers, end-papers, pages of the text, and the text-block edge. Some creasing to the corners of the covers and text-block.