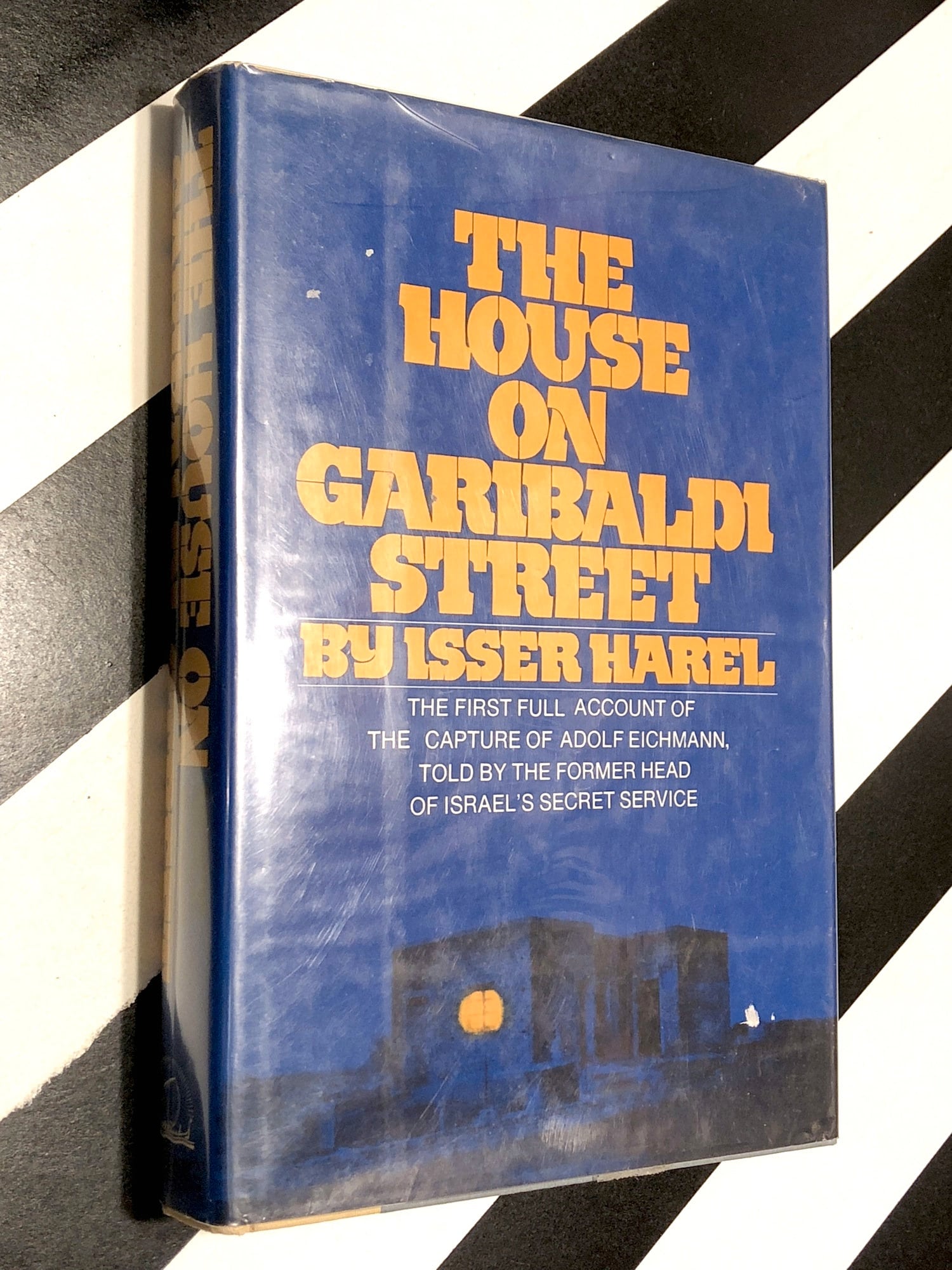 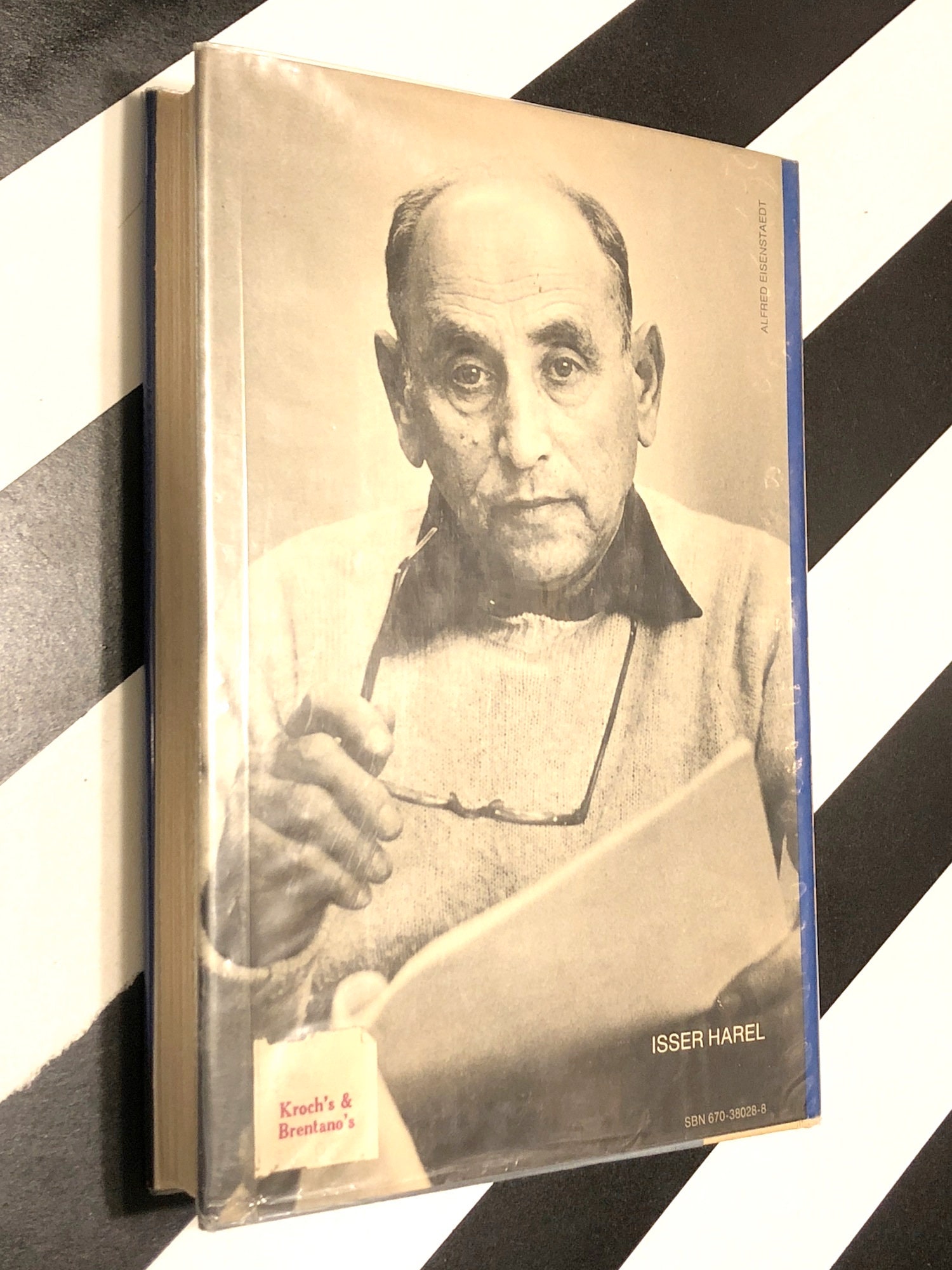 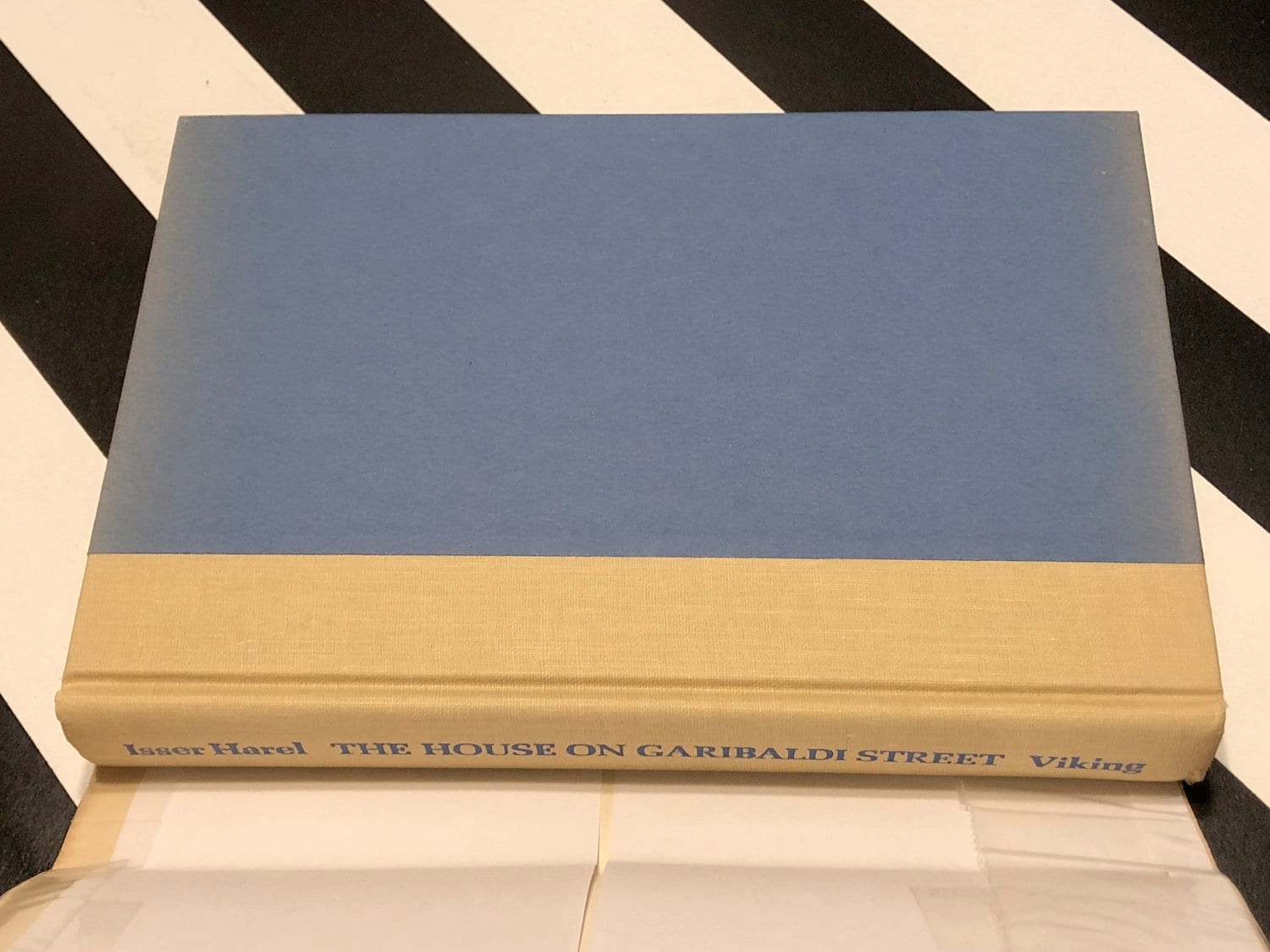 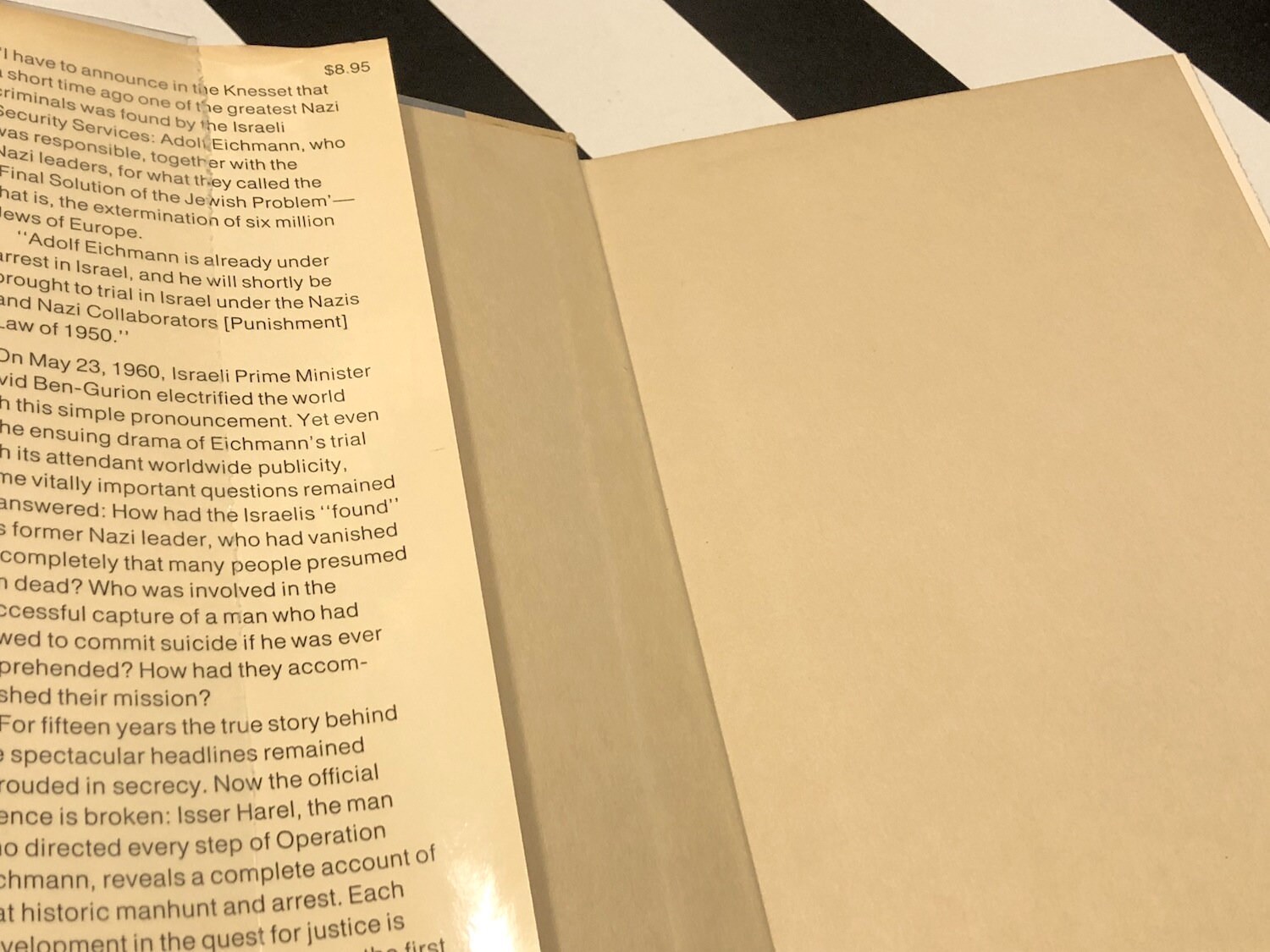 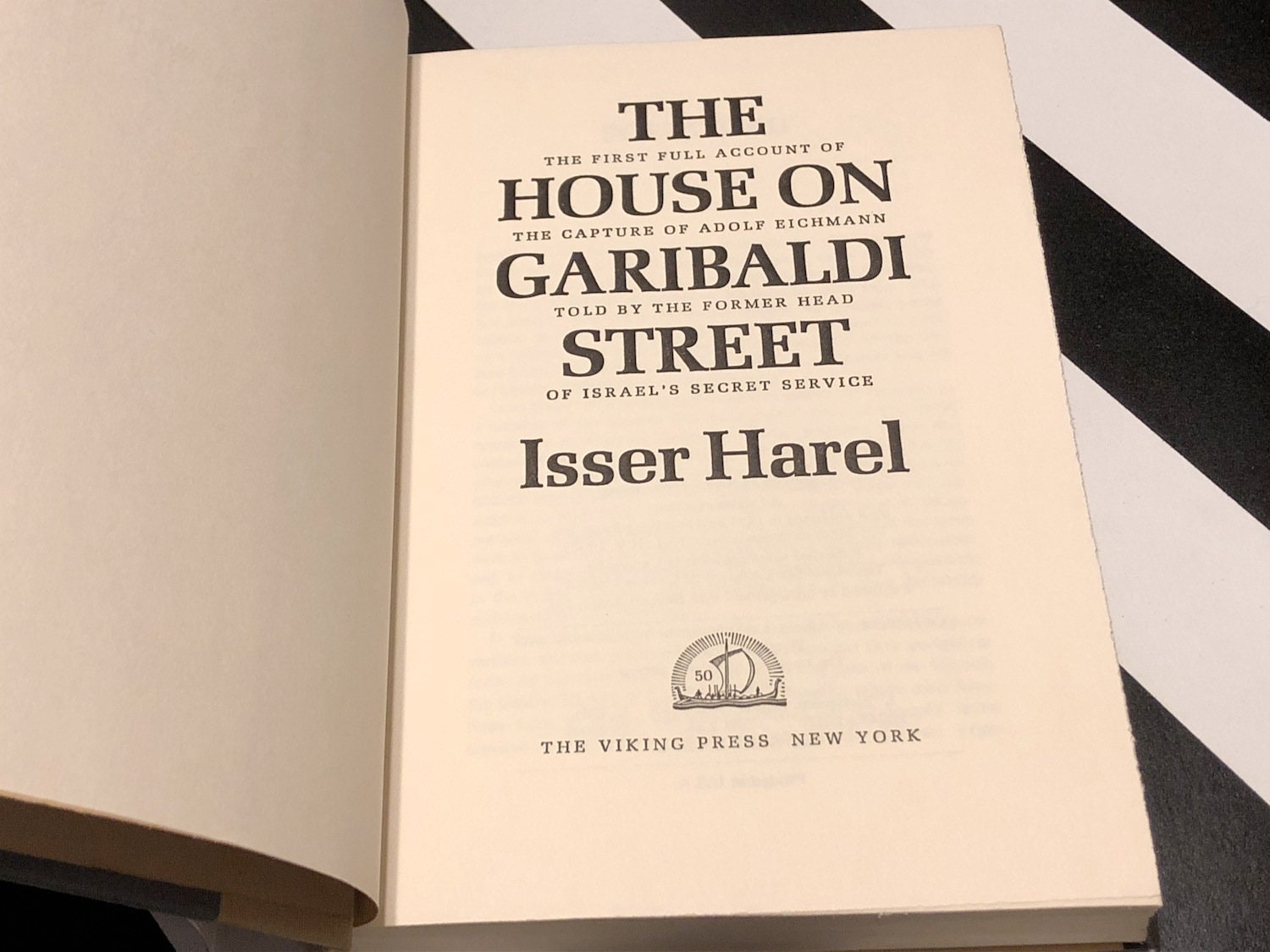 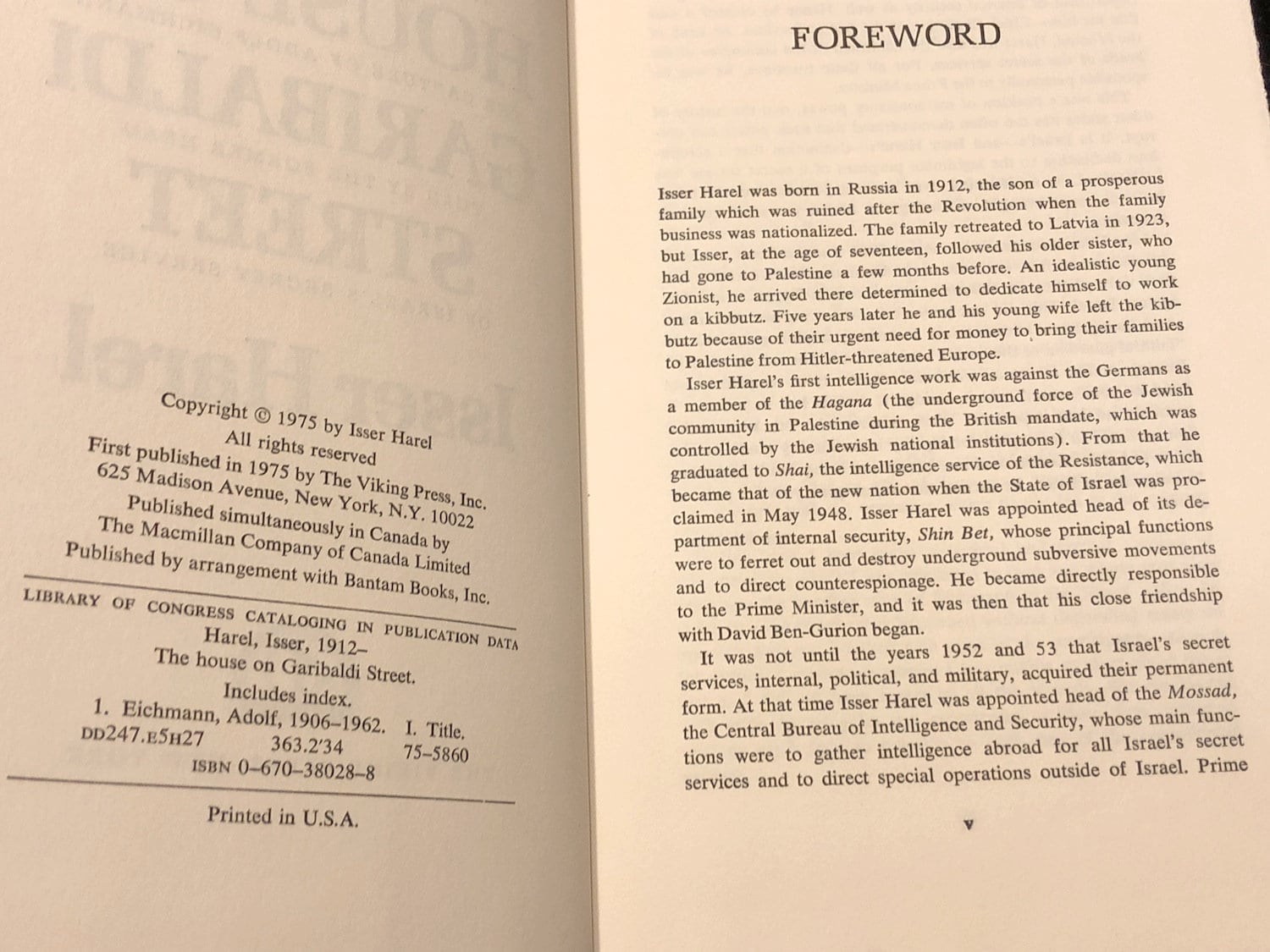 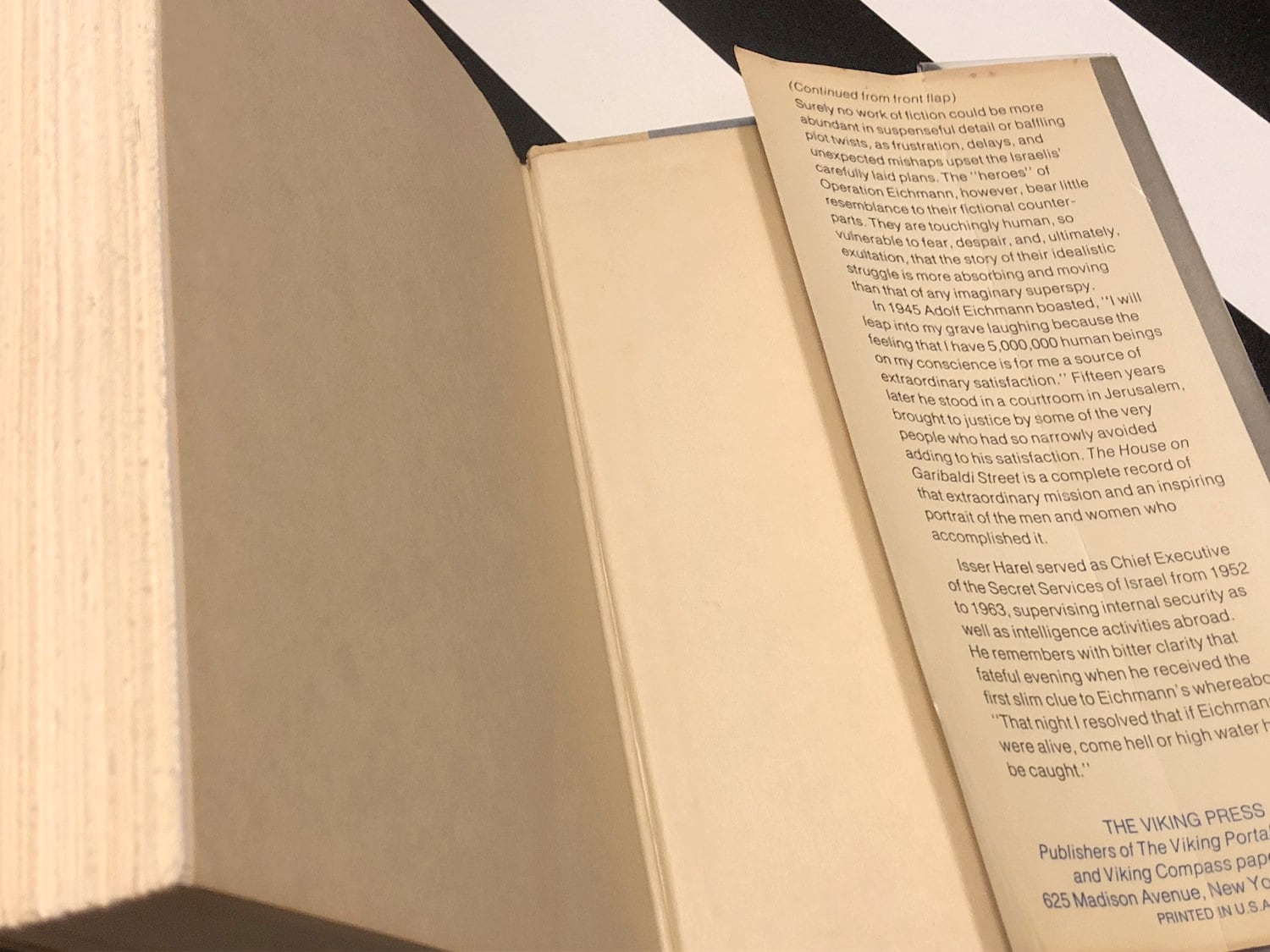 Isser Harel - The House on Garibaldi Street: The First Full Account of the Capture of Adolf Eichmann, told by the Former Head of Israel's Secret Service

New York: Viking Press, 1975. First edition, first printing. Hardcover. 8vo. xx, 296pp. 1/2 white cloth binding. Very good condition--to put it mildly. I don't like to throw around the term "near fine," but such a designation would not be inappropriate for the present volume. Immaculate covers and pages. No markings. Dust jacket is likewise very good, very crisp--with just a tiny bit of wear along the front jacket flap.

The House on Garibaldi Street is a skillfully narrated adventure with plenty of suspense, but one can't help feeling that the spook-as-storyteller likely cut a few corners truth-wise in his relation of the facts.