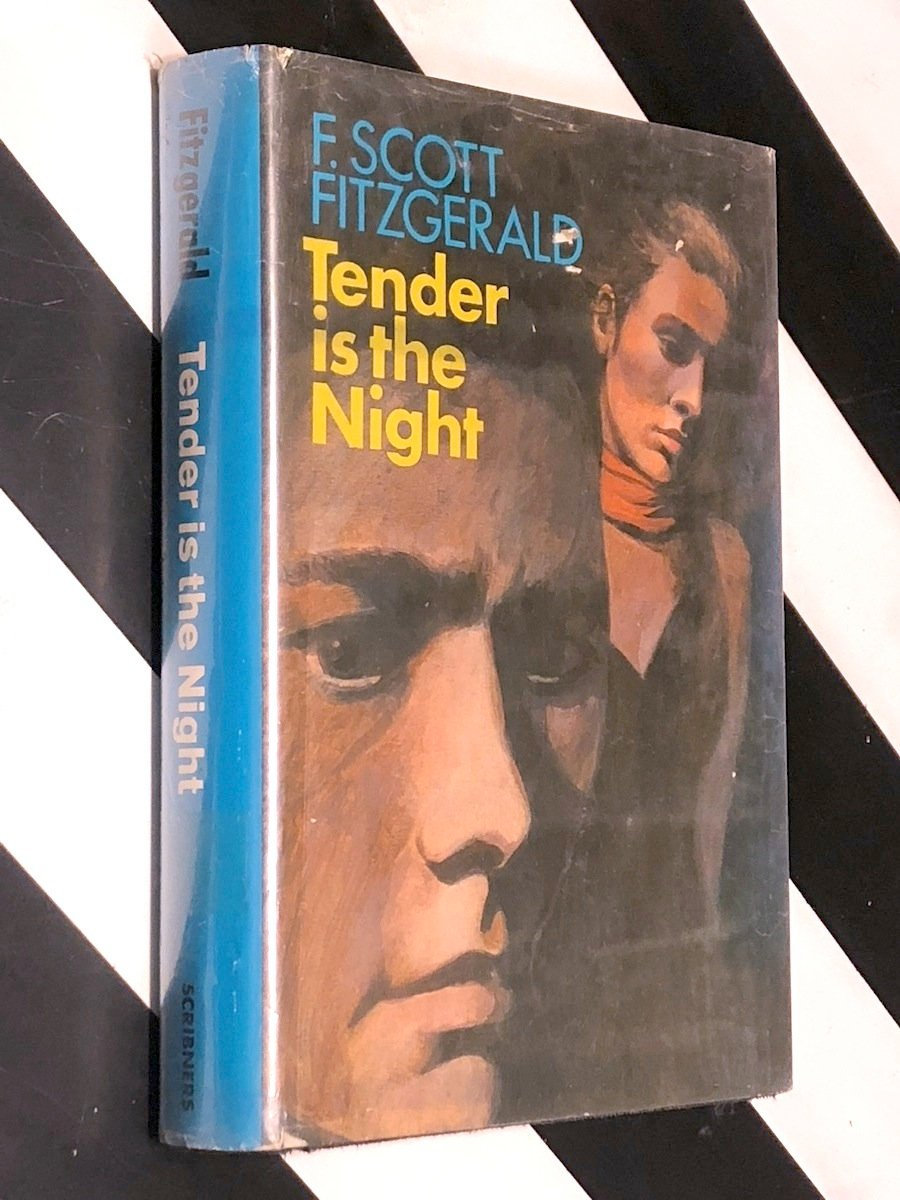 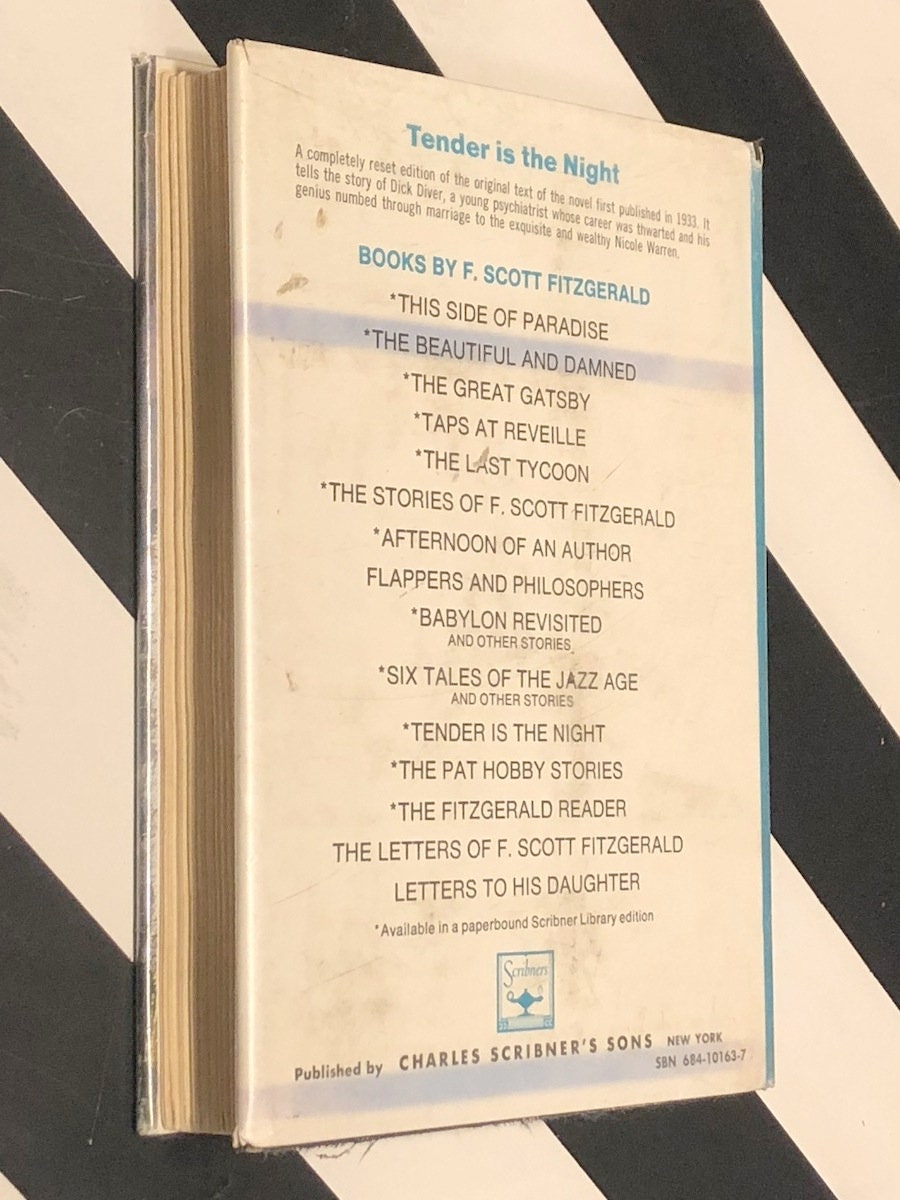 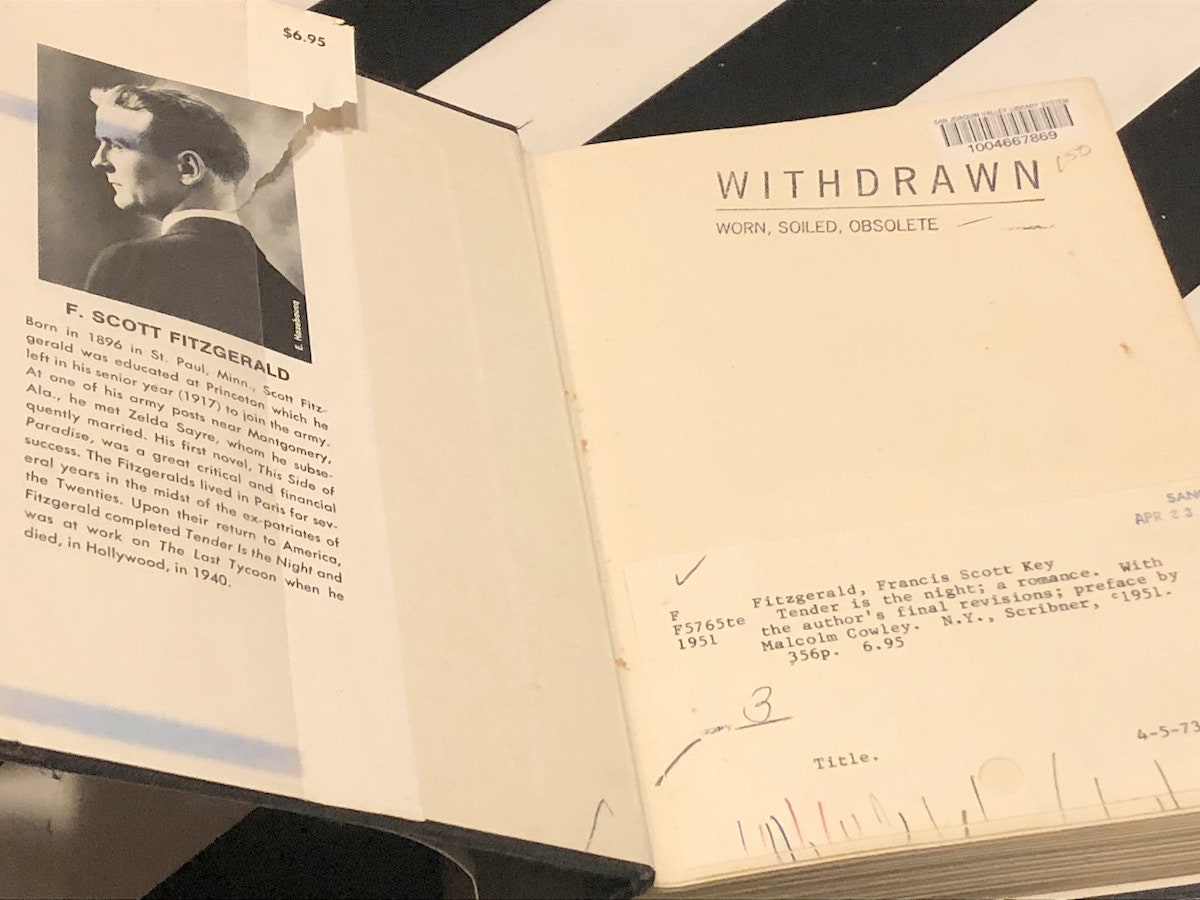 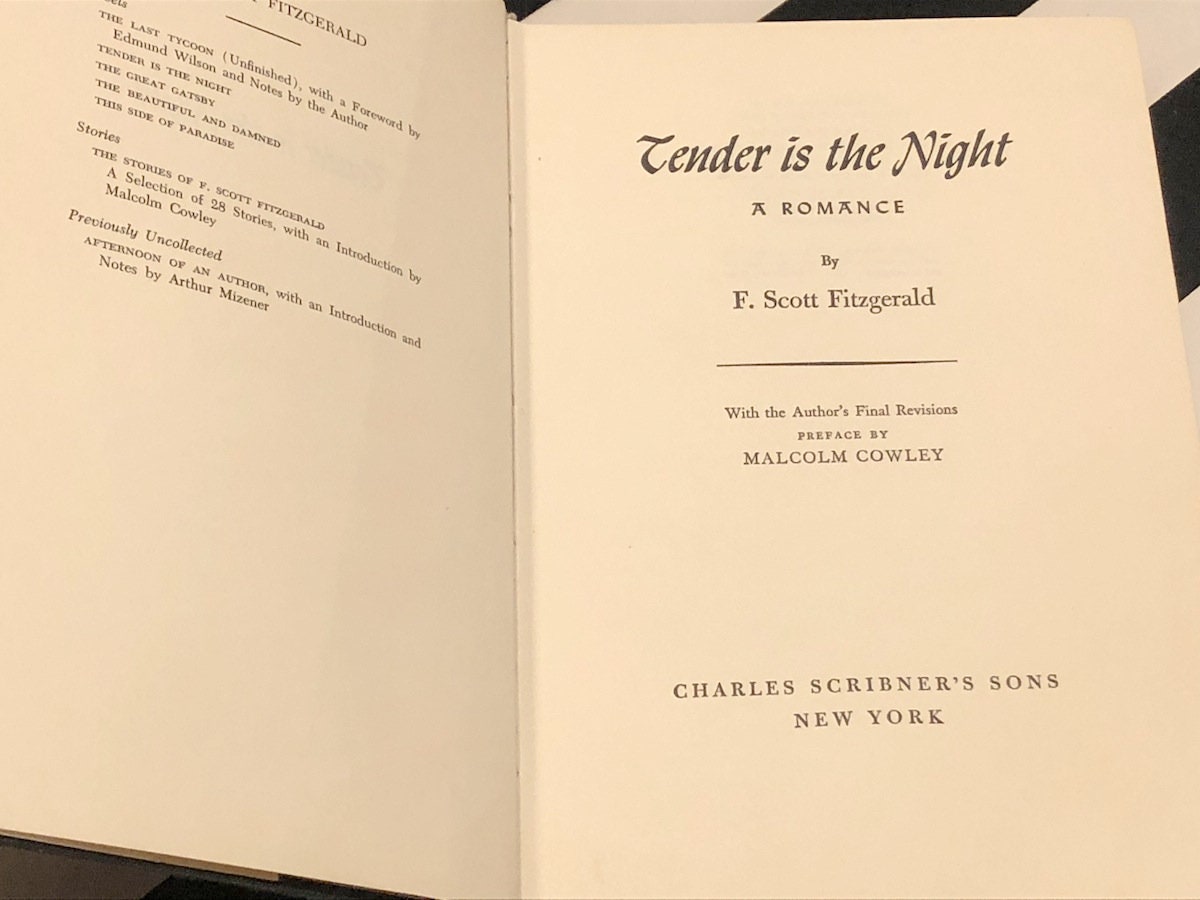 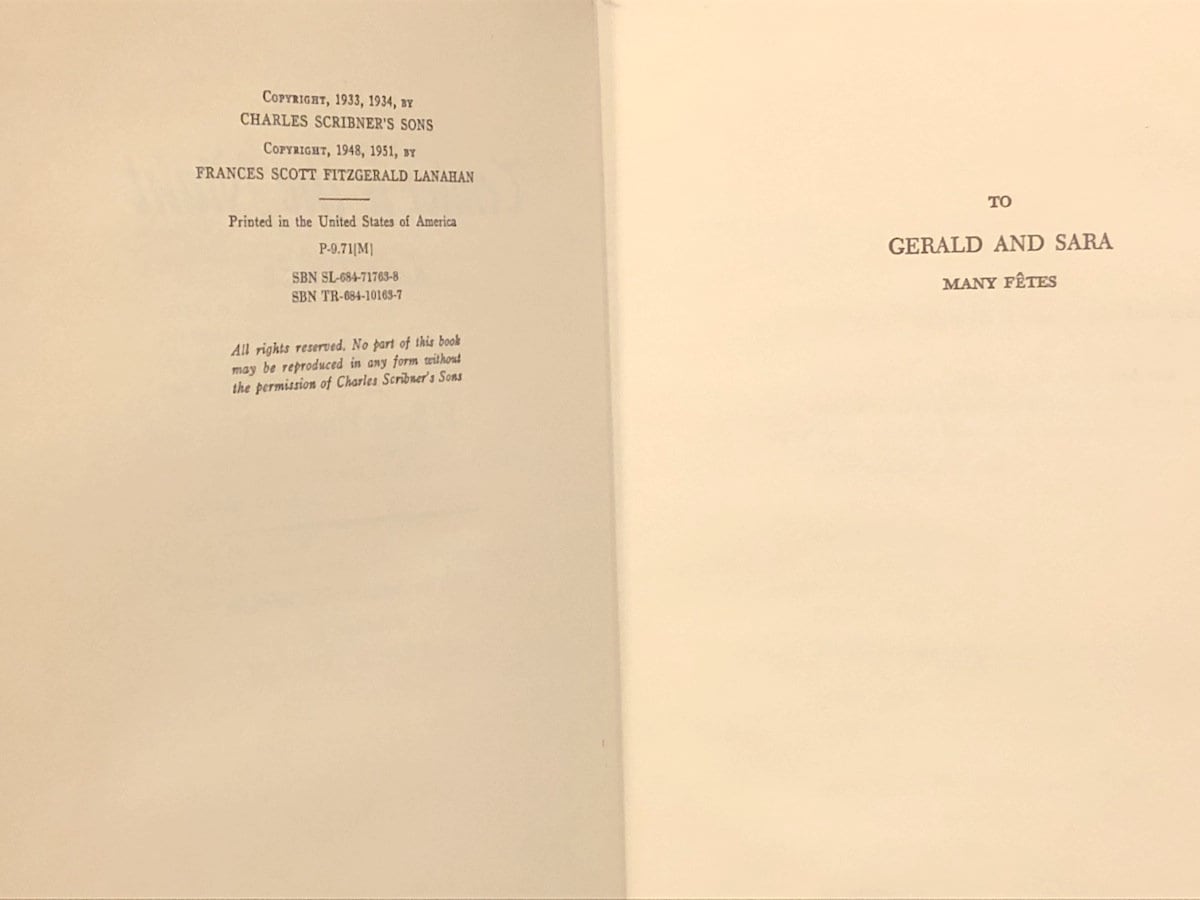 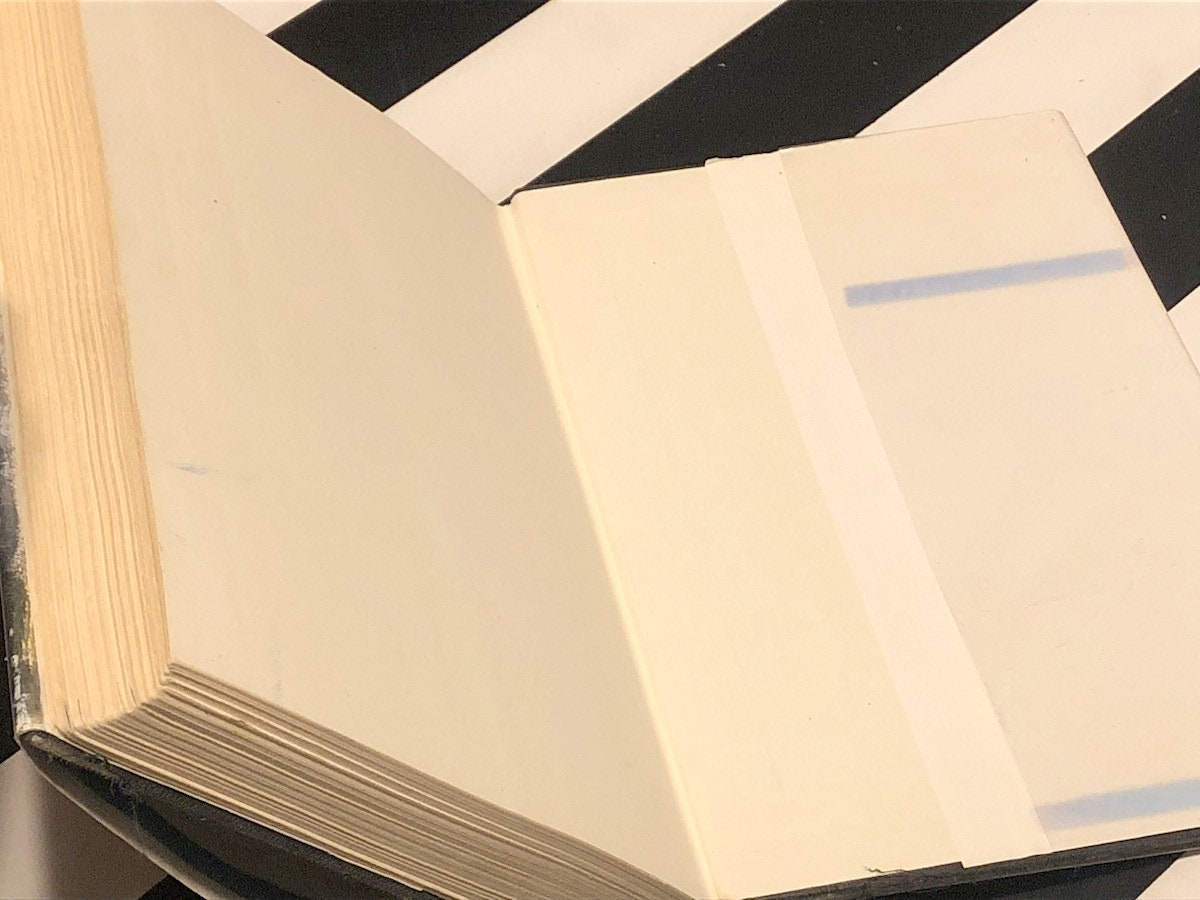 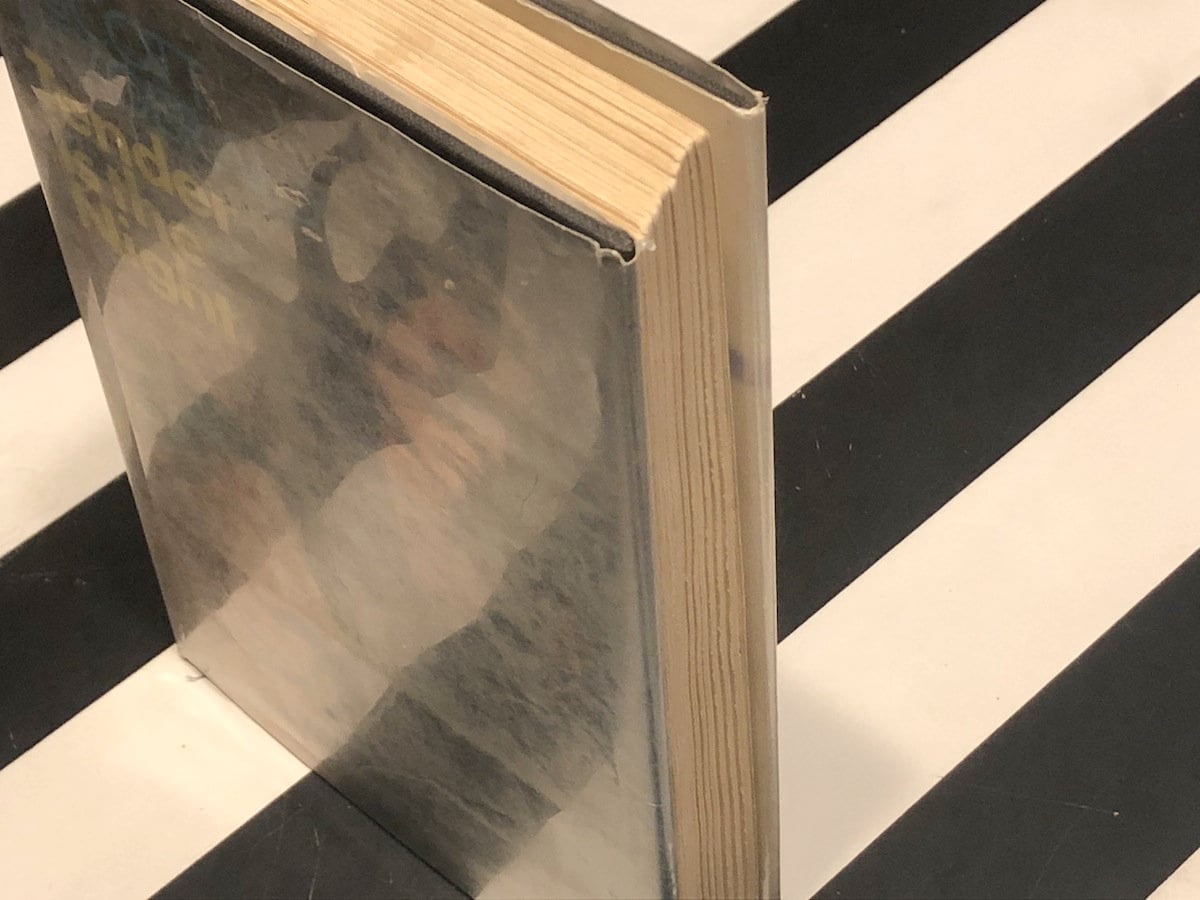 Tender is the Night by F. Scott Fitzgerald (1951) hardcover book

New York: Charles Scribner's Sons, 1951. Second edition (first trade edition published in 1934 by Scribner's; the novel was serialized earlier the same year, however, in Scribner's Magazine). Includes author's final revisions and a preface by Malcolm Cowley. Black cloth binding. 356 pp. Unprepossessing ex-library copy with stamps and Dewey Decimal razzmatazz on front free endpaper. No other library markings present, but edges of boards and textblock evince substantial handling. Scarce dust jacket variant is borrowed from an early mass-market edition (for reasons I could never figure out) and is in okay-enough condition under heavy-duty library mylar though it exhibits some altogether pardonable patchches of surface excoriation and rubbing at spine tips and forecorners; its flaps, however, have been glued to the pastedown paper on the inside of the covers and apparently glued securely enough to frustrate an abortive attempt to extricate the jacket. This has resulted in a 4cm tear to the front flap which terminates just short of author's head (see photos). Some books are better than they look but I'm afraid this isn't one of them. Still, it beats a paperback.