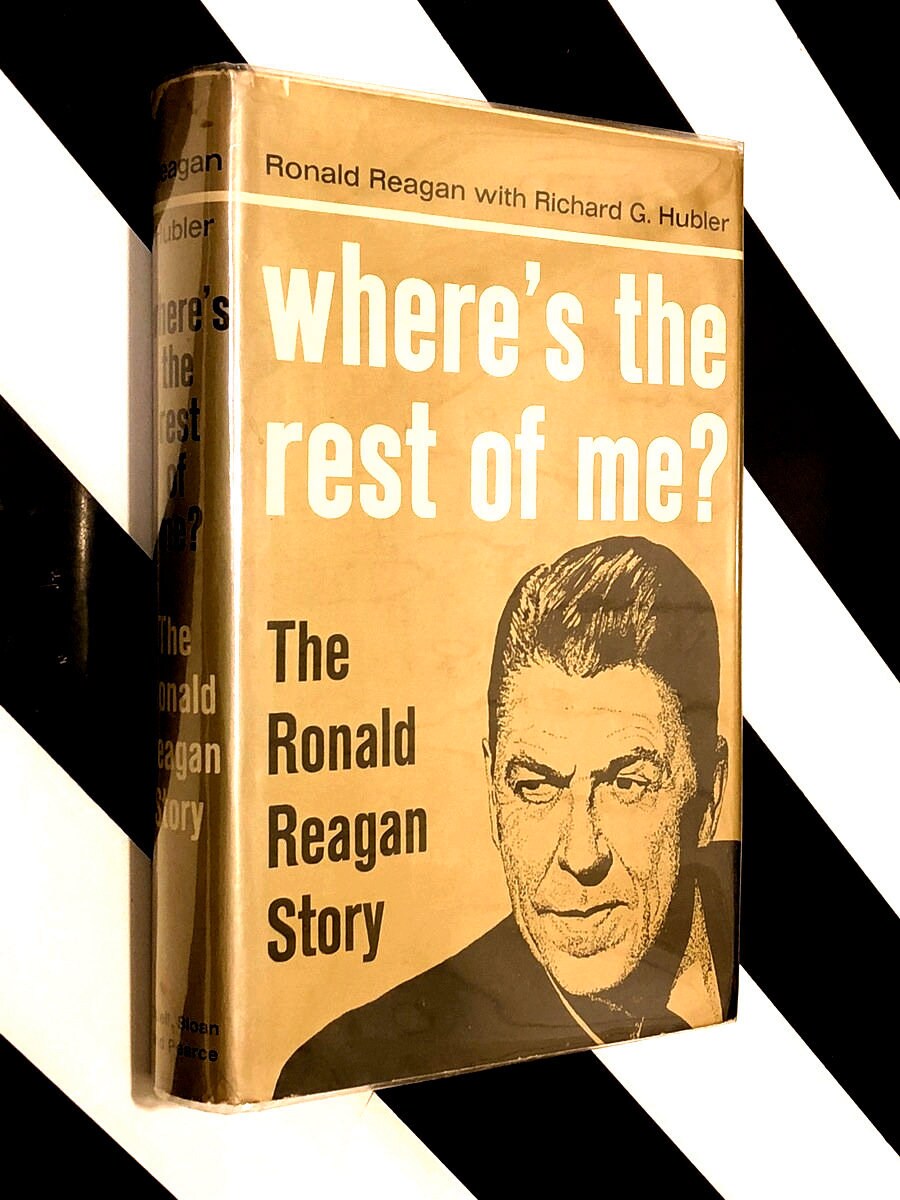 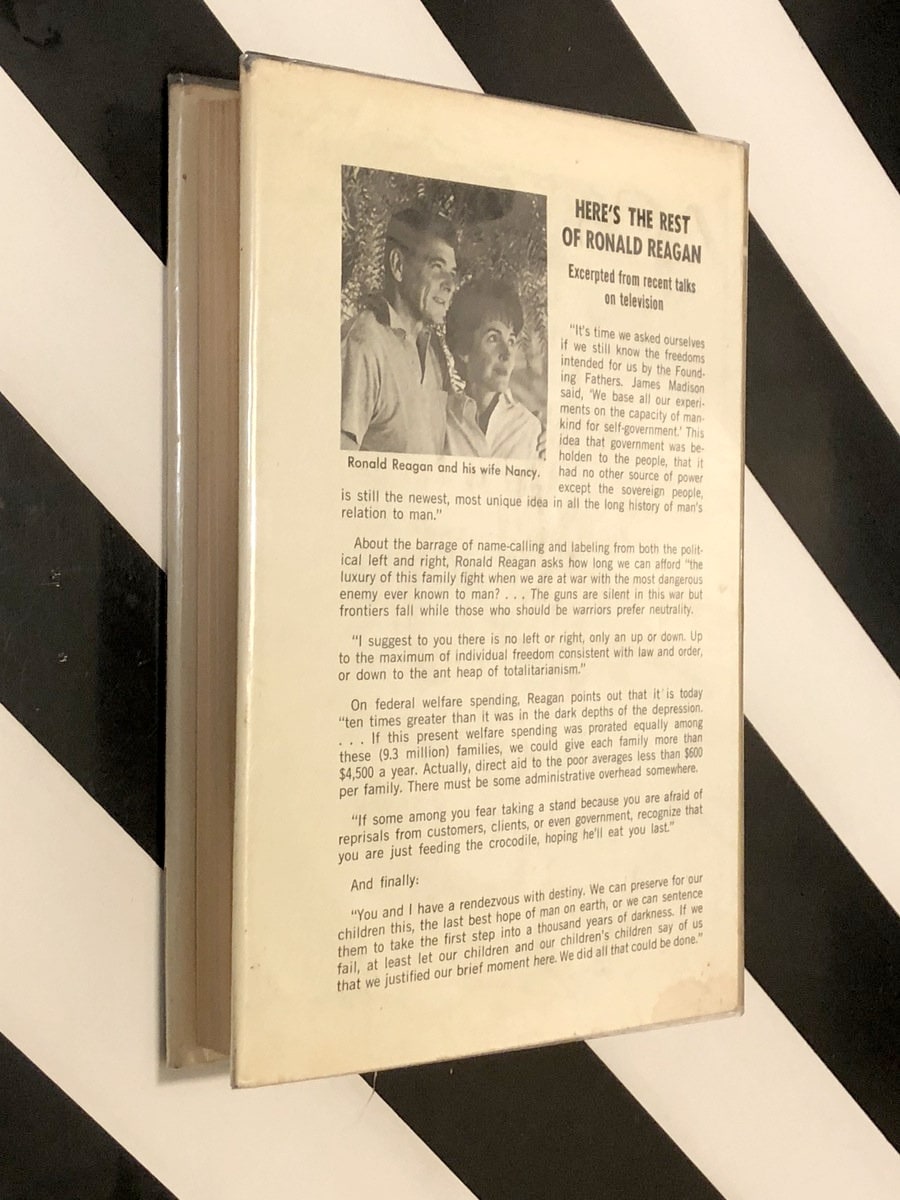 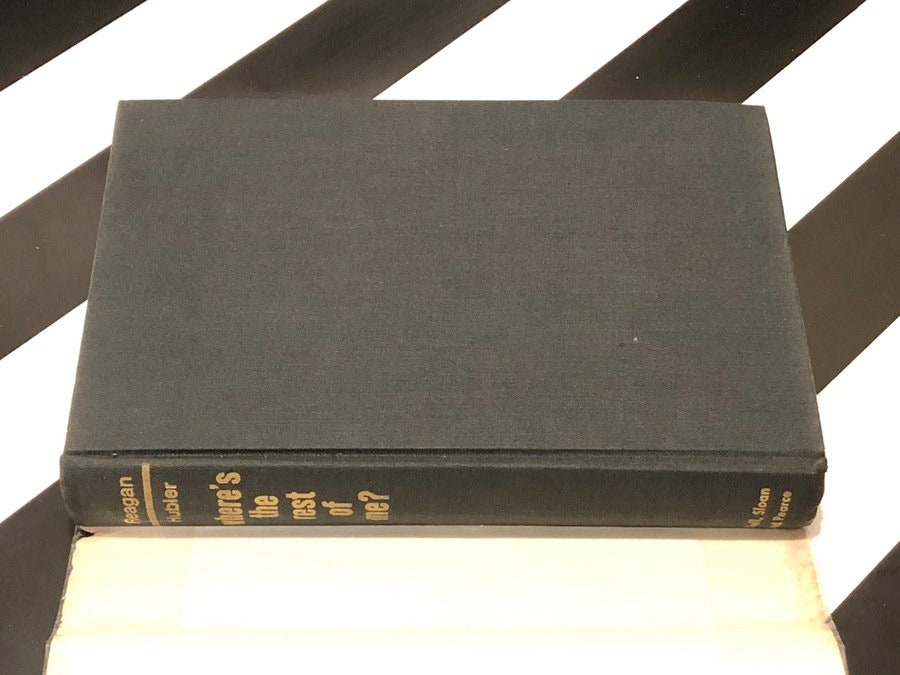 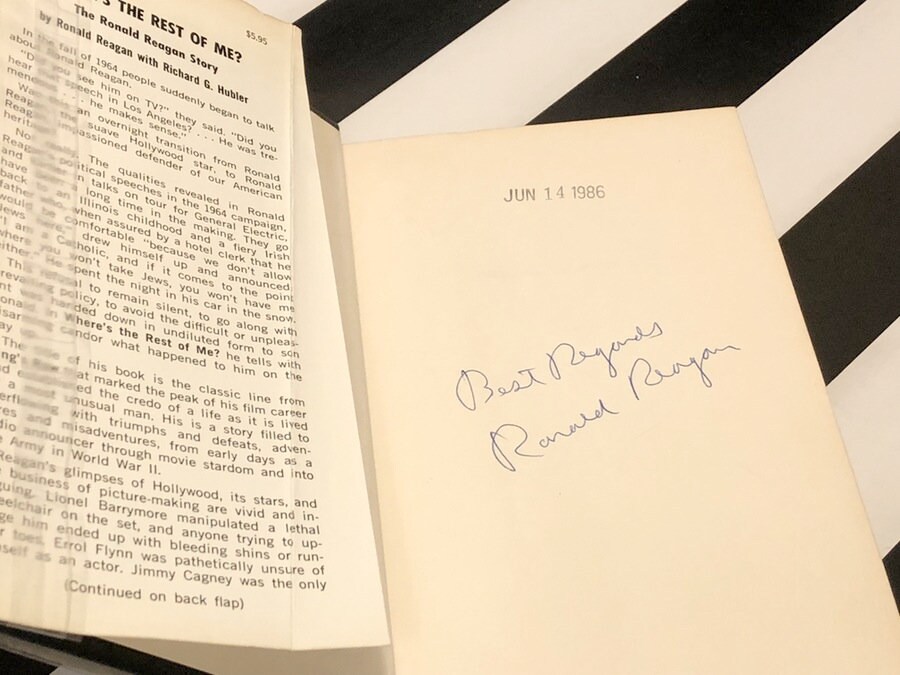 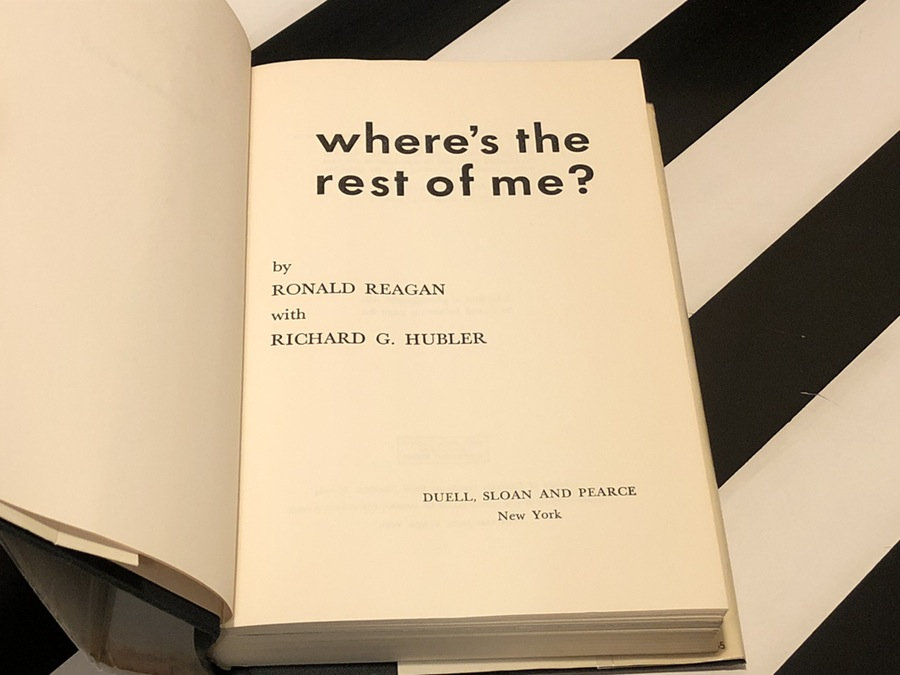 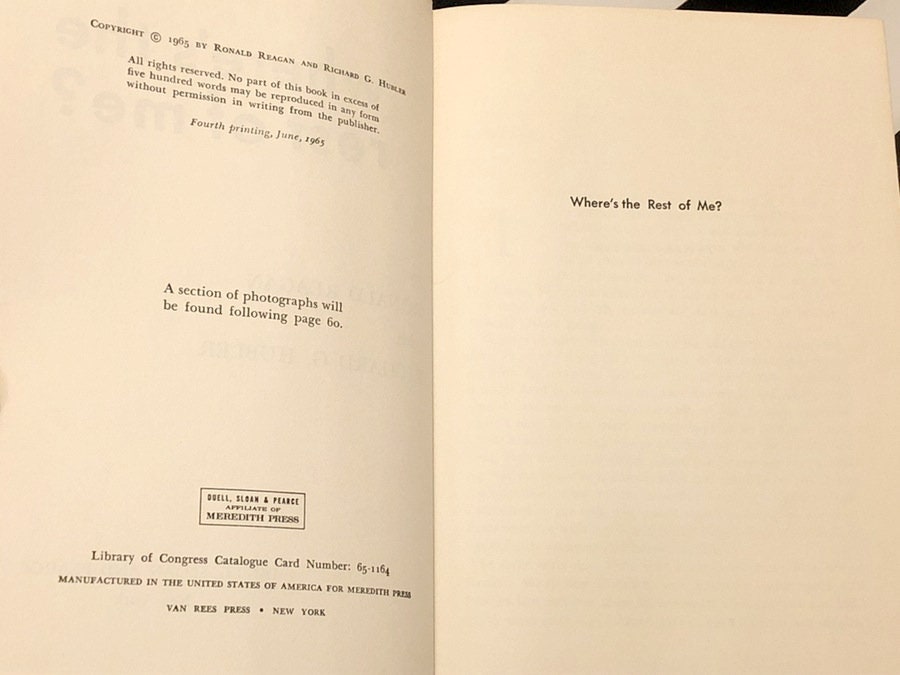 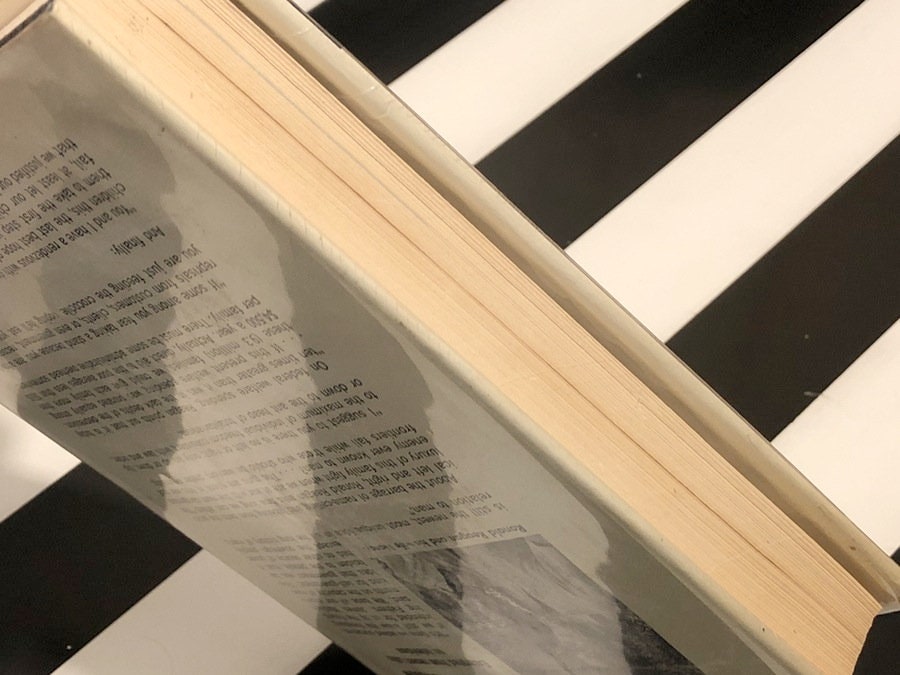 Where's the Rest of Me? by Ronald Reagan (1965) signed hardcover book

New York: Duell, Sloan and Pearce, 1965. First edition, sixth printing (1965). With Richard Hubler. Hardcover. 8vo. Black cloth binding. Very good condition. Signed by former President Ronald Reagan on the front free endpaper. Date of signing stamped just above Reagan's autograph. Clean boards and pages. Dust jacket has a little bit of wear at the head of the spine and forecorners but is still bright and in very good condition. 'Where's the Rest of Me?' was Reagan's first book and was published just as he began eyeing a career in politics. He was elected Governor of California two years later.