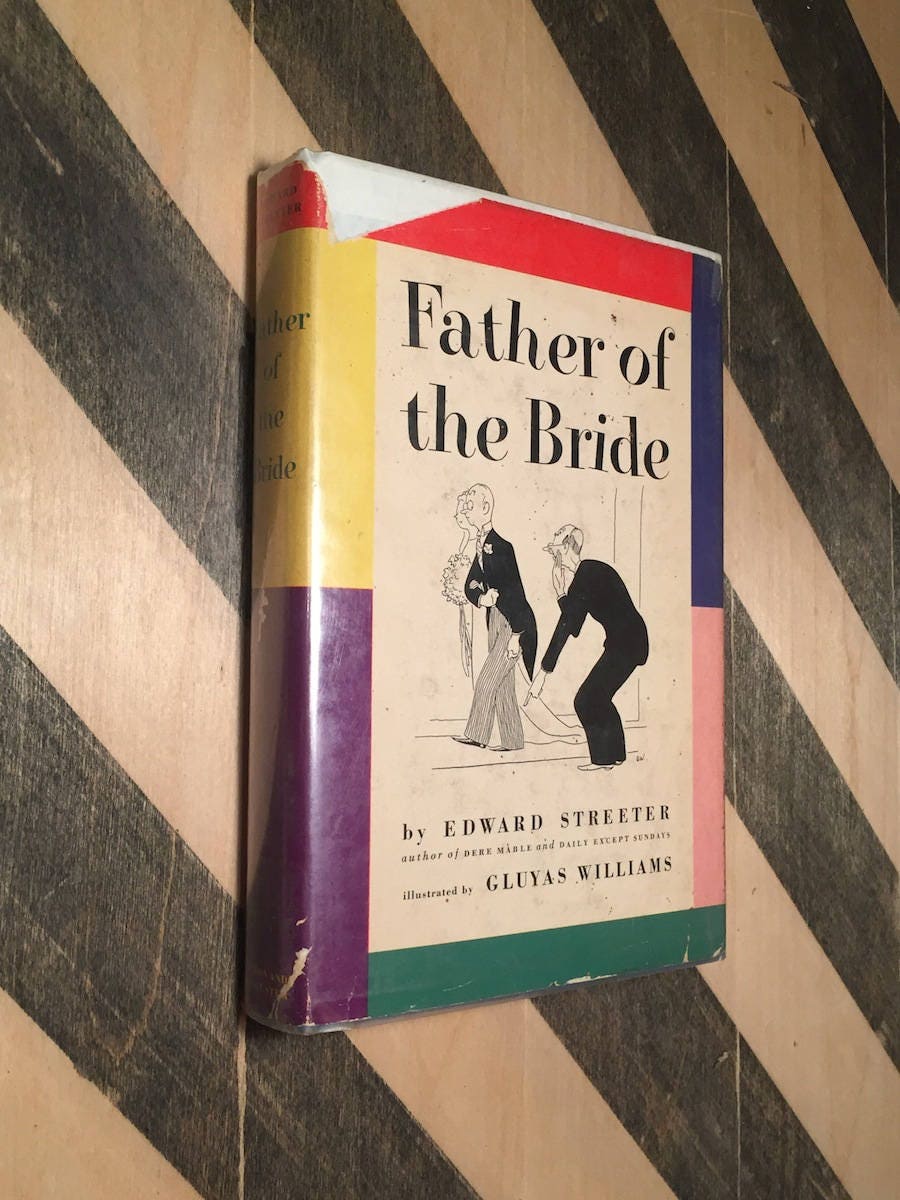 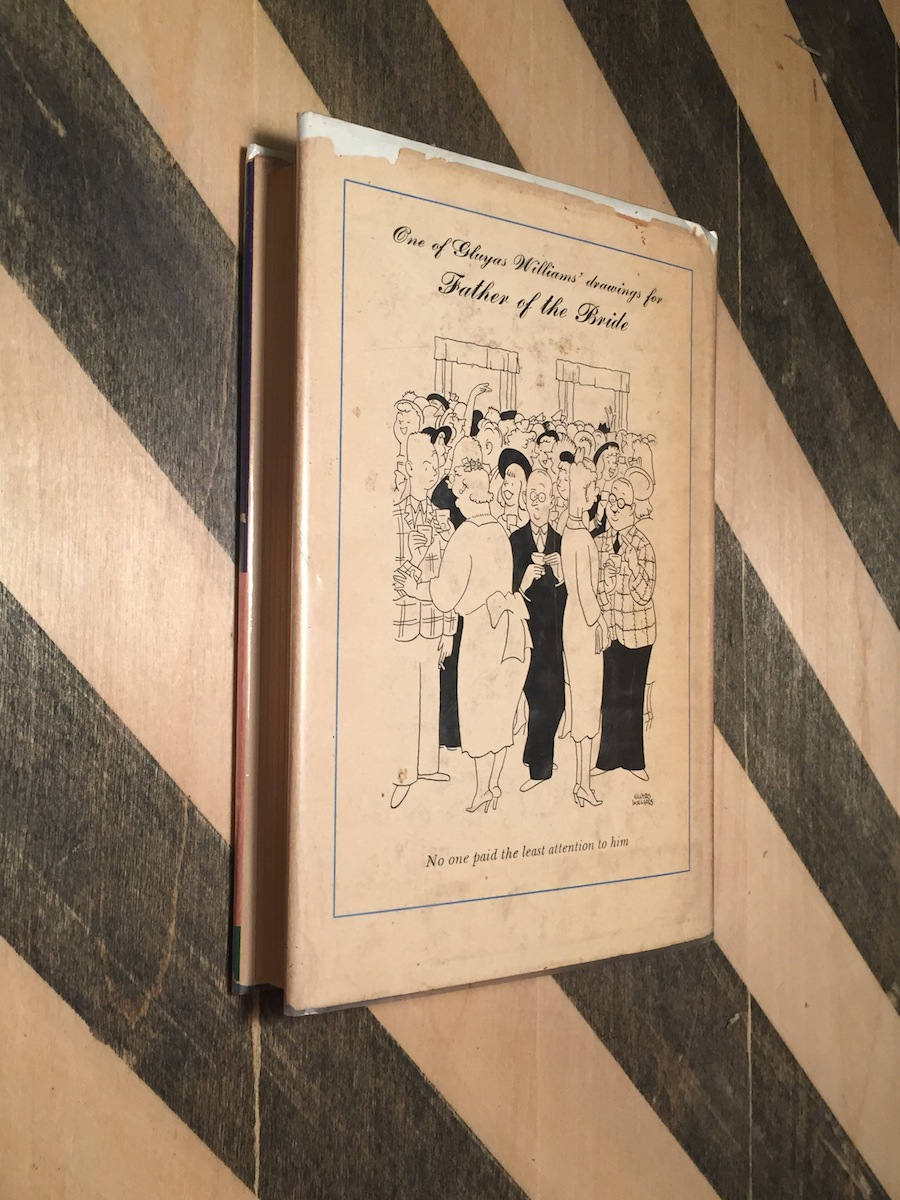 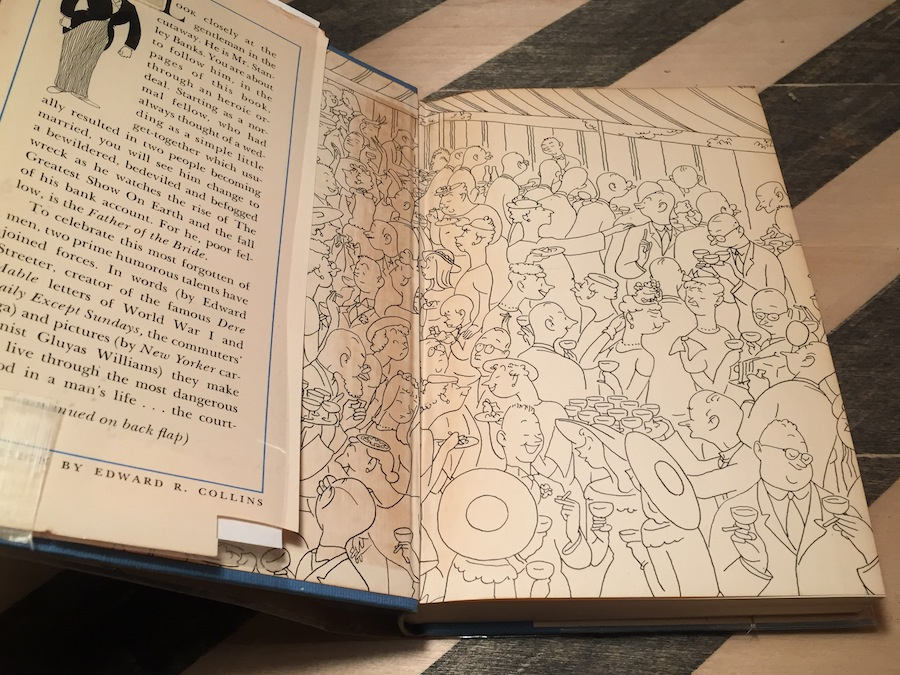 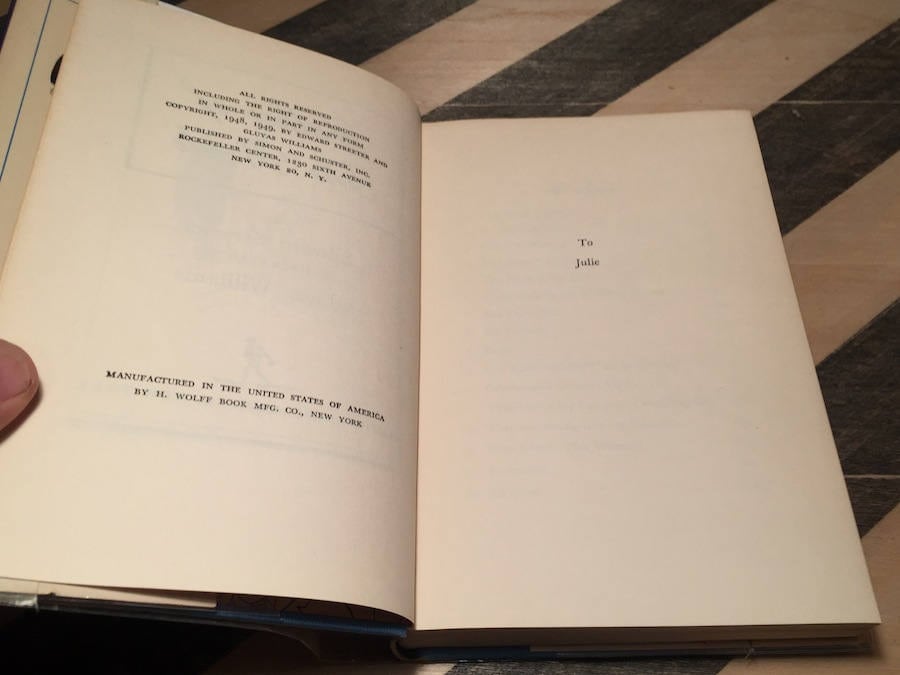 Father of the Bride by Edward Streeter (1949) hardcover book

Edward Streeter, Father of the Bride

Simon and Schuster, 1949. Hardcover. Edition unstated. Likely later printing of first edition, possibly book club edition (no blindstamp, however). Illustrated. Scuffing along lower edge of blue cloth boards; 1mm nick along top edge. Gift inscription on frontispiece recto from 'Nifty' to 'Daddy' on the occasion of his being Father of the Bride himself (a marking that is simply too precious to count as a flaw, in my opinion). Dust jacket is price-clipped--or made to appear so anyway, supposing Nifty to be unscrupulous enough to swindle her own dad on the Big Day--and well worn along its periphery, missing a a little chunk near the crown of the spine (see photos). Basis for numerous comedic film adaptations, including eponymous franchise starring Steve Martin.